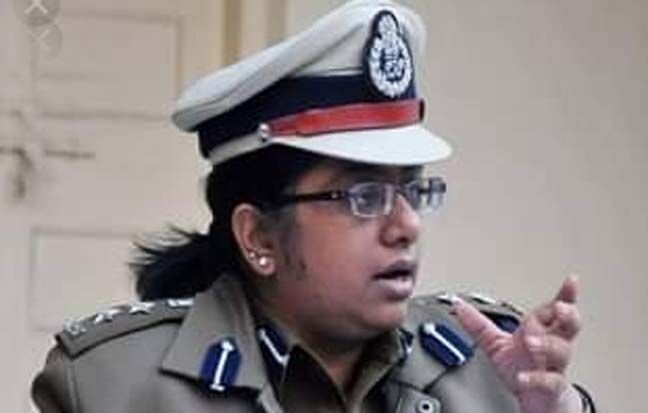 Chhaya Sharma, the then DCP, South District. (photo via IANS)

NEW DELHI (IANS) – Nine years have passed since the barbaric gang rape of a 22-year-old trainee physiotherapist, leading to her agonizing death, but the Delhi police officer who cracked the case still remembers her key and detailed testimony, despite her “bad state,” that helped to nab the perpetrators.

Nirbhaya, as the woman who was brutally raped on Dec. 16, 2012 was referred to, finally got justice on March 20, 2020, when her surviving rapists – Mukesh Singh, Vinay Sharma, Akshay Thakur, and Pawan Gupta – were executed at Tihar Jail. Another accused, Ram Singh, had committed suicide in jail, while the juvenile has served his sentence and was released.

In an interview to IANS, Chhaya Sharma, the then DCP, South District, who solved the case in just 24 hours, recalled details about the horrific incident that shook the collective conscience of the country, and how the police managed to track down and apprehend the accused.

Sharma, a 1999-batch IPS officer, who was recently posted as the Joint Commissioner of Police, Economic Offenses Wing, also has the credit for solving the high-profile murder case of liquor baron Ponty Chadha and the Deepak Bharadwaj murder case.

Following are excerpts of the interview.

Q: Tell us about the time when you first met Nirbhaya?

A: What I saw was a confident girl. She was in a bad state and despite being in such a condition, she was able to tell us details which mattered. She remained calm and narrated the entire dreadful episode with confidence. She was even able to inspire a sense of confidence in us. She told me, ‘Madam, Chhodna Nahi (Don’t let them off)’. These words filled me with extreme confidence. I can rightly say that she was an epitome of courage.

Q: What were the biggest hurdles that you faced while investigating the Nirbhaya gang rape case? And how did you tackle them?

A: When we initiated the investigation, it was like searching for a needle in a haystack. In most of the cases, the victim knows the perpetrator, however, it was different in this case. She didn’t know any of the six sadists, but, however, provided every minute detail about them. Collecting all the minute details, first, we acquired a list of 370 white buses registered with the RTO after which several teams were deployed searching that bus. And finally we found it. Moreover, it was God’s mercy that the two victims – Nirbhaya and her male friend – survived the onslaught at that time and helped us find the culprits.

Q: Justice delayed is justice denied. Do you think justice was delayed to Nirbhaya?

Q: Demonstrations were going on throughout the national capital at that time. Did you feel there was public pressure in quickly solving the case?

A: Our work was to probe the incident. We were only answerable to the court of law. Most cases are quickly solved by Delhi Police and it is one of the most professional forces to work in.