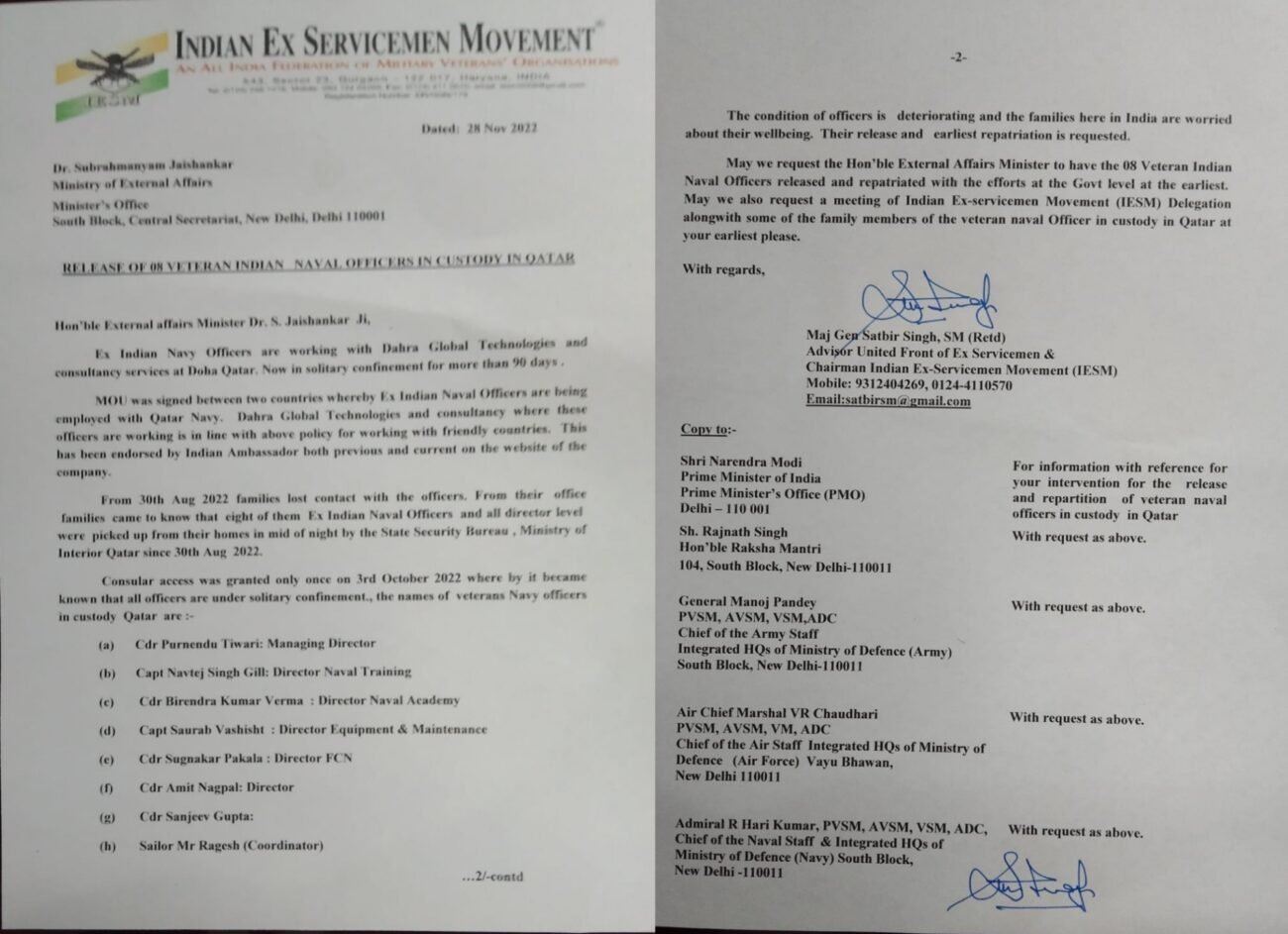 KOLKATA, (IANS) – While all eyes are on the ongoing football World Cup in Qatar, little is known of the fate of eight ex-Indian Navy personnel imprisoned in that country for over 90 days now.

According to Major Gen. Satbir Singh (retd), chairman of IESM, the ex-Indian Navy personnel were working for Dahra Global Technologies and Consultancy Services in Doha, as per a Memorandum of Understanding between India and Qatar. Their job was to train Qatar Navy personnel.

“The families of the ex-Indian Navy personnel lost contact with them on August 30. From their office in Doha, the families came to know that they were picked up around midnight from their homes by the State Security Bureau, Ministry of Interior, Qatar. One wonders how this could have happened when the eight were working under a policy to train personnel of friendly navies. This has been endorsed by Indian Ambassadors to Qatar,” Singh tweeted.

Consular access was granted to the eight only once on October 3, when it came to be known that they are in solitary confinement. According to a source, they have been wrongly charged with espionage, apparently at the behest of one of India’s neighbors.

Singh, in one of his tweets, has also expressed apprehension that unless the Indian government takes immediate action, the eight may face torture to extract false confessions.