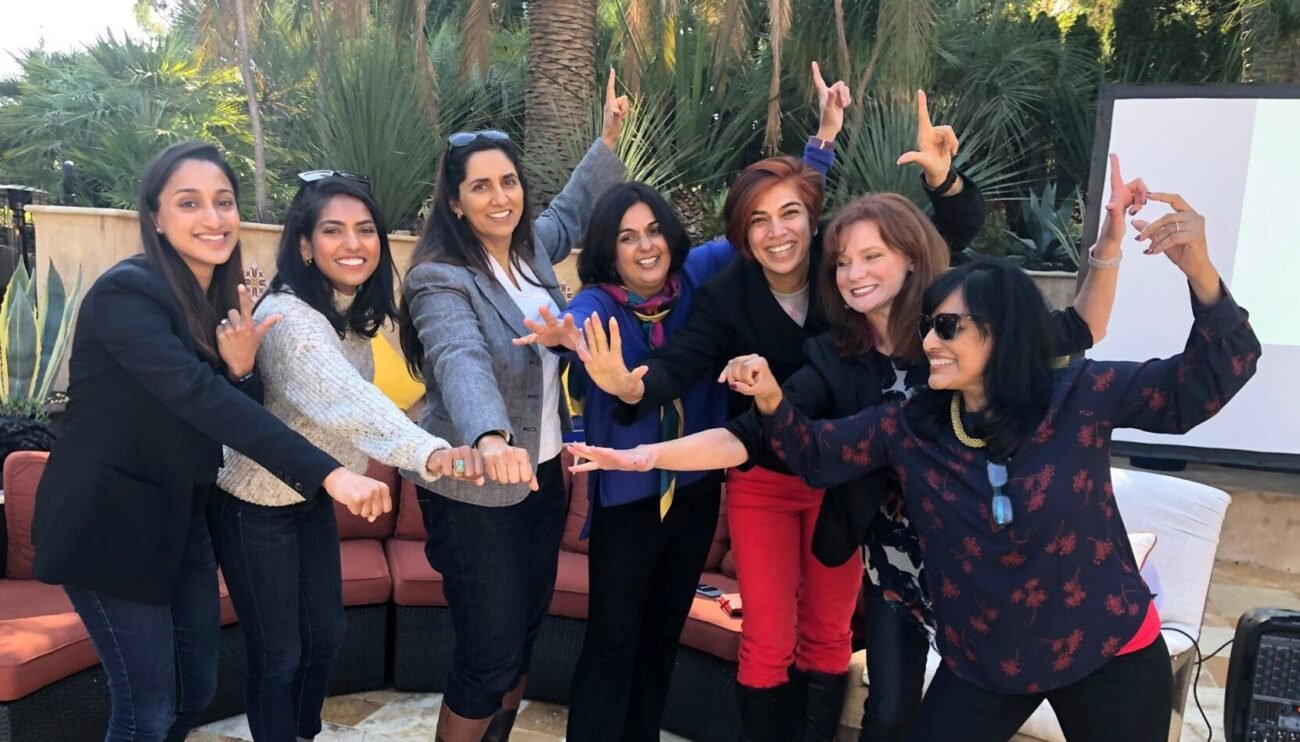 The non-profit organization Neythri is aiming to build a pipeline of South Asian women for leadership roles. Neythri’s Indian American co-founder Chitra Nayak told India-West that while she was in a leadership role at Salesforce, “I found that women were often in quest of ways to make themselves heard in the aggressive, male-dominated environment that is often found in tech companies.” (Neythri photo via Facebook)

The non-profit organization Neythri, which aims to build a pipeline of South Asian women for leadership roles, announced two new initiatives at a virtual event Aug. 5: Neythri Circles, and the Neythri Hub, a new digital platform on which members across the globe can connect, engage and collaborate with each other.

Sankaran, an active angel investor and a member of several women-led investor networks that invest in women entrepreneurs, said she observed a lack of South Asian women role models, but an increasing energy around what South Asian women were accomplishing.

Nayak, who has served as the chief operating officer for several San Francisco Bay Area companies and also serves on several boards, told India-West: “As a leader at Salesforce during the years from 2007-2015, I found that women were often in quest of ways to make themselves heard in the aggressive, male-dominated environment that is often found in tech companies.”

Ramaswami, a technology growth equity investor at ICONIQ Capital, said she wanted a cross-generational community from whom she could draw inspiration and build lasting connections.

“During the pandemic, women really came together in ways we probably couldn’t have otherwise,” said Sankaran during the Aug. 5 ‘Chai Time With Neythri’ via Zoom. “We wanted to create a group of women who could support one another.”

“The common cultural context of the South Asian experience, regardless of where in the world you live, is opening up conversations among a community of women traditionally quite conservative in asserting themselves and networking.”

“Neythri provides a safe and nurturing environment that can begin to elevate more South Asian women across tech, finance, fashion, retail, healthcare and so much more,” said Sankaran, the former CEO of Koollage who also led regional operations for the U.S.-India Business Council and the American India Foundation.

Nayak told India-West that there is a sizeable gender gap in business leadership roles, especially for women of color. Sharing data from a recent Morningstar report, Nayak noted that in the highest ranks of corporate America, there are seven times more male executives than females. At the CEO level, men outnumber women 17 to 1.

Moreover, men are chosen twice as often as women for leadership training.

Women entrepreneurs are also largely overlooked by investors. In 2017, out of $85 billion distributed in venture capital, just over 2 percent went to women-led start-ups. Women of color consistently get just 1 percent of VC funding, according to Entrepreneur magazine.

Nayak told India-West that Neythri aspires to bridge the gender divide for South Asian women. “We aim to create dynamic spaces for South Asian professional women to collaborate, share knowledge and connect to resources that will help them grow, thrive and support one another. This cross-generational, cross-industry platform aims to foster dialogue and leadership development through connections, mentoring, learning and support,” she said.

Since its launch, the organization has held 80 workshops and events, and also provides executive coaching.

The newly-launched Circles are at three levels: the Discovery Circle, a free membership; the Premier Circle at $99 per year, which gives access to 1 to1 mentorship, and free or discounted access to many events. The third is the Leadership Circle at $999 per year, for senior executives who can avail of the board readiness program, an executive opportunities job board, and other benefits. All circle members can avail of the Neythri Hub.

Pragati Grover, a member of Neythri’s Founding Circle, told India-West there is only one South Asian woman for every 400 venture partners in the U.S. today.

“Neythri Futures Fund is disrupting the status-quo. I am truly proud to be supporting this mission as a founding limited partner,” said Grover. “Before I joined Neythri, I had never been interested in investing or had the tools to join a Board. Thanks to Neythri I have attended ‘Board Readiness’ workshops.”

“We are building a Neythri nation,” she stated.

The organization’s Social Impact initiative helps women find and support causes they are passionate about, all the way from volunteering to learning about joining non-profit boards, said Nayak.