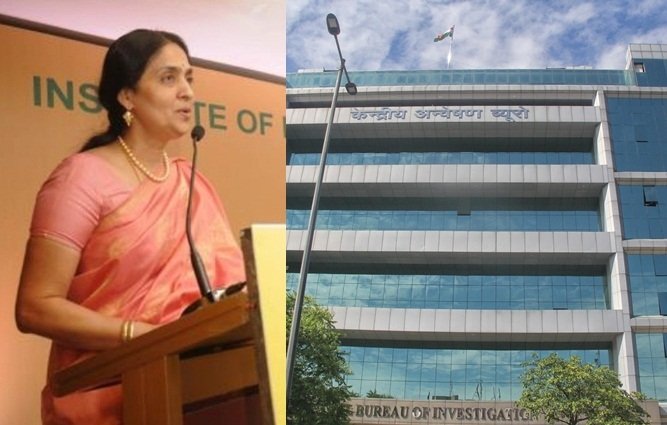 Ramkrishna was placed under arrest by the federal probe agency on Mar.6 night. She was produced before the Delhi’s Rouse Avenue Court. The CBI told the court that it wanted her custodial remand. The court after hearing their argument remanded her to seven days CBI custody.

Now CBI will confront her with evidence collected by them.

Earlier, Anand Subramanian, the ex-Group Operating Officer of the NSE, was arrested by the CBI on Feb. 24. The CBI has got his custody till Mar. 9.

The CBI will also confront Ramkrishna with Subramanian.

The federal probe agency is probing the matter since May 2018 but they haven’t found any concrete evidence to identify mysterious Himalaya Yogi with whom the classified information was shared by Ramkrishna.

Recently, the SEBI imposed a fine of Rs 3 crore on her, after the market regulator found that she allegedly shared vital inputs about the NSE with the yogi. “Information regarding organizational structure, dividend scenario, financial results, human resource policies and related issues, response to regulator, etc, were shared by her with the yogi,” said the source. Between 2014 and 2016 she sent emails at rigyajursama@outlook.com.

Subramanian was made the Chief Strategic Advisor of the NSE. He served at this post between 2013 and 2015 before being made Group Operations Officer and Advisor to the MD between 2015 and 2016, despite having no exposure to the capital market.