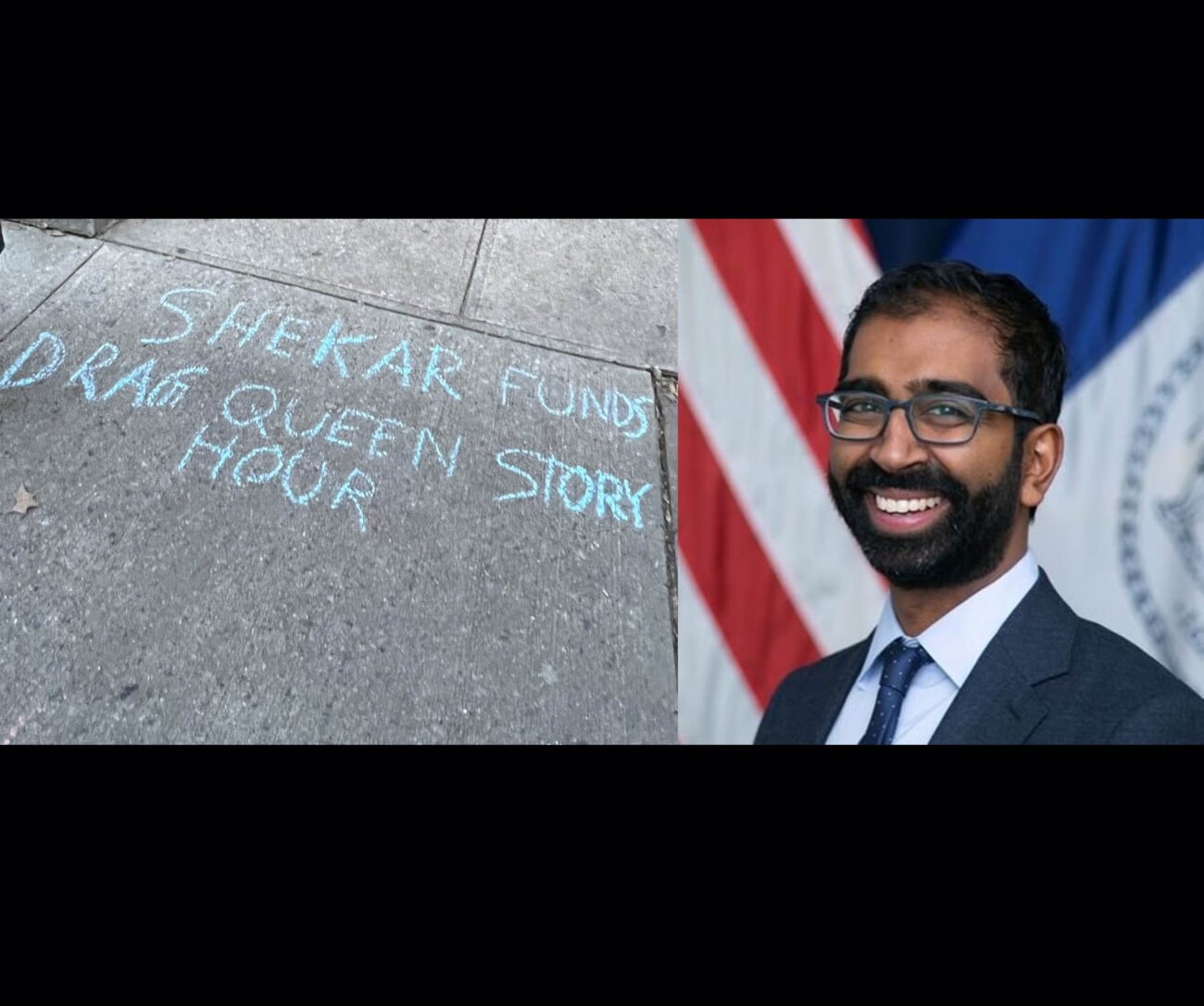 Krishnan, who is the Council Member for District 25, came home last week to find anti-drag protesters shouting slurs and vandalizing the sidewalk outside his home in Jackson Heights.

“…after a meaningful day of reflection on Dr (Martin Luther) King, I came home to homophobic and transphobic protesters outside my door, again, vandalizing the sidewalk & shouting slurs with my children inside,” Krishnan wrote on his Twitter handle.

The protesters screamed “Shekar is a pedophile, he is a groomer” when his wife and children were inside the house.

“This disgusting behavior is another reminder of the work ahead of us,” Krishnan, the first Indian American ever elected to the City Council in history, tweeted.

A civil rights lawyer and a long-time community activist, he stated that the New York City Council is committed to Drag Story Hour and to LGBTQIA+ communities across the city.

“This @NYCCouncil is committed to Drag Story Hour. With every display of hate, our commitment to love and inclusivity only grows,” Shekar wrote in his tweet.

The next Drag Story Hour in Jackson Heights is on February 24.

He told CBS News that vile messages also clog his social media and phone lines because he supports Drag Story Hours, activity parents can choose for their kids, or they can avoid.

Drag Story Hour protests have been on the rise in the US for the past few weeks, with demonstrators calling it “inappropriate” and that “it should not exist”.

These Drag Story Hour events — usually hosted at public libraries and bookshops — are aimed at children aged between three and 11 years, to introduce them to diverse role models and LGBTQ+ people.

The first event was founded in San Francisco by LGBTQ+ author and activist Michelle Tea in 2015, who said she came up with the concept as a child-friendly way to introduce her young son to LGBTQ+ culture.