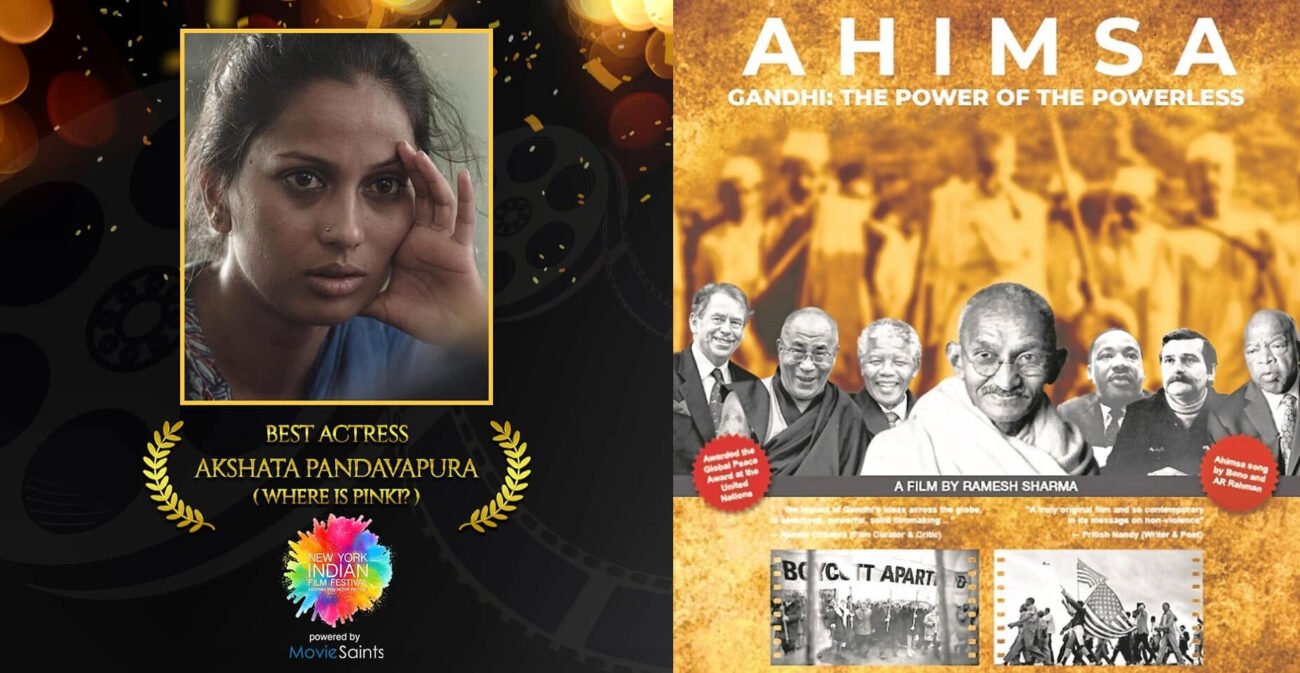 The Kannada film, “Pinki Elli” (“Where is Pinki”), which opened the 2021 edition of the annual New York Indian Film Festival, also won top honors at the festival – Best Screenplay award for Prithvi Konanur and Best Actress award for Akshata Pandavapura.

Through “Pinki Elli,” Konanur said he “wanted to hold a mirror to the society.” The film offers a gritty glimpse into the perspectives and experiences of everyday people. The complex tale weaves together the story of Bindu and Girish, a working couple in Bangalore with an eight-month-old baby girl, Pinki. When Pinki goes missing, the frantic search effort forces the film’s characters to confront strange places, people and situations that require each of them to reconcile their past, present and future.

When the awards were presented June 14 during a virtual ceremony, a documentary feature on Mahatma Gandhi, “Ahimsa Gandhi”; a short documentary, “Seva,” highlighting the Sikh tradition; and the Tamil-language drama, “Nasir,” also won big.

“Nasir,” directed by Arun Karthick, was declared the Best Film. The Best Actor honor was accorded to Siddharth Menon for “June,” while Karan Dave won the Best Child Actor award for “Habaddi.”

In “Nasir,” salesman Nasir lives a contended life with his mother Fatima, wife Taj and nephew Iqbal in a closely populated ghetto. Employed in an apparel shop at the heart of a busy city, the middle-aged Nasir is a hard worker. He speaks humorously and makes others laugh. The film is an observational chronicle of an ordinary day in Nasir’s life.

Director Ramesh Sharma’s “Ahimsa Gandhi: The Power of the Powerless,” a tribute to Mahatma Gandhi, won the Best Documentary Feature award, while “Seva,” directed by Rippin Sindher, was declared the Best Documentary Short. The film shows how a wave of Sikh activists and leaders are challenging “otherism” through their seva, forcing the FBI to accurately report hate crimes against the Sikh community, according to the festival.

Ajitpal Singh won the Best Director award for “Fire in the Mountains.”

“Fire in the Mountains” tells the striking tale of Chandra and her husband, Dharam, who run an inn in a small Himalayan village. The terrain poses a problem for the family, who must transport their son, Prakash, down the mountain in his wheelchair for doctors and school. While Chandra believes Prakash needs more medical attention, Dharam would rather put his faith in a shamanic ritual he believes will rid them of a deity’s curse, the cause of Prakash’s affliction. Tensions increase as their worldviews collide and slowly erode their familial ties.

“Tasher Ghawr,” directed by Sudipto Roy and starring acclaimed actress Swastika Mukherjee, won the award for the Best Short Narrative. The story revolves around Sujata, a middle-aged housewife residing in Kolkata with her husband during the COVID-19 lockdown phase.

The festival, presented by the Indian American-founded Indo-American Arts Council, was held virtually from June 3-13.