HomeIndiaOutrage Over Release of Bilkis Bano Rapists in Gujarat; Fearful, She Begs to be Left Alone

Outrage Over Release of Bilkis Bano Rapists in Gujarat; Fearful, She Begs to be Left Alone 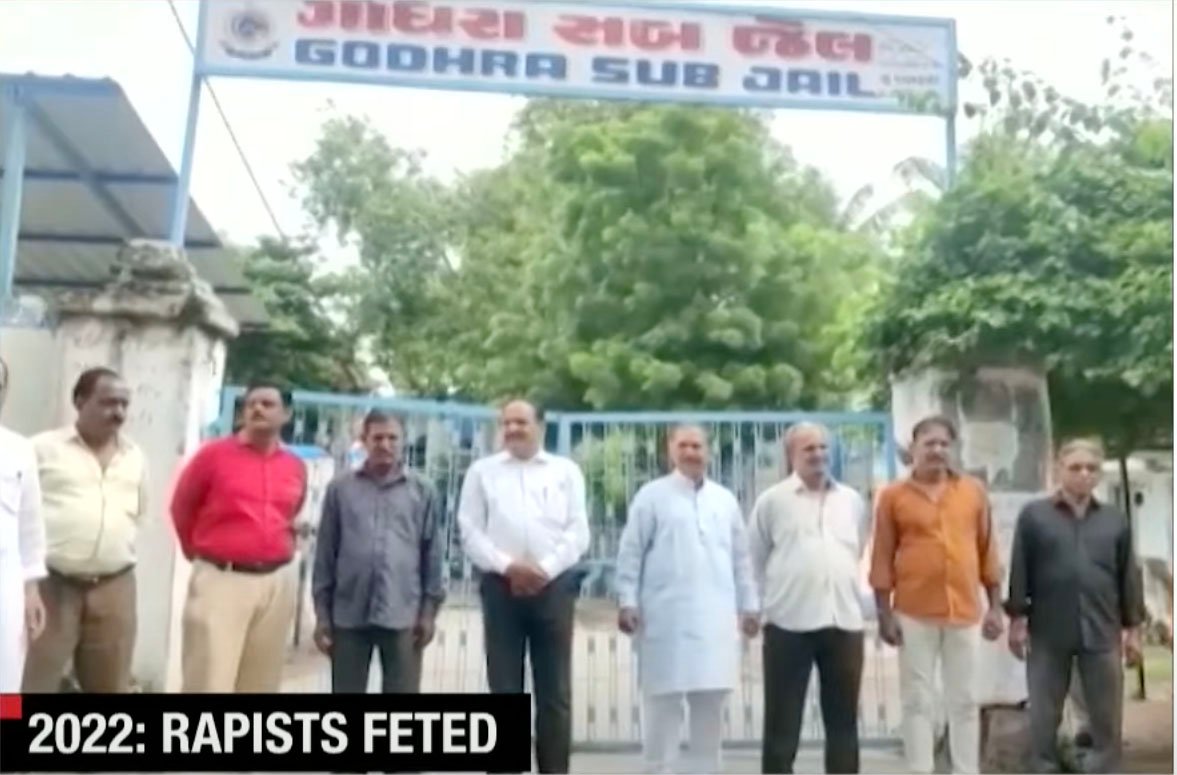 Outrage Over Release of Bilkis Bano Rapists in Gujarat; Fearful, She Begs to be Left Alone

HYDERABAD, (IANS) – On August 15, all 11 life imprisonment convicts in the Bilkis Bano gang rape case and murder of seven members of her family on January 21, 2008, walked out of the Godhra sub-jail after the Gujarat government allowed their release under its remission policy.

According to reports, the convicts had served more than 15 years in jail and one of them had approached the Supreme Court with a plea for premature release, to which the apex court had directed the Gujarat government to investigate the issue of remission.

A video that has gone viral showed the men lined up outside the Godhra jail while relatives gave them sweets and touched their feet to show respect.

Social media has been aflame pointing out that the release was against the guidelines issued by the union government and Gujarat state government. According to them,  rape and murder convicts cannot be granted remission.

“For several minutes Bilkis Bano could not believe that the convicts had walked free – she first broke into tears and then went silent,” her husband Yakub Rasool told The Indian Express. “We have been left numb, shocked and shaken,” he added. Bilkis Bano told the paper, “Just please leave me alone… “

“If you had really meant what you spoke about respecting women, urge you to intervene & rescind the Gujarat Govt remission order releasing 11 Rapists,” KTR, as Rama Rao is popularly known, tweeted.

He was referring to the Prime Minister’s speech on the Independence Day.

During his address from the ramparts of the historic Red Fort, he called for changing the mentality toward women.

“Sir, it is nauseating to put it mildly & against MHA order. Need you to show sagacity to the Nation,” KTR said in another tweet.

Senior Congress leader P. Chidambaram, reacting to a video showing convicts in Bilkis Bano being “welcomed” in Gujarat, said that Modi’s exhortation to people to respect women is “words” while the Gujarat government’s decision is “action”.