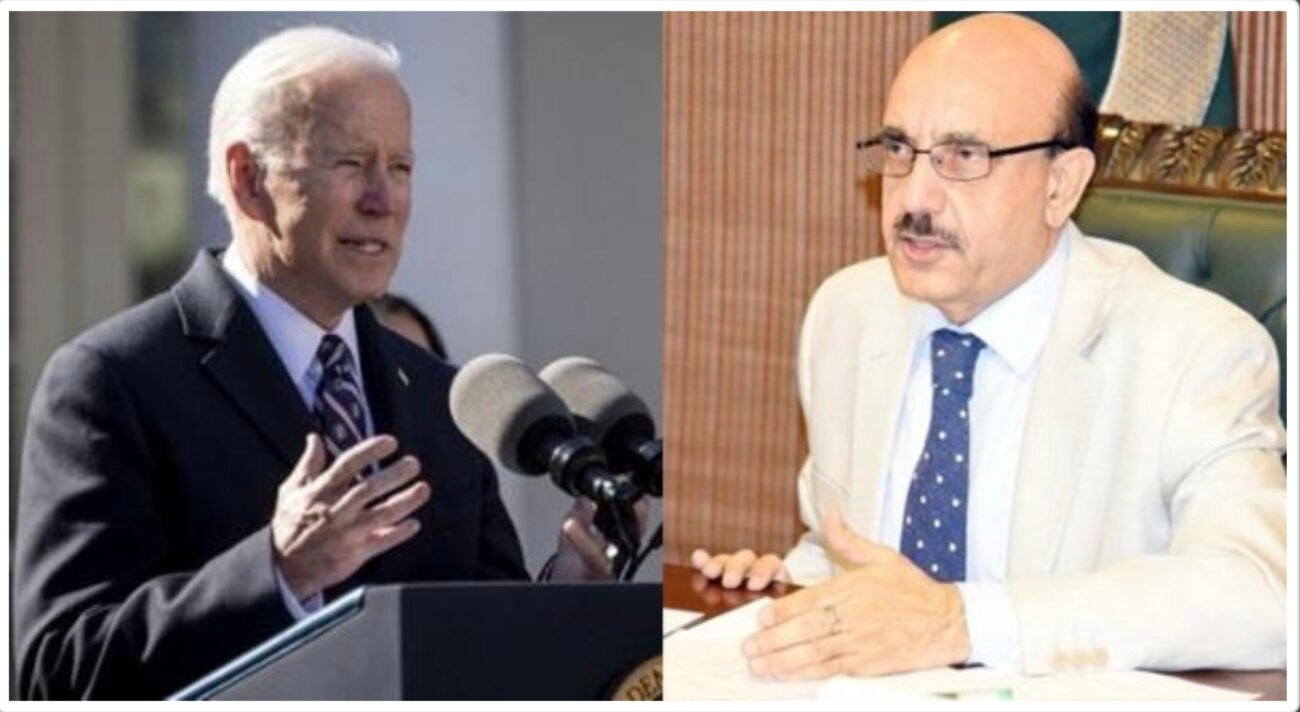 ISLAMABAD (ANI) – Appointed during the Pakistan Tehreek-e-Insaf’s tenure, Islamabad’s ambassador in Washington, Masood Khan met US President Joe Biden on his visit to the White House for a ‘meet and greet ceremony’ on June 14  as a part of the traditional ceremony where new envoys present their credentials to the head of state conforming to their appointment, Dawn reported.
According to a press release issued by the Pakistan Embassy in the US, Khan visited the White House for a “meet and greet” and an official photograph with the US president, an established tradition for newly appointed envoys. “During the ceremony, the US President and the ambassador had a brief conversation on building a strong basis for moving the US-Pakistan ties forward,” the statement said.
On his arrival in Washington earlier this week, Khan received a letter from the chief of protocol at the US State Department, endorsing his appointment as Pakistan’s ‘working ambassador’ in Washington.
According to Dawn, Khan was sent to Washington on March 25, when the PTI government was still in power, but after former prime minister Imran Khan’s ouster on April 11, there was speculation that the change in Islamabad would also impact diplomatic appointments.
However, in a statement, Pakistan’s envoy to the United Nations, Ambassador Munir Akram, explained that incumbent ambassadors continue to represent the country in foreign capitals unless specifically asked by the new government to return home and neither Ambassador Khan nor Ambassador Akram was asked to do so, the Pakistani media outlet added.
The US government follows a tradition whereby after the appointment of new ambassadors to Washington, a ceremony is held at the White House where new envoys present their credentials to the head of state conforming to their appointment.
Islamabad’s ambassador received a letter from the US president’s office on April 19th, formally confirming his appointment.
Meanwhile, the statement issued today said that forty-six other ambassadors were also present there for the official photograph with the President, which was taken one by one.
“They too had not been able to call on the President for more than a year because of the Covid-19 restrictions,” the statement read.