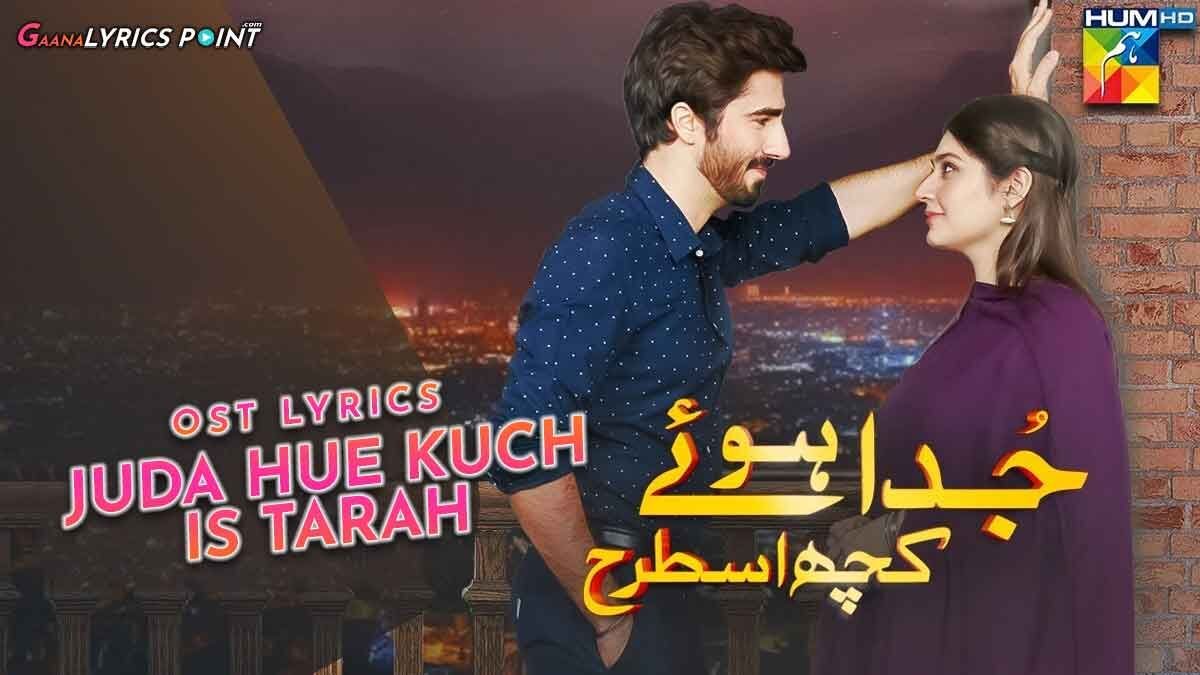 The poster for the controversial “Juda Huay Kuch is Tarah.” (Publicity photo)

A notification issued by the authority states that it has been receiving numerous complaints from viewers who believe that the content being depicted in dramas does not represent the “true picture of Pakistani society”.

“PEMRA finally got something right: Intimacy and affection between married couples isn’t ‘true depiction of Pakistani society’ and must not be ‘glamorized.’ Our ‘culture’ is control, abuse and violence, which we must jealously guard against imposition of such alien values,” said Reema Omer, Legal Advisor, South Asia, International Commission of Jurists.

“Hugs, caress scenes, extramarital affairs, vulgar and bold dressing, bed scenes and intimacy of married couples are being glamorized in utter disregard to Islamic teachings and culture of Pakistani society,” PEMRA stated, as per the report.

The authority added that it has directed channels time and again to review content with “indecent dressing, controversial and objectionable plots, bed scenes and unnecessary detailing of events”.

Most complaints received by the PEMRA Call Centre during September concern drama serial “Juda Huay Kuch is Tarah,” which created quite a storm on social media for showing an unwitting married couple as foster siblings in a teaser for an upcoming episode. However, it only turned out to be a family scheme after the full episode aired, but by that time criticism had mounted on HUM TV for using the themes of incest to drive the plot, the report said.