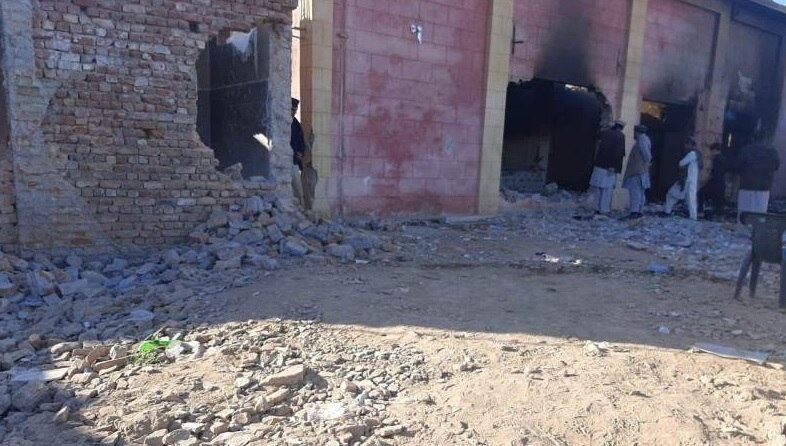 MULTAN, Pakistan — Pakistan on Aug. 5 deployed paramilitary troops in a conservative town in the country’s eastern Punjab province, a day after a Muslim mob attacked and badly damaged a Hindu temple there.

In New Delhi, India’s foreign ministry summoned a Pakistani diplomat to protest the attack and demand protection for Hindus living in the predominantly Muslim Pakistan.

The Aug. 4 attack took place in the town of Bhong in Rahim Yar Khan district after a court granted bail to an eight-year-old Hindu boy who allegedly desecrated a madrassa, or religious school, earlier this week. The mob damaged statues, burned down the temple’s main door and briefly blocked a nearby road.

The boy was earlier arrested on charges of intentionally urinating on a carpet in the madrassa’s library that housed religious books. The mob alleges he committed blasphemy, an act punishable by the death sentence in Pakistan, where mere accusations of blasphemy have in the past incited mobs to violence and deadly attacks.

Prime Minister Imran Khan condemned the attack on Twitter, saying he has ordered the provincial police chief to take action against any officers whose negligence may have contributed to the attack. Khan also promised the government would restore the temple.

Punjab police official Asif Raza said the police have a list of 50 suspects and promised speedy arrests. He said troops were now guarding the temple and that security has been provided to members of the Hindu community.

In New Delhi, India’s External Affairs Ministry spokesman Arindam Bagchi said such “incidents are occurring at an alarming rate while the state and security institutions in Pakistan have stood by idly and completely failed in preventing these attacks.”

Muslims and Hindus have mostly lived peacefully in Pakistan, but there have been attacks on Hindu temples in recent years. Most of Pakistan’s minority Hindus migrated to India in 1947 when India was divided by Britain’s government.