HomeIndiaIndia and the worldPakistan to Import Wheat From Russia With Cash

Pakistan to Import Wheat From Russia With Cash 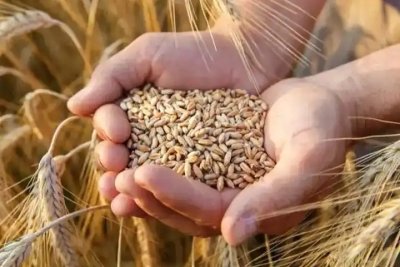 Pakistan to Import Wheat From Russia With Cash

ISLAMABAD, (ANI) – Pakistan is set to import two million metric tons of wheat from Russia with cash payment amid the continuing sanctions on Moscow that have made trade difficult with the Vladimir Putin government.

The decision was taken by a key economic committee which also waived off additional customs duties on the import of edible oil to incentivize the suppliers to fast track the shipments next month.

Earlier, the possibility of barter trade with Russia was being explored due to sanctions imposed by the West.

Although there are no sanctions on the import of grains from Russia, however, Pakistan government would have to work out a mechanism to make the payments.

This report comes as Pakistan is grappling with lower-than-expected levels of food output. The country is in urgent need to import key food items including edible oil, wheat, sugar, tea, and pulses.

The decision on wheat import was announced days after Pakistan said that it is open to importing oil and food products from Russia.

“Our policy is clear, you know in terms of expanding economic and trade relations, we have an open policy, driven by national interest. Wherever we see there is a national benefit, we pursue those options and avenues,” a spokesperson said.

The Pakistan foreign office spokesperson made these remarks while responding to a question that whether Pakistan was considering importing oil and food grains from Russia.

This comes as the government raised the prices of petroleum products by PKR 30 per liter, stating that the decision was taken to ensure the revival of the International Monetary Fund program and that they had no other option.