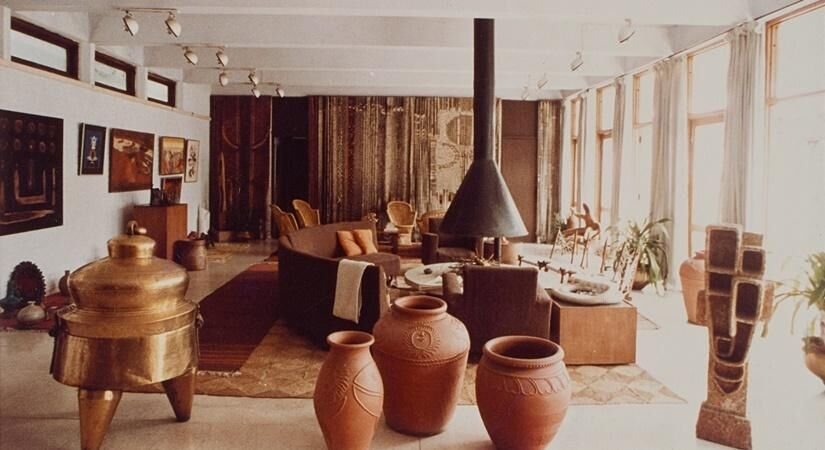 The Indian art collection of Patwant Singh will be auctioned by Sotheby’s Mar. 16. (IANS photo)

NEW DELHI – Patwant Singh (1925-2009) was one of India’s most important tastemakers and scholars, and an indefatigable champion of India’s design and art fraternity. Now his family’s art collection is headed to auction at as part of Sotheby’s Modern and Contemporary South Asian Art sale in New York on Mar. 16, including works by many of those artists he campaigned for and counted among his close friends.

According to Sotheby’s, the 12 works on offer were acquired by either Patwant, or his sister and her husband (Rasil and Romen Basu), who both worked for the United Nations in New York and were equally passionate collectors and patrons.

Most artworks were acquired directly from the artists themselves in the 1960s, ‘70s and ‘80s, and have not been seen in public since, including pieces by Satish Gujral, M.F. Husain, Ram Kumar, Akbar Padamsee, Pilloo Pochkhanawala, Ghulam Rasool Santosh, Narayan Shridhar Bendre and Zarina. The family archive of letters reveals the deep connections and friendships between the artists, Patwant, Rasil and Romen.

Patwant and Rasil were born to a family of real estate developers who built much of Lutyen’s Delhi, India’s new Imperial capital that was inaugurated in the 1920s. Patwant became one of the few early advocates of modernism in India and was convinced, much like the young contemporary artists of the time in the 1950s, that post-colonial India needed its own aesthetic, and set about defining what that should be.

Patwant’s own home was one of the most elegant modernist structures in Delhi. Originally an Art Deco villa owned by his parents, he commissioned the late Canadian architect Luc Durand (who also designed India’s first cinema) to re-design the house in the early 1960s.

Patwant was also one of the world’s foremost scholars of Sikh history, a political commentator and passionate conservationist concerned with the preservation of Delhi’s historic buildings. A published author, he has a number of important books including ‘The Sikhs’ (1999) and his final book ‘Empire of the Sikhs: The Life and Times of Maharaja Ranjit Singh’ (2008).