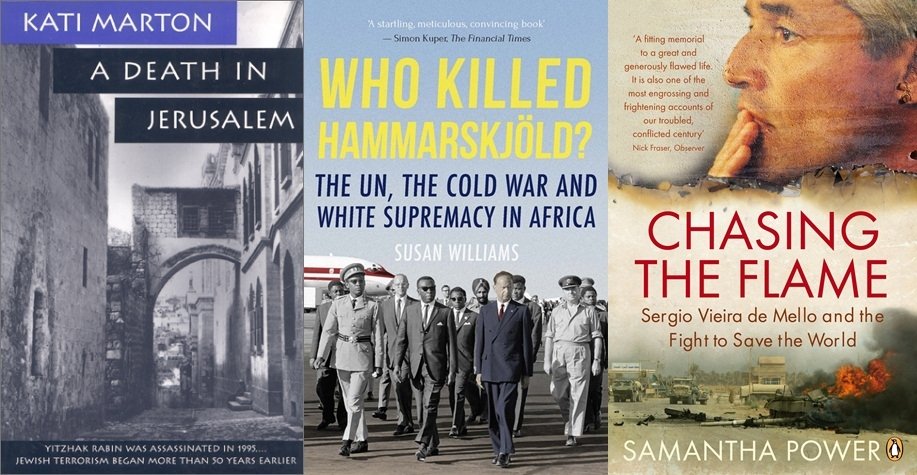 MUMBAI – The concept of peace is central to all religions, and the Bible even quotes Jesus Christ as saying: “Blessed are the peacemakers…”, but like many other precepts, it is honored more in the breach than in the observance. Likewise, the peacemakers are liable to attract suspicion and worse, the extremists’ violent prejudice, rather than any thanks or appreciation, as a spate of cases show.

In the last seventy decades in the wake of the First and the Second World Wars, as nations united to prevent the scourge of war, and if not, to at least ameliorate its effects on the innocents, peacemaking became a full-time and hopefully, sacrosanct activity. But, as said, both the peacemakers and the peacekeepers seemed to somehow attract the worst from the people whom they sought to protect, with zealots of either side or other vested interests gunning for them.

Mahatma Gandhi is the best example in the Indian context, over accusations that he was not mindful of the interests of his “own” people, and calling for amity at a time when a sort of “blood lust” seemed to have seized people. But there are more examples of those who sought to solve problems in faraway lands, where they had no stake at all, and still went to pay for it.

Let’s take up three cases – of two Swedes, and a Brazilian, who paid much for their efforts. Why they are still relevant is because peace is still elusive in the lands where they tried their best, and it is important to know what we can learn from them — and the mindsets of those who opposed and eliminated them.

The first was Swedish nobleman and diplomat, Count Folke Bernadotte (1895-1948), who had distinguished himself by rescuing over 30,000 prisoners from the hellish concentration camps of Nazi Germany in the closing months of World War II and bringing them to his country for treatment and rehabilitation.

Unanimously chosen to be the United Nations Security Council mediator in the Arab Israeli conflict of 1947-1948 in May 1948, he was successful in ensuring the first truce but amid it, he was shot dead in Jerusalem the same September by members of an extremist Jewish organization, who deemed him partial to the British and the Arabs and mistrusted his peace plan. His murderers were never brought to justice.

While Bernadotte’s own “The Curtain Falls” (1945), “Instead of arms: autobiographical notes” (1948), and “To Jerusalem” (1976) offer his views on his endeavors, the full story of his last futile venture can be better found in Kati Morton’s “A Death in Jerusalem: The Assassination by Jewish Extremists of the First Arab/Israeli Peacemaker” (1994).

Not only does this explain the anatomy of the assassination and why its perpetrators were shielded and the violent legacy that has since characterized Arab-Israeli negotiations, but also shines light on the fratricidal conflict between Jewish moderates and extremists in the newly-born state as well the passion that first dictated the tactics of terrorism in Israel and that continue to shape the thinking and actions of those even now determined to block accommodation with the Palestinians.

Then, there is the case of the UN’s second Secretary General, the Swedish diplomat Dag Hammarskjold (1905-61), who was unanimously selected by the Security Council in 1953 – the height of the Cold War – for the post and was re-elected in 1958. It was in his second term that civil war broke out in the newly independent Congo and defied all efforts, including four personal visits by Hammarskjold for negotiations.

He lost his life in the end when his aircraft crashed deep in the jungle in 1961 – and since then, theories abound about whether it was an accident or an assassination. Even in 2015, a probe was ordered by then Secretary General Ban-ki Moon, but its findings remained inconclusive.

Susan Williams’ “Who Killed Hammarskjold?: The UN, the Cold War and White Supremacy in Africa” (2016) raises a lot of pertinent questions but fails to answer them convincingly or conclusively, and Ravi Somaiya’s “Operation Morthor: The Death of Dag Hammarskjold and the Last Great Mystery of the Cold War” (2021) goes down the same path, with some passages seeming more at home in a thriller novel, than a historical study.

With Congo continuing to be a vortex of violence that has led to “Africa’s World War”, not to mention causing the death of numerous UN peacekeepers, including Indian soldiers right from Capt Gurbachan Singh Salaria, PVC, down to the present, it does not remain the question of a remote and volatile African country, but something relevant to us.

Finally, and much nearer to our time is the example of Brazilian humanitarian and diplomat Sergio Vieira de Mello (1948-2003).

Joining the UN in 1969, he for the next 25 years, worked for the UN High Commissioner for Refugees to protect civilians and refugees across Lebanon, Bangladesh, Cyprus, Cambodia, Rwanda, and the Congo. During this, he used to drive fearlessly into the jungle, where he convinced Khmer Rouge killers to allow back refugees and dealt with murderous Rwandan Hutu genocidaires in Conglose camps. He then served UN Secretary-General, Kofi Annan, as his special representative – and state-builder – in Bosnia, Kosovo, East Timor, and finally Iraq.

Chronicling his story in all his courage, pragmatism, but more often, frustrations, is US journalist-turned-official Samantha Powers’ “Chasing the Flame: Sergio Vieira de Mello and the Fight to Save the World” (2008).

But more than just an account of his life and work, it shows how the UN, despite all its flaws, shortcomings, and failures, and the duplicity of its powerful members, remains the best bet for world peace, over unilateral actions like the US in Iraq – which ultimately cost him his life, and of many other UN employees in a terrorist bombing.

This was especially ironic, given that he had begun to question the ambivalence of “national interests”, and post 9/11, examined the roots of terror, as many powerful nations were “pursuing their own security in ways that aggravated their peril”.

However, the real importance of De Mello, as Powers brings out, is how he learnt that engagement with all kinds of people, be they unsavory killers and rogue states, was necessary, even if it was distasteful, peace needed justice to be durable, it was important to have a wide linguistic and cultural base, and that if he couldn’t solve all problems, it should not mean that he should do what he could to solve some of them.

These traits are as important to common people as top-level diplomats. (IANS)