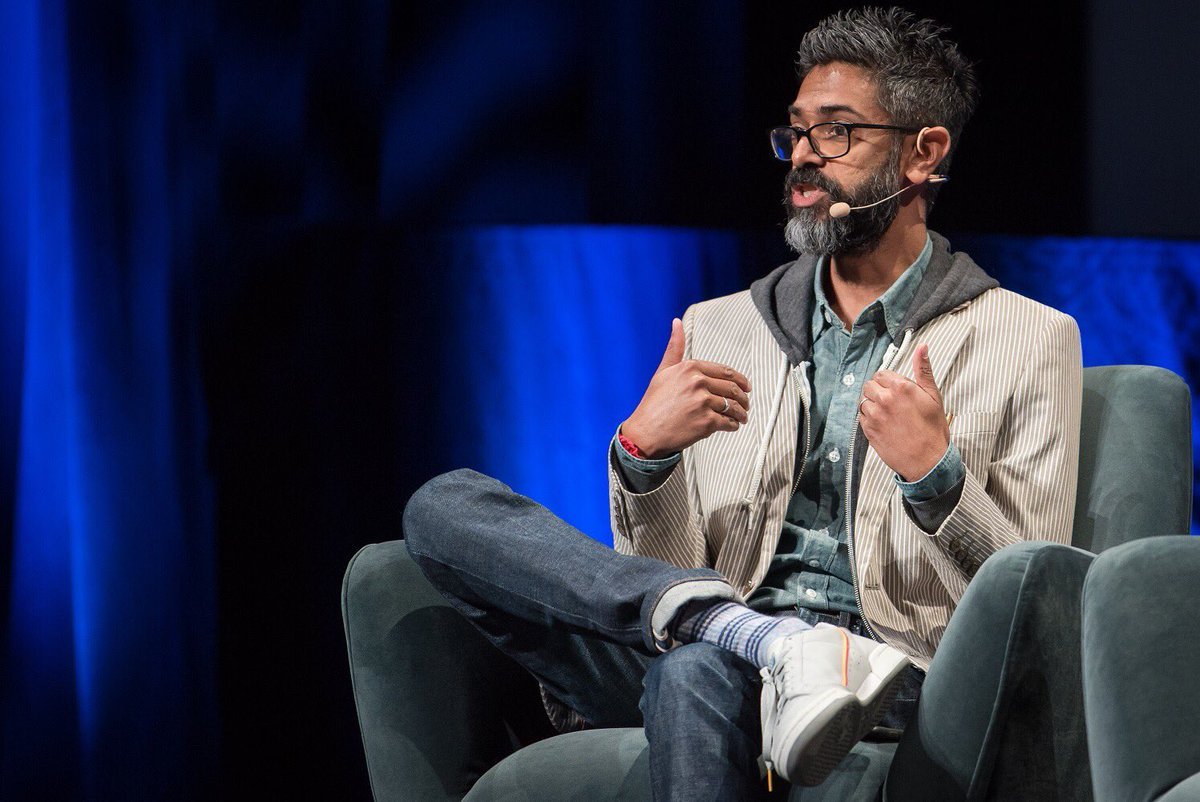 The podcast ‘Scammers’ is based on telemarketing with the story moving from India to Silicon Valley. The project is backed by Sanjay Sharma, founder of Marginal Media Works in CA. (photo Twitter)

LOS ANGELES, CA – Marginal Media Works, the production company founded in 2017 by Indian American Sanjay Sharma and backed up by Imagine Entertainment, encourages genre storytelling from marginalized voices, on various topics. New from its stable is going to be ‘Scammers.’

Roped in is Anupam Tripathi, based in South Korea and famous for his role as Ali Abdul in Netflix’s hit survival drama series “Squid Game. In the new audio series Tripathi will portray the character of a telemarketer-turned-phone scammer from India. It’s a role of a criminal disguised as a telemarketer from India. The plot moves from India to Detroit and Silicon Valley and follows a trio of characters, led by Tripathi.

The show is created by Vishnu Vallahaneni, known for the Netflix series ‘Dear White People’ amongst others and Karan Sunil who wrote and directed a web series ‘Code-Switched.’

Tripathi told Deadline.com, “I know this character inside out, in fact, I worked in a call center early on while getting my acting career off the ground in India.”

Marginal MediaWorks founder & CEO Sanjay Sharma, is a Stanford law graduate who is now focused on the entertainment industry. He told Deadline.com, “The opportunity in bridging the South Asian experience and diaspora with the West, and frankly anyone who loves genre stories, is massive. Our mission at Marginal from the beginning has been to center outsider voices and the story that Vish and Karan have created, coupled with the brilliance of Anupam, we think will be a first of its kind moment for audio storytelling – culturally hyper specific, but with broad global appeal.”