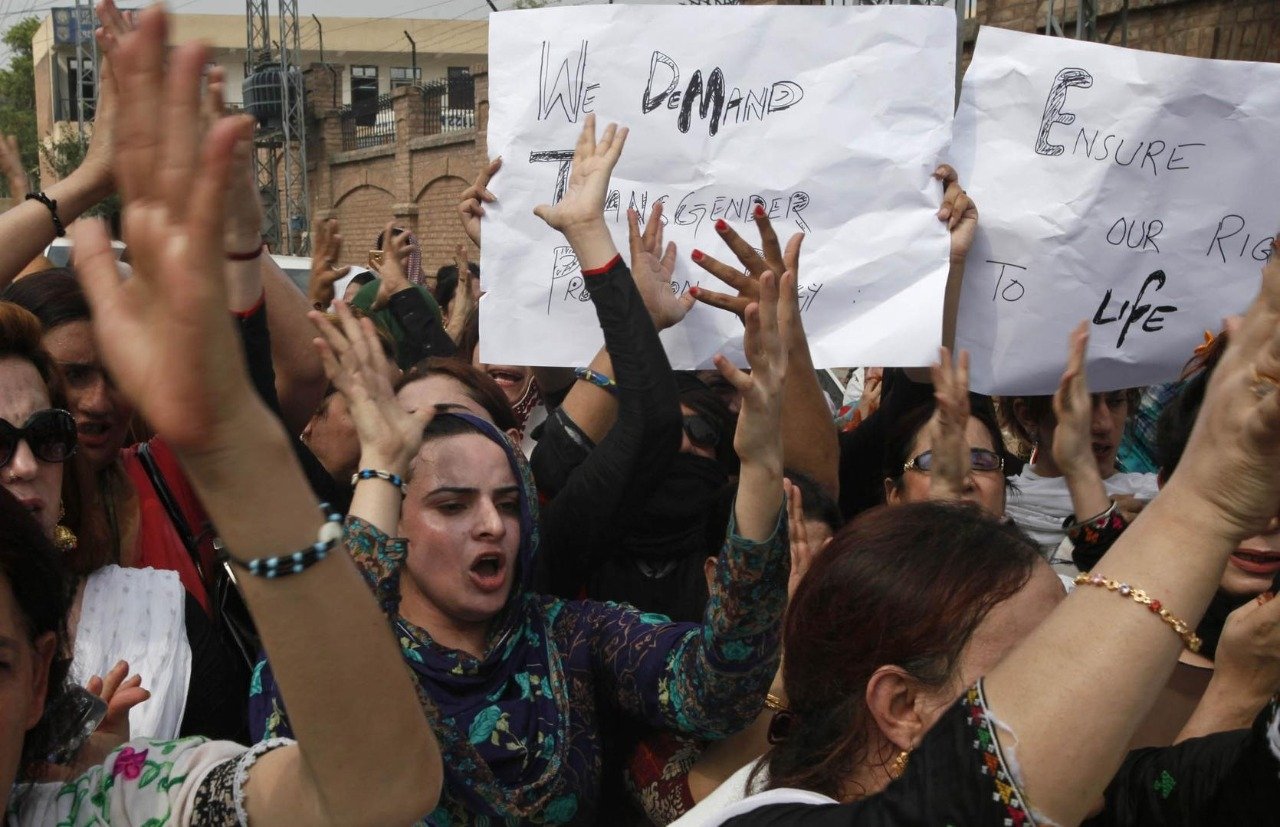 It was a cold night with subzero temperature on Mar. 2 when a police convoy arrived outside the office of Rawalakot Commissioner in Pakistan occupied Jammu Kashmir (PoJK). More than two dozen political activists and members of Jammu Kashmir National Students Federation (JKNSF) had been observing a protest sit-in outside the gates of the Rawalakot Commission office building.

Hoping that the administration had come to begin negotiations the protesters took a sigh of relief. Little did they know that they were in for a shock. No sooner had the police arrived at the protest camp that they began lathi charge and started to arrest the protesters.

Liaquat Hayat, leader of Jammu Kashmir National Awami Party (JKNAP) a left wing political organization of Stalinist tendency and Samad Shakeel leader of JKNAP’s student wing of JKNSF were the first to get handcuffed and thrown into the police vehicles. In total six protesters are said to have been apprehended at the spot.

Earlier on the same day, a long march from Muzaffarabad to Islamabad by adhoc employees was postponed after Prime minister Abdul Qayyum Niazi invited their leadership for negotiations. Similarly, a protest scheduled for Mar. 3 by thousands of pensioners, most of whom are ex-army servicemen, and who were to gather in the capital city of Muzaffarabad was cancelled due to severe rain and bad weather conditions.

Hardly a day passes by without a protest in PoJK against pressing social and economic issues. The situation in Pakistani occupied Gilgit Baltistan (PoGB) is no different. Since Pakistan Prime minister Imran Khan announced that PoGB will be incorporated as Pakistan’s 5th provisional province on Mar. 23 this year public unrest has become the norm.

It has been 4 days since the PoGB Awami Action Committee has conducted a sit-in in Kharmang blocking the vital Karakoram Highway since March 1. Protests against cuts in subsidies and lack of clean drinking water plus extreme load shedding has been the cause for spontaneous public unrest in all major cities and towns of PoGB.

On Mar. 3 several protests were held simultaneously in Titrinote, Dadyal, Rawalakot and Kotli city against the Mar.2 arrests of protesters in Rawalakot and a press conference was held in Muzaffarabad to warn the state to be ready to face grave consequences if political prisoners were not released within 24 hours.

In the present day, public opinion in both occupied territories of PoJK and PoGB is decisively against Pakistan. Yet, lack of a comprehensive political program and a visionary leadership has become a main obstacle in transforming the ongoing economic strife and the political discontent into a meaningful and collective social and political movement that could lead to social transformation and bring about fundamental political change in obtaining freedom from the clutches for Pakistani occupation.

The majority of the youth in PoJK and PoGB are of secular mind and do not support Pakistan’s interference in the Valley of Kashmir. They despise radical jihad and Pakistan’s proxy Jihadi organisations. However, lack of able political leadership is hampering their strive for emancipation.

There are three points that I would like to make and suggest a possible solution to the ongoing deadlock created due to the current dispersed form that the protests have manifested.

Firstly, the adhoc employees, non-gazette employees, pensioners and civil society organizations, which are protesting against redundancies, delays in promotions, low pensions, load shedding and lack of clean drinking water, should form a united front and a collective charter of demands. This will bring all scattered social movements together and strengthen their crusade.

Secondly, a political program, based on historical facts such as the instrument of accession to the Indian Republic, signed by Maharaja Hari Singh and Lord Mountbatten on Oct. 26, 1947, and international obligations based on the United Nations Resolutions that Pakistan must withdraw its troops from PoJK and PoGB, should be formulated and linked to the social and economic struggles currently going on in PoJK and PoGB.

Finally, a consensus among all social, economic and political groups regarding direction of the way forward, should be established and followed through. This direction can only be quitting Pakistan and reunifying with Jammu and with Ladakh which in practical terms means joining the Union of the Indian Republic.

There is no doubt in my mind that the people of PoJK and PoGB are in a fighting mood. Nevertheless, this fighting mood could end up in frustration and defeat if it fails to rise to the event and produce visionary leadership.

(Mirza is an author and a human rights activist from Mirpur in PoJK. He currently lives in exile in the UK. The views expressed are personal)