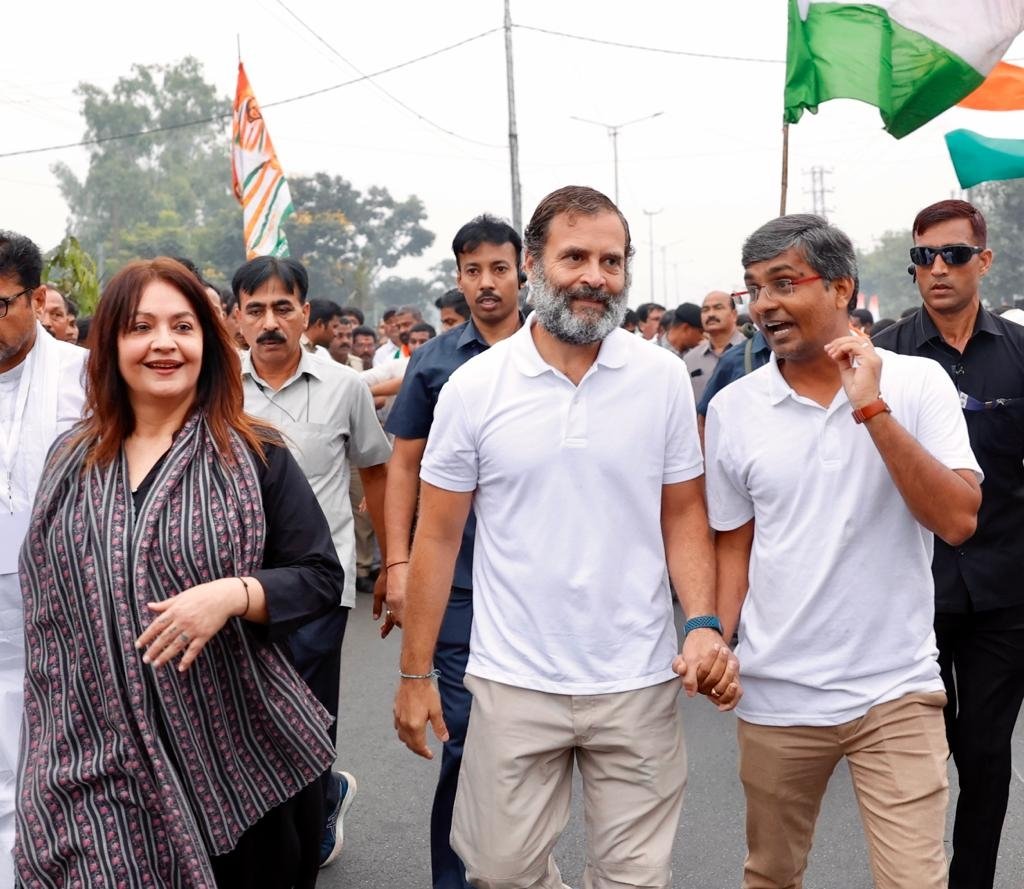 Bhatt walked with the Congress MP for some distance after he resumed the rally from Balanagar after the night-halt at Bowenpally.

“They too are walking 3500 km with Rahul Gandhi and are a source of great inspiration to our party cadres. The yatra is bringing about a silent revolution that will change the political landscape,” tweeted Kharge.

The newly elected president of the party joined the yatra and addressed a public meeting at Necklace Road along with Rahul Gandhi.

The foot march will continue in Telangana till November 7 with one-day break on November 4.

It will cover a total distance of 375 kms in 19 Assembly and 7 Parliamentary constituencies in the state.