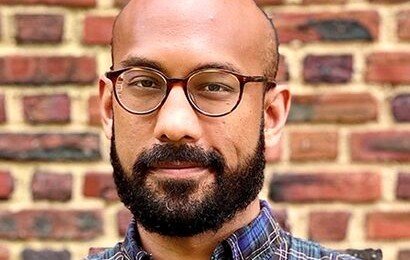 Datta, assistant professor at Princeton, was named to the latest group of Pew Scholars. (pewtrustrs.org photo)

The Pew Charitable Trusts recently announced that 22 early-career researchers have been selected to join the Pew Scholars Program in the Biomedical Sciences, among them Indian American Sujit Datta.

Datta, assistant professor of chemical and biological engineering at Princeton University, will explore how microbial communities organize and operate in complex three-dimensional habitats.

The Datta lab will explore how microbial communities organize and operate in complex three-dimensional habitats. To invade the human body, infectious bacteria must navigate through the complex architecture of human tissue, cooperate or compete with host cells and other microbes, locate nutrients, and evade antibiotics, his bio notes.

Yet most laboratory studies of bacterial physiology are performed using single species in a liquid medium or on a flat plate, where microbes act differently than they would in a more natural setting, the press release said. To address this conundrum, Datta’s lab has engineered a “porous Petri dish” in which researchers can monitor the behavior of mixtures of microbes as they move through and inhabit a densely packed matrix of transparent gel-like particles, the Pew bio notes.

Now, using a combination of methods in materials chemistry, microbial biophysics, biological imaging, and engineering, they will determine how the properties of their environment and the composition of the bacterial community affect microbes’ overall growth, their ability to establish infections, and their susceptibility to antibiotics and other stressors—work that could lead to new therapies for combating potentially life-threatening infections, it said.

Pew said that the scholars will receive funding over the next four years as they investigate timely questions surrounding human health and disease.

“Pew has a history of supporting talented researchers who are committed to understanding intricate scientific processes,” said Susan K. Urahn, Pew’s president and CEO. “Our newest cohort of scholars is joining a large community of accomplished scientists who are dedicated to uncovering new solutions to significant biomedical challenges.”

The 2021 class of scholars—all of whom are early-career junior faculty—join more than 1,000 other scientists who have received awards from Pew since 1985. Current scholars have opportunities to meet annually, share ongoing research, and exchange perspectives across the health sciences field.

The 2021 scholars were chosen from 198 applicants nominated by leading academic institutions and researchers across the United States. This year’s class includes scientists exploring the genetic evolution of cancer cells, how regulatory RNAs influence embryonic development, and how animals select specific types of foods for their nutritional needs, it said.