Priorities And Challenges Before India As G-20 Chair 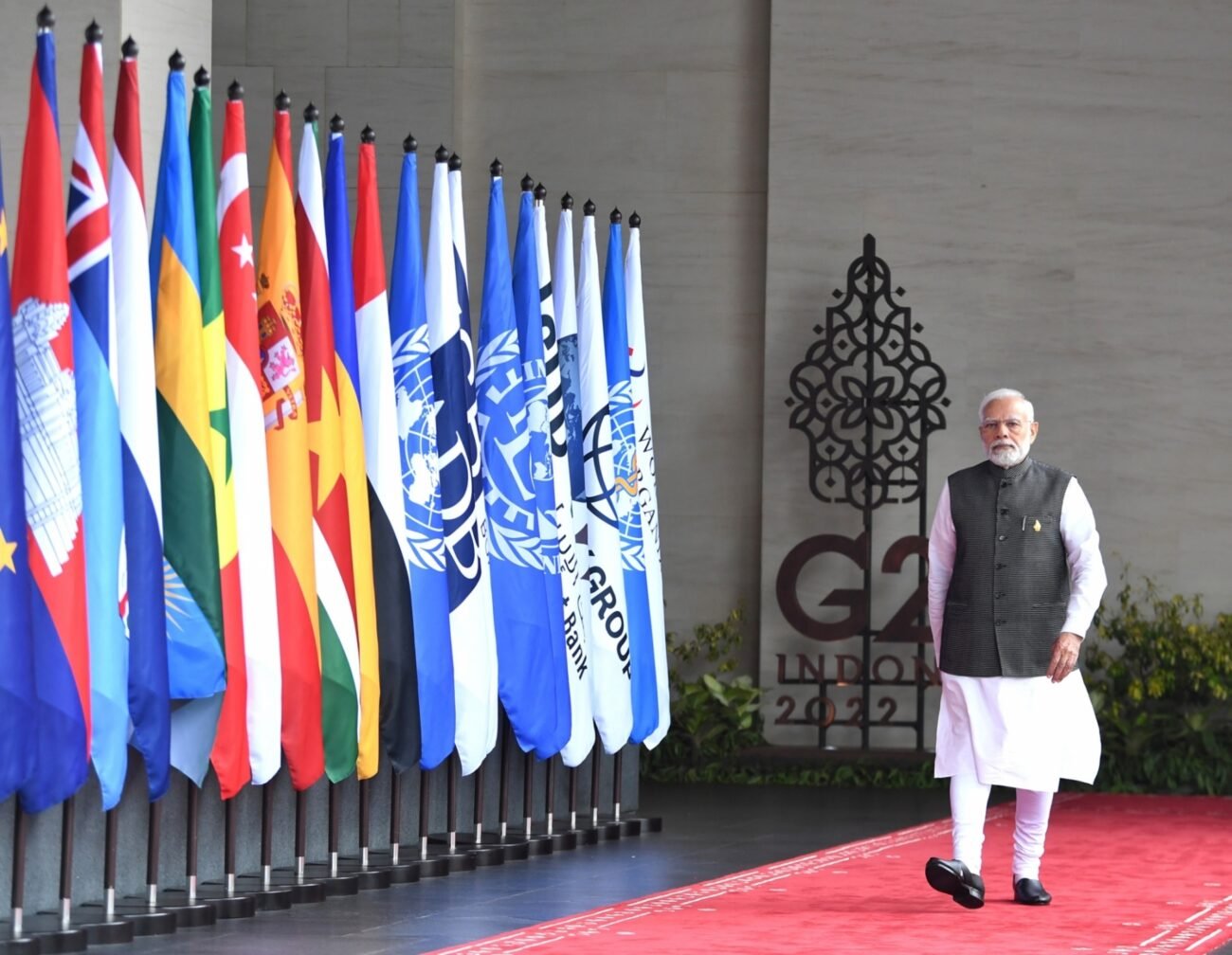 Priorities And Challenges Before India As G-20 Chair

India’s tenure as the G-20 chair comes at a time when the world order is facing an increasing threat of global recession looming large and intensifying energy and food shortages causing unprecedented inflationary pressure and making cost of living unaffordable in both advanced and developing nations while Russia-Ukraine war continues unabated. The world is looking up to India to find decisive but conciliatory solutions to all these problems.

The task becomes further difficult due to uncertainty regarding China’s role in the global order and Indo-Pacific region including South China Sea and South Asia as it is aspiring to become a global power. It is not only because of the resurgence of Covid pandemic in China but also the lack of its synch with international laws and conventions and apparently irreconcilable differences with the Western countries on human rights of the ethnic minorities and democratic movements in Hong Kong and Taiwan. India has its own issues with China despite the latter being the biggest trade partner of India, albeit with a much-skewed trade balance.

India is a beacon in these uncertain times because of its pacifist and cooperative image. Its leadership of G-20 raises hopes because it is equally acceptable to the advanced nations as well as the global South, i.e., the developing countries due to its past track record of finding solutions to geostrategic and bilateral issues through discussions, negotiations, and consensus within the bounds of international laws and conventions. Other two most important reasons for India’s high credibility in international arena is its adherence to independent foreign policy and adoption of peaceful and responsible means rather than force or military power to resolve differences.

India is most likely to prioritize global economic recovery through a synchronized response of the G-20 members as soon as possible. In a recent interview, former Deputy National Security Advisor Pankaj Saran and now member of the National Security Advisory Board (NSAB) said that India’s number one priority during its upcoming G20 Presidency should be to restore the economic order that provides stability and creates an atmosphere conducive to the growth of an economy such as itself. He added that another important priority for India during its Presidency would be to address the issues of concern to the developing world such as energy, food, and climate securities, and to see how India’s voice and perspective can be infused into the G20.

The contemporary world order is replete with conflicts and disputes, sometimes even raising the fears of imminent third world and nuclear war. At this crucial juncture of history, India’s role in setting up a new global order that is marked by peace, prosperity, and sustainable development becomes the need of the hour. Pankaj Saran highlighted the necessity of a semblance of sanity back into the global order which is at present witnessing the “weaponization of economic and financial transactions in the world.” He said: “the fault for this lies both on the advanced western economies as well as Russia, and the victims are developing countries like India.” He added: “Having said that India enjoys a unique position in the world where it has developed enough equities to talk to all sides — whether it is Russia, Ukraine, the US or Europe. So as President, we can play the role of introducing some sanity and rationality into the world order.”

As India is seen as one of the influential leaders of the global South, another key priority for India would be the issue of reform of multilateral international organizations and institutions as they, in their current state, do not reflect contemporary realities. Already there is an increasing consensus among many advanced and developing economies on extending permanent seats to emerging economies including India in the UN Security Council and raising quota in the International Monetary Fund reflecting the current political and economic roles and stature. This could be taken to logical fruition.

However, India’s Presidency of the G-20 would have to countenance some of the problems which would not find an easy solution. Although developing countries and advanced nations are equally facing the threat of terrorism, the concern on terrorism seems to have fallen off the global agenda as observed in the G-20 in the Bali declaration, which got only a fleeting reference. It would be difficult to bring terrorism into the forefront of the G20 agenda, but nonetheless, this is necessary. Pankaj Saran said: “We have the twin challenges of the Taliban-led Afghanistan and the deep state of Pakistan. Whether and how much we try to bring terrorism into the forefront of the G20 agenda, has to be seen and depends on developments on the ground.”

For India as G-20 President, it would be challenging to steer ahead with a balancing act as G20 President with China, a prominent member of the grouping, which has issues with the advanced nations on one hand and with India on the other. India is likely to ensure that G-20 deals and agreements bring a win-win to all the stakeholders, but China’s aspirations to expedite its rise to global power and expressing readiness to embrace even military action to defend its interests poses a challenge. The former Deputy National Security Advisor cautioned in his interview that dealing with China would be a “challenge” for India during its G20 presidency and New Delhi would adopt a “cautious approach” towards Beijing, judging by its deeds and not words. The deft diplomatic handling and honest efforts from both sides where the two countries and other G-20 members have differences would go a long way in finding solutions.

India as President of G-20 would likely give fair consideration to the perspectives of all the stakeholders and it is contrary to India’s approach that it imposes its perspectives on others without consensus. Nevertheless, India, as usual, would hold its stance firmly on core national interests including sovereignty, and territorial integrity adhering to the agreements on peace and tranquility at the border, the Russia-Ukraine war and buying Russian oil, etc. China is hoping to accept and deal with India on terms that are equal and as the G20 President. It is hoped that China understands and recognizes that India is a rising economy, it is a rising power, said Saran.