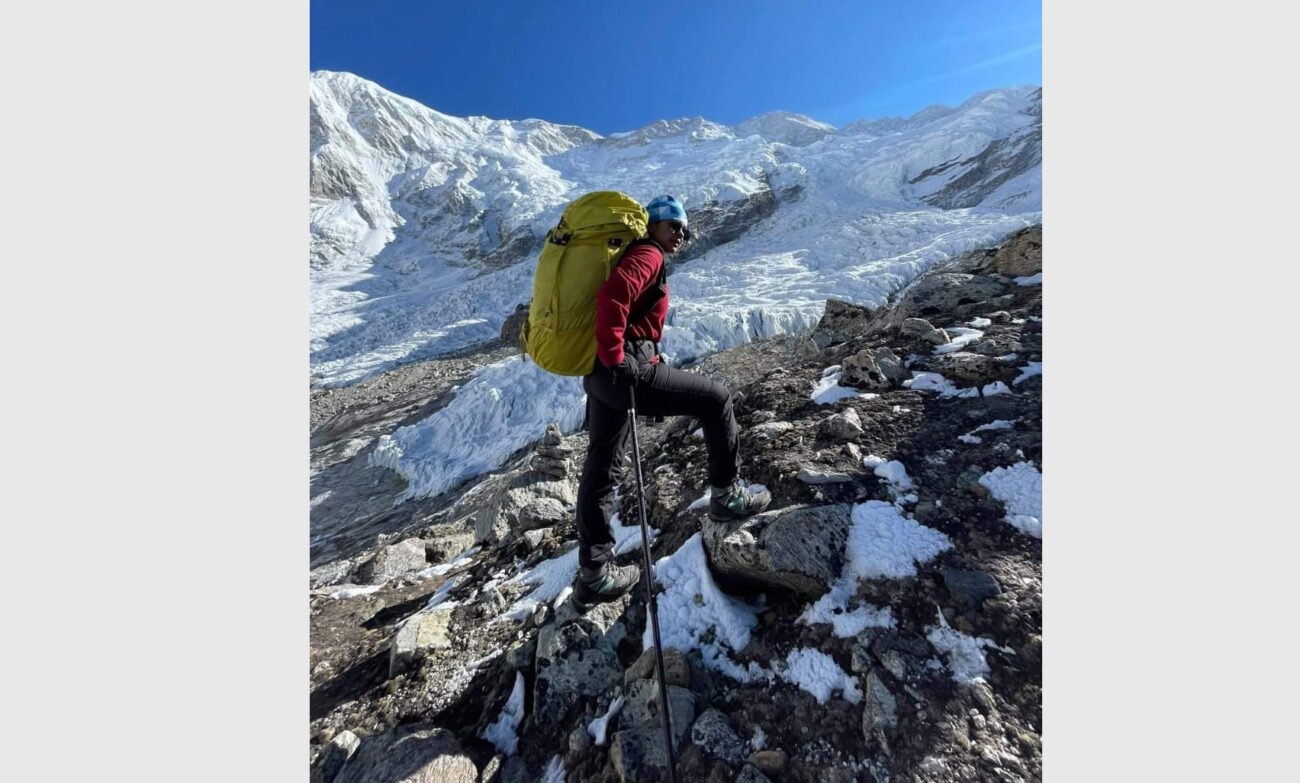 MUMBAI, (IANS) – It was a challenge that Priyanka Mohite took up in 2013. It finally got fulfilled in May 2022 — nine difficult years in which the 30-year-old mountaineer from Maharashtra constantly worked, planned and dreamt of completing a challenge no Indian woman has ever achieved — climbing five mountains of 8000 meter and above height.

In 1975 when Junko Tabei of Japan became the first woman in the world to climb Mount Everest, she conquered what was till then a male bastion — a challenge considered too tough for the weaker of the sexes.

Since then, many women have climbed Mount Everest and many similar peaks, conquering male bastions in mountaineering — and other fields too.

This week Priyanka, the woman climber from Satara district in Maharashtra, fulfilled her dream of becoming the first Indian woman to climb five mountains of 8000m and above height.

Priyanka, who works for a pharmaceutical research company in Bengaluru, climbed Mount Kanchenjunga, at 8,586 meters above sea level, the third highest mountain on earth, on May 5.

Priyanka, a recipient of the prestigious Tenzing Norgay Adventure Award in 2020, set the record by climbing Mount Everest in 2013, Mount Lhotse in 2018, and Mount Makalu in 2019, Annapurna 1 in 2021, and completed the monumental challenge by summitting Mount Kanchenjunga.

She is the first Indian woman to climb Annapurna 1 and Makalu.

For most people not well-versed with the world of mountaineering, these were only five mountains. But for those really in the know, Priyanka had to cross many more mountains on the way — hurdles that may not be as high but not insignificant either.

She was thwarted by the natural disaster in Nepal in 2014-15, the Covid-19 pandemic in 2022, financial hardship due to lack of sponsors and societal pressures that women face every day. But she was determined enough to conquer all and the five 8000ers.

Now that her dream is fulfilled, Priyanka does not want to stop and continue adding more than 8000 meters and above peaks to her mountaineering resume.

There are many more challenges and Priyanka says she will continue to pursue them if she can.

“Fortunately, I have a family that has supported me wholeheartedly. Never stopped me from pursuing things I wanted to. Marriage and family will come when it is time for that, but I want to continue mountaineering even after that. I want to marry someone who would support my dreams,” says Priyanka.

She knows that mountaineering is a dangerous, risky and deadly pursuit but she continues to be pulled in by the allure of mountains.