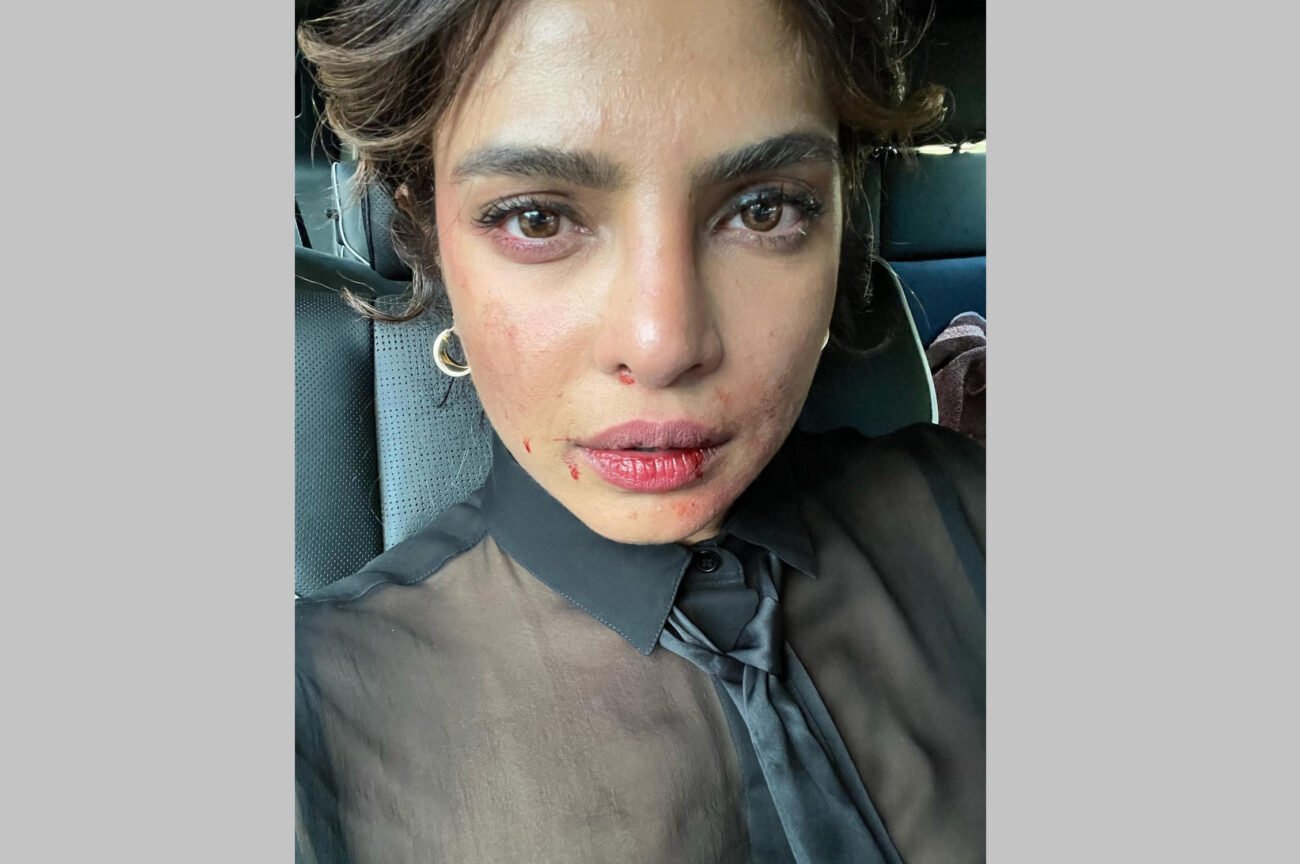 MUMBAI, (IANS)- Priyanka Chopra shared a picture of her bruised face from the sets of her series ‘Citadel’.

Priyanka posted the picture on Instagram and asked her followers if they too were having a tough day at work.

Sharing the picture, Priyanka wrote: “Did you have a tough day at work as well? #actorslife #citadel #adayinthelife @agbofilms @amazonstudios.” She is seen in a black top and a hint of blue eyeshadow. However, some blood marks can be seen on under her nose and on her lips and chin.

‘Citadel’ is being created by the Russo brothers for Amazon Prime Video. It also stars Richard Madden.

The actress also has the Bollywood film ‘Jee Le Zaraa’ in the pipeline.