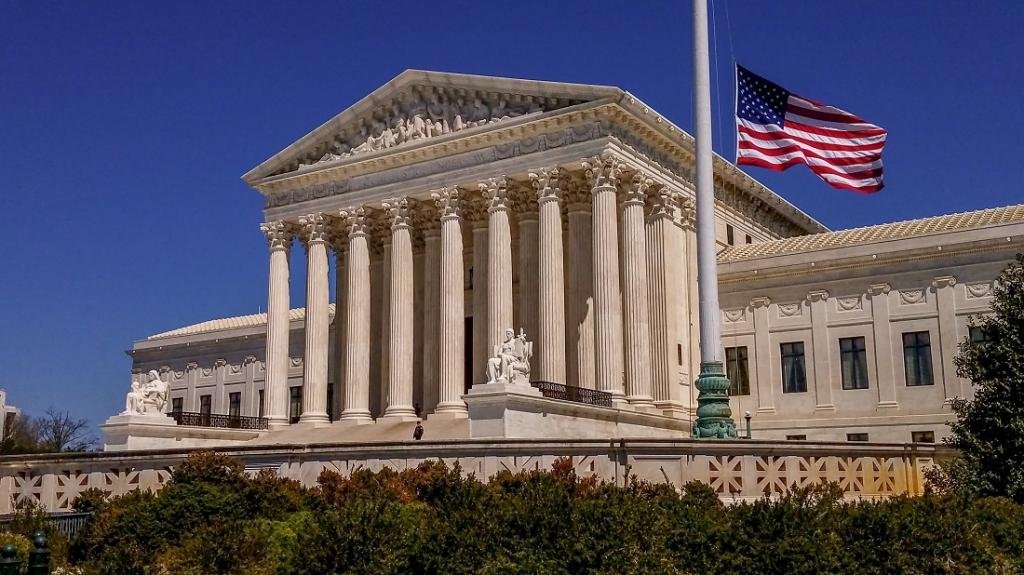 On October 31, the Supreme Court heard oral arguments in two cases challenging the race-conscious admissions programs of Harvard and North Carolina universities. The court was requested to consider: (i) Whether it should overrule its Grutter v. Bollinger ruling and hold that institutions of higher education cannot use race as a factor in admissions; and (2) whether a university can reject a race-neutral alternative because it would change the composition of the student body, without proving that the alternative would dramatically sacrifice academic quality, or the educational benefits of overall student-body diversity.

The plaintiff – Students for Fair Admissions (SFFA) – claimed that the universities are discriminating against Asian and white applicants, while attorneys representing the universities defended the race-conscious admissions policies as lawful and necessary to achieve racial diversity. Of the 100 briefs filed by friends of the court on behalf of contesting parties, 60 supported and 33 opposed the use of race-based affirmative action in college admissions at both public and private universities. The key points for and against race-based affirmative action are worth noting.

–  Universities and service academies have structured their admissions systems around previous court rulings endorsing affirmative action. Banning affirmative action would be especially destructive to smaller schools, many of which have made substantial investments tailored to the standards established by Grutter, including significant coursework such as Black Studies programs, scholarships, and professorships to further their missions of diversity.

– The failure of race-neutral alternatives proves their futility. Race-neutral measures adopted by the University of California after it had banned race-conscious admissions in 1996, failed to enroll a sufficiently diverse student body.  Despite considerable investment, underrepresented minority enrollment dropped “50% or more at UC’s most selective campuses”.

– Discrimination and underrepresentation inflict academic harm and affect all students. A study of Latino and Black students found “that experiences of discrimination were predictive of poor physical health, increased depression, poorer academic outcomes, and lower graduation rates.”Other studies “debunk the mismatch theory” that students of color are not properly matched to the academic rigor of the schools to which they are accepted on race-based grounds.

– Education experts believe that racial cross-representation hybridizes and promotes a diverse culture of learning, essential for “a healthy democracy.” The American Federation of Teachers notes that a “greater degree of classroom racial diversity is associated with a higher GPA at graduation.” Others contend that “Statewide bans on affirmative action have led to a general decline in degree attainment for Black adults, as well as an ‘opportunity gap’ in education and income.”

– Some racially diverse Harvard students and alumni organizations argue that Harvard’s “policy has been crucial to their success at the university”. Banning race-conscious admissions would reinforce inequalities in opportunity based on race and background while significantly reducing the number of underrepresented students admitted to Harvard.

– A leading Jewish organization – Anti-Defamation League maintains that Harvard does not use quotas and race as a determinative factor, and therefore it is false to claim any similarity between Harvard’s current admission policy and its discriminatory practices against Jewish applicants in the 1920s-30s.

– At least one brief actually questions SFFA’s standing to be heard since it “does not assert that it has suffered or will suffer any cognizable injury.” Endorsing SFFA’s standing would open the door for organizations to “manufacture standing out of thin air by recruiting members solely to establish standing.”

– Biden administration and his party are strongly supportive of racial equality which aligns with their notions of racial equity and non-discrimination. Some U.S. Congress Democrats point out that the Congress did not intend Title VI to act as a barrier to race-conscious admissions, and therefore has repeatedly acted in support of increasing opportunities for underrepresented minorities by enacting laws such as the College Cost Reduction and Access Act and the Higher Education Opportunity Act. They further argue that the concept of affirmative action has gained hold among American people who are aware of, and have relied on, the notion that affirmative action is permissible.

– Considering that the court’s Grutter ruling has enabled and continues to stimulate public interest and inspire legislators and policymakers to take action on the important issue of broadening higher educational access, it is imperative in their opinion for the court not to overrule Grutter.

– Race-based affirmative action is inconsistent with the equal protection clause of the Constitution, and laws and policies dividing people by race are immediately suspect. A tilt favoring one race in fact is a penalty against other races. Affirmative admissions policies harm Asian-American students and others, who are unfairly judged by their race rather than by individual merit. Under the Fourteenth Amendment and Title VI, those policies cannot stand.

– As applied today by Harvard, affirmative action discriminates against Asian Americans in the same manner in which it discriminated against Jews in the 1920s and 1930s, pointing to a historical pattern. Even the racial and ethnic categories Harvard employs in its admissions process, some suggest, are “arbitrary, imprecise, over- and under-inclusive, and are not narrowly tailored to achieve educationally beneficial diversity”.

– Rejecting race-neutral alternatives on grounds they would fail to assure within a student body a ‘specified percentage of a particular group’ amounts to racial balancing, which is patently unconstitutional.

– Diversity as articulated by its proponents is too amorphous to constitute a compelling state interest that satisfies the Equal Protection Clause. Moreover, data from colleges where race-conscious admission is banned show that schools can maintain diversity and academic competitiveness without it.

– There is no substantive difference between the educational benefits of diversity for 18-year-olds and K-12 students. Therefore applying the race-based admission to higher-education alone makes no sense.

– Arguing for a colorblind interpretation of the Constitution, opponents of race-based admissions argue that group preferences are inconsistent with equality and individual rights, and result in negative effects on the students such as stigma, division, resentment, and experiences of being dehumanized. Genocides conducted in Nazi Germany and Rwanda manifest monstrous products that result from official use of racial classifications. Moreover, categorizing applicants by race is arbitrary and invites individuals to game the system.

– The Asian American Coalition for Education and the Asian American Legal Foundation decry the schools for illegally discriminating against Asian American students. “Harvard maintains its racial balances by taking the discrimination an insulting step further, using the highly subjective ‘Personal’ rating — an important component of an applicant’s overall admissions score — to establish a hierarchy of races, with blacks at the top, followed by Hispanics, followed by whites, and with Asian Americans at the very bottom.” They contend that Grutter allows for explicit unequal treatment “all in the name of an Orwellian, skin-deep definition of diversity”.

– Even some black groups have come out against race-based admissions. Project 21 – a national leadership network for Black conservatives contends that affirmative action stigmatizes minority students for “the rest of their lives.” It leads to unfair devaluation of Black applicants’ merit by equating their college admission, job recruitment, or selection in a sports team to race-based tokenism. Such negative perceptions, as we all recently observed, have not spared even the appointment of Justice Ketanji Jackson to the court. Biden ’s unhealthy early announcement that his nominee would have to be a woman of color ended in belittling Ketanji’s credentials, which she and others must feel she earned with her own sweat and labor, independent of and despite her race.

– The diversity and broadening of campus discourse as a consequence of race-based admissions, according to critics, is false. If anything, it has resulted in superficial diversity and fostered the opposite phenomenon of groupthink. Critics contend that “unsupported empirical assumption that racial preferences would promote a more robust exchange of ideas has turned out to be tragically wrong.” In fact it has allowed and fostered legal discrimination against students with conservative views.

– Some others believe that Grutter’s diversity rationale has “allowed racialist thinking to permeate our legal landscape.”Instead of creating academic communities with a broad mix of perspectives and life experiences, race-based admissions have served to further entrench wealth and privilege. Consequently, they argue that Grutter must be overturned in order to revitalize free expression on college and university campuses.

– The assumption that “one racial group is different from other racial groups” in talent, experience, and background “solely because of their skin color” is not only “unpersuasive” and “antithetical to the Constitution’s guarantee of Equal Protection”, but as many among us believe is immoral. And that is the most compelling reason for its reversal.

Indian students whether born here or on immigration and student visas who intend to study here form a large chunk of Asian American student community. Therefore they should have more than a vested interest in which way the court rules and to what extent their own fate and future will be impacted by the court’s forthcoming ruling on affirmative action.

Either way, it would be advisable to respect the court’s opinion, and offer any criticism of the ruling on substantive grounds not from a feeling of outrage.

In line with its ‘model minority’ characterization, Indians and Asian Americans will do well to shun violence to convey their concerns, or, if the opinion goes in their favor, to tone down the celebration and stay away from sticking their thumbs in the losing party’s face.   (This submission has not be edited)