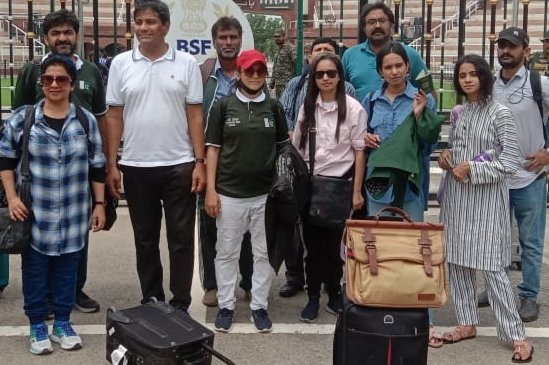 ATTARI, (IANS) – Protesting over the Chess Olympiad Torch passing through Kashmir, the 13-member Pakistan team, including two officials, crossed the international border via the Integrated Check Post here and returned home on July 29.

The Pak chess team had arrived in India to participate in the 44th Chess Olympiad being held in Chennai from July 29 to August 10.

Pakistan’s Ministry of Foreign Affairs had accused India of mixing politics with sports. As a mark of protest, the Pakistan government announced the pull-out of its contingent.

The contingent had also refused to take part in the opening ceremony on July 28, which was inaugurated by Prime Minister Narendra Modi.

With the withdrawal of Pakistan, the total number of confirmed entries for the Chess Olympiad is now 187 in the Open category and 161 in the women’s section.

India was allowed to field a third team to make the entries even. Normally, a Chess Olympiad host nation can field two teams in both sections.