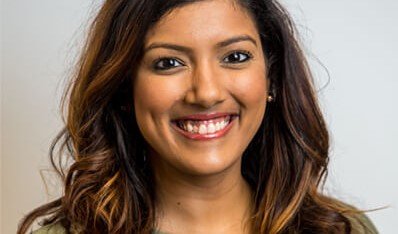 The seat has been held by Councilwoman Tameika Isaac Devine for nearly two decades. However, when Mayor Steve Benjamin confirmed he would not seek reelection this year, Devine announced she would run for the mayoral seat, creating a clear pathway for those seeking the at-large seat for the first time in almost 20 years, according to a The State report.

Bussells, 31, is the director of research at the Children’s Trust of South Carolina, which focuses on the prevention of child abuse and neglect.

The Indian American is a graduate of the University of South Carolina’s Arnold School of Public Health, and also holds degrees from George Washington University and the University of Virginia. Last year she was appointed by Benjamin to the city’s Complete Count Committee for the 2020 U.S. Census, according to the report.

“One of the things that the pandemic has really shown us is that things are not necessarily working as well as we thought they were,” Bussells said in the report. “And that’s not to dismiss the great work that has happened. But I think there are a lot of pivotal decisions that need to be made in the next four to seven years to position Columbia to be truly competitive.

“And being someone who is trained in public health who uses sound science and data-driven decision-making every day, I think I am uniquely poised to take on the role of local policy-making,” she told the publication.

Unlike district races, at-large seats are elected citywide in Columbia. With Devine gunning for the mayoral seat, there could be several challengers for the at-large post. Aside from Bussells, business owner Heather Bauer also has announced she will run in the at-large race, the report said.

Bussells said, if elected, she will be dialed-in on the process of how Columbia arrived where it is on a number of issues, and would work to address those problems, the report added.

“I think it is important for the next city at-large councilperson to focus on the fact that the City of Columbia is very diverse,” she added in the report.

“When you look at this city, compared to neighboring cities, we are very unique in that we have different cultures, different histories and different contexts, just a road away from each other,” she continued. “The next (councilperson) needs to take a very balanced and very critically thought through approach to the different problems and issues facing the city.”

This year’s municipal elections are on Nov. 2.