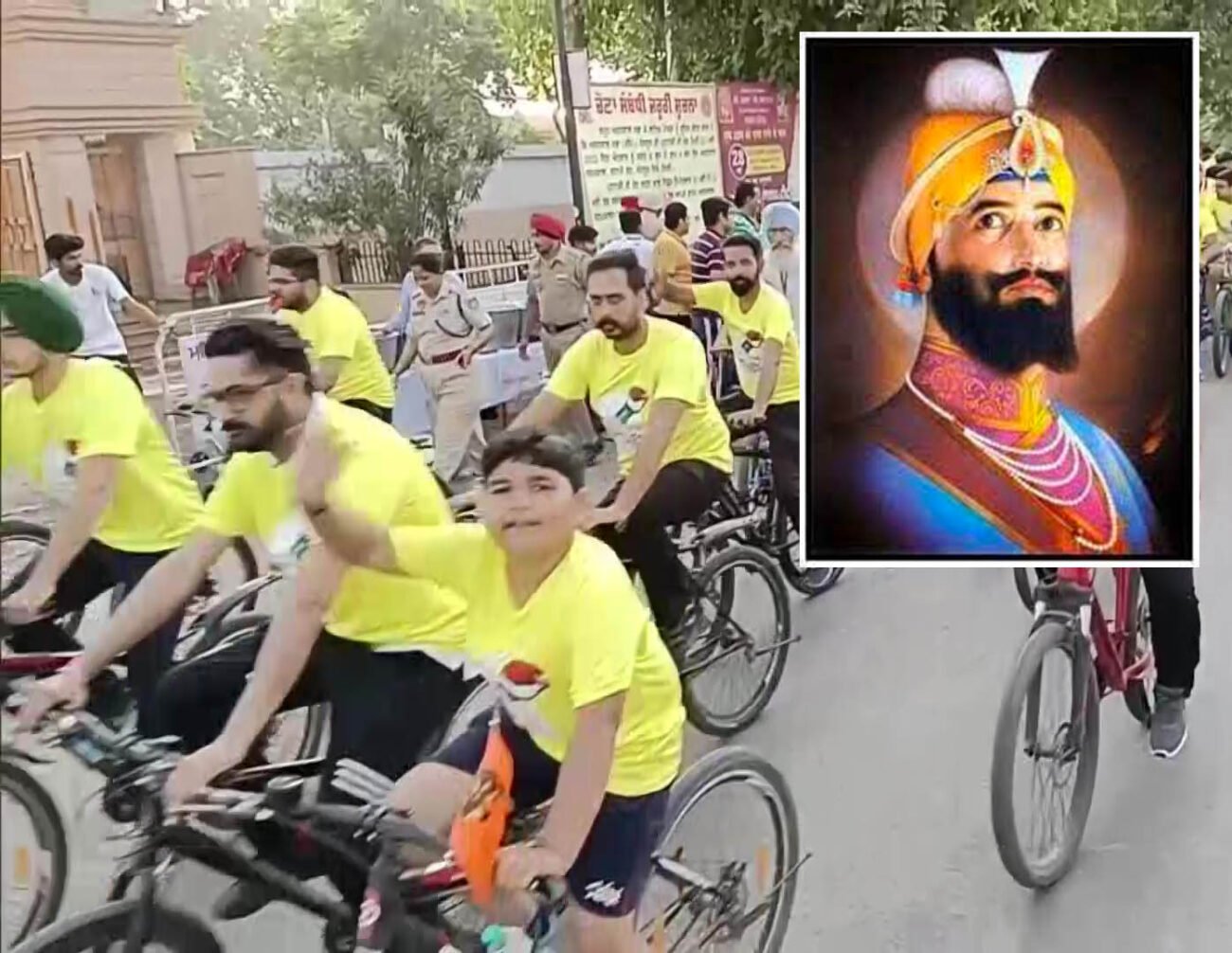 The youth have rallied against drugs but the scourge encouraged over the years by cross-border traffickers and easy cash runs deep in Punjab. The youth of today need role models and could turn their thoughts to the wisdom of Guru Gobind Singh who stressed self-discipline, and service to others.

As we celebrate the 356th birth anniversary of Guru Gobind Singh, one shivers with fear thinking – what if he shows up in Punjab today? His disappointment would be heart-wrenching. No self-respecting Punjabi would want to show his or her face to the Guru.

Born in Patna in 1666, Guru Gobind Singh became the tenth and final Guru of the Sikhs at age 10, when his father was assassinated by the Moghuls. Guru Gobind Singh converted all Sikhs into an Army called “Khalsa” in 1699 and gave them a uniform of Five Ks – uncut hair, a comb, long underwear, a steel bracelet, and a sword.

He finalized the Guru Granth Sahib and told the Sikhs that Guru Nanak started Sikhism with the Shabad or Baani (hymn), and he is bookending it with the Shabad since there shall be no human Gurus after him and the Shabad shall be the final Guru. Baani Guru Guru Hai Baani.

Guru Gobind Singh died at age 41 after fighting 14 wars with the Moghuls and losing his parents, his four sons, and his own life. He lived his life in a revolution mode. He believed in Dharam Yudh. A war in defense of what is right – one must be prepared to die to stop oppression and dictatorship, end torture, and defend one’s own values.

Seems like the Punjabis have forgotten a lot in 356 years. Everything possible that could go wrong is going wrong with Punjab, and not many people on this planet are in Dharam Yudh to save Punjab. What will the Guru see in Punjab today?

Getting Poorer: Numbers don’t lie, so let’s start with money. Punjab used to be the number one state in terms of per capita income, now it is 17th, and the future is not looking good.

No Long Term Economic Planning: Punjab’s economy is a highly private and individual enterprise-based economy. No large industries have been set up and there is lack of investment both in the public and private sectors. Punjab has also missed the boat of information technology which helped create massive employment and wealth in the southern states.

Unemployment: Punjab has a high unemployment rate, particularly among young people. Punjab has a population of 30 million out of which 10 million are workers, and currently two million people are either unemployed or underemployed. This obviously leads to social and economic problems, including crime and drug abuse.

Vocational Training: While the going was good and Punjab was basking in the glory of Agricultural success, it forgot to transition to industrialization or technology. Now there is surplus labor in agriculture, and a huge shortage in skilled workers.

Agricultural distress: Punjab is an agricultural state and many farmers have struggled in recent years due to stagnating productivity, low crop prices, rising input costs and increasing debt. Farm holdings per family have been getting smaller for generations. The soil of Punjab is losing fertility every year, due to non-rotation of crops, and overuse of fertilizers and pesticides. Due to free electricity and extreme pulling of water, the water table – the water below the surface of the earth – is rapidly falling.

Quarter of the State is Illiterate: 75 years after independence, the literacy rate of Punjab stands at 75% while states like Kerala have hit the magical 100% literacy number.

Miserable Politics: Punjab has one of the worst politics in India. Every government of recent past has failed Punjab in creating jobs, and the focus has been on giving free electricity to farmers but not on creating employment diversification. No political party appears to have an agenda or roadmap for the development of industry, agriculture, and other sectors.

A Million Girls Missing: Lots and lots of girls are missing. 900 girls are born for every 1,000 boys in Punjab. One of the highest rates of killing girls not born yet. Our friends and relatives in Punjab know what happened to the 25,800 girls not born last year, let alone to the one million girls in the last 50 years.

Drug Abuse: The drug epidemic in Punjab continues, one out of seven people in Punjab is addicted to drugs. A combination of demand, supply, and ample currency to trade has created Punjab’s drug problem.

Land, Air, and Water Are Polluted: In addition to industrialization and urbanization, stubble burning of the paddy harvest continues to pollute the air in the entire north of the country. The land of five rivers Punjab now only has 2.5 rivers left running through it and river Sutlej is so severely polluted that it is affecting the lives of 50 million people.

Overspending and Debt: The accounting of the state is so upside down, that the Punjab government is currently spending double of what it collects as revenue, resulting in massive debt borrowing to keep the lights on. Punjab’s debt now stands at more than $45 billion.

Is all hope lost for Punjab? There is always time. Punjabi diaspora has a strong presence in western developed countries. They have adequate financial, intellectual, and technological resources. No challenge should be big enough for the Punjabis that are known to take risks and know of the extreme sacrifices their Gurus have made.

Guru Gobind Singh believed in the equality of all people and fought injustices such as the caste system. He was a warrior who dedicated his life to promoting justice and equality. He defended his faith and rights, and those of all people around him. He was brave and he fearlessly sacrificed his entire family for humanity.

He wrote, “I took birth only for this purpose. Understand this in your heart, O holymen! To spread Dharma and protect the saints. And to uproot all the devils and villains.”

Why did the Punjabis alive today take birth? Are they willing to make the kinds of sacrifices their Gurus made? Do they remember the Guru’s life of Dharam Yudh? In time, we shall find out. 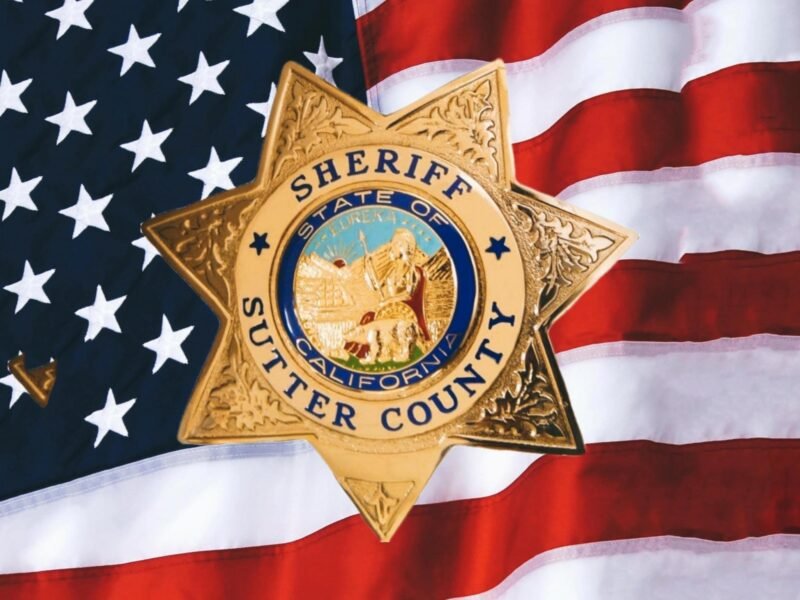