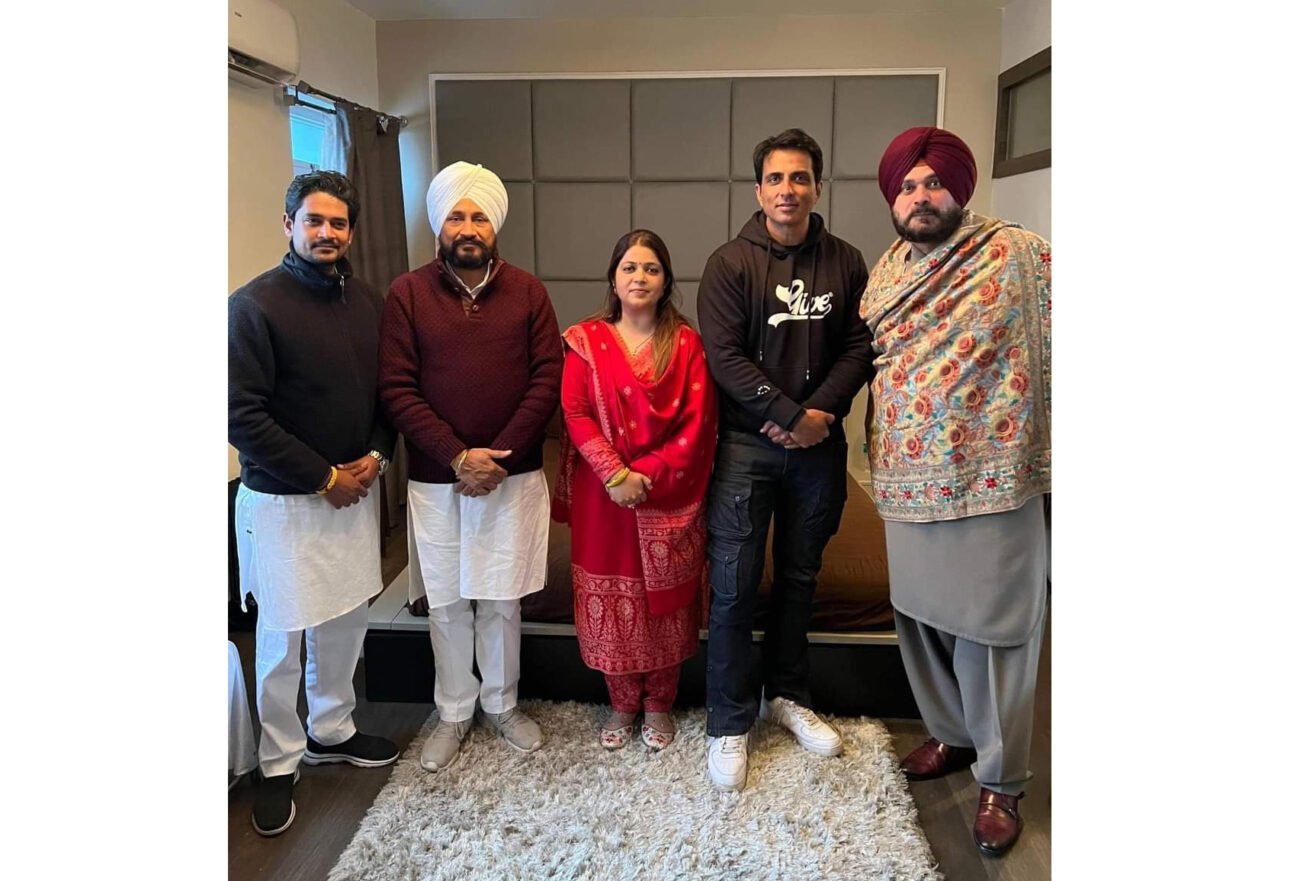 Sonu Sood has gained national recognition for his philanthropic work and he has taken that reputation to the Punjab polls while campaigning for his sister. (IANS photo)

MOGA (IANS) – Months after he came to the rescue of laborers walking back home in the days of Covid-19 lockdown, actor and philanthropist Sonu Sood is himself hitting the streets.

With folded hands and smile on his lips, he’s going from house to house event in scores of villages drumming up support for his sister Malvika Sood Sachar contesting the Punjab Assembly polls less than a fortnight away.

With villagers complaining of lack of basic infrastructure facilities like public toilets, sanitation, drainage, disposal of sewage and large potholes as several people have met with accidents, Sood, accompanying his younger sister who is born and brought up in this town in the Malwa region, is assuring improvement, if the Congress party retains the helm in the state.

Malvika joined the Congress just a week ahead of the pronouncement of the Feb. 20 polls for 117 Assembly seats. She has replaced sitting Congress legislator Harjot Kamal, who joined the BJP and is again in the fray to retain the seat that has been the Congress stronghold since 2007.

Malvika, 39, married and running her parental family business in Moga, said that she has taken the political plunge to dedicate herself to serve society like her brother.

Sonu Sood’s childhood friends in his hometown, some 175 km from the state capital Chandigarh, described him as the messiah of tens of thousands of desperate migrants amidst pandemic and supporting school educations of scores of underprivileged, while his family believes his philanthropy spirit comes from his ancestry.

Born to a business family, the siblings’ father was in the cloth business and mother was an English lecturer in town’s oldest D.M. College of Education.

Their eldest sister is settled in the US.

“Sonu is a household name in every village. We have seen him on news channels on several occasions when he himself was on the streets to help the migrants who were returning to their homes during the pandemic. If he has zeal for serving society, we expect his sister will also follow in his footsteps,” octogenarian Nachhatar Kaur of Rattian village said.

She said the brother-sister duo came to the village last week and sought votes with promise to strengthen village streets and the sewage treatment system.

Sharing similar sentiments, another village elder Ajaib Kaur added, “Ahead of the elections, Sonu’s sister came to our village and sponsored the school fees of several poor students when she came to know that their parents have lost wages due to the pandemic. She has provided money to poor villagers for rebuilding their ‘kutcha’ houses.”

However, Malvika’s rival and AAP candidate Amandeep Kaur Arora believes Malvika’s identity is only her brother. “My identity is that of a doctor and served ex-servicemen and their families,” Amandeep added.

Charanjit Singh Channi, the chief ministerial face of the Congress, while campaigning for Malvika, who has a masters in computer application, on Feb.9 announced that if the party returns to power she would be a minister in his cabinet.

In December 2020, a road in Sonu Sood’s hometown was named after his mother, Prof Saroj Sood. At this the actor said he cannot contain his happiness and this will always be the most important chapter in his life. Sonu’s grandfather Vidya Rattan Sood was also a known philanthropist.