Punjab’s ‘Local’ Gangs Are Based Primarily in Canada 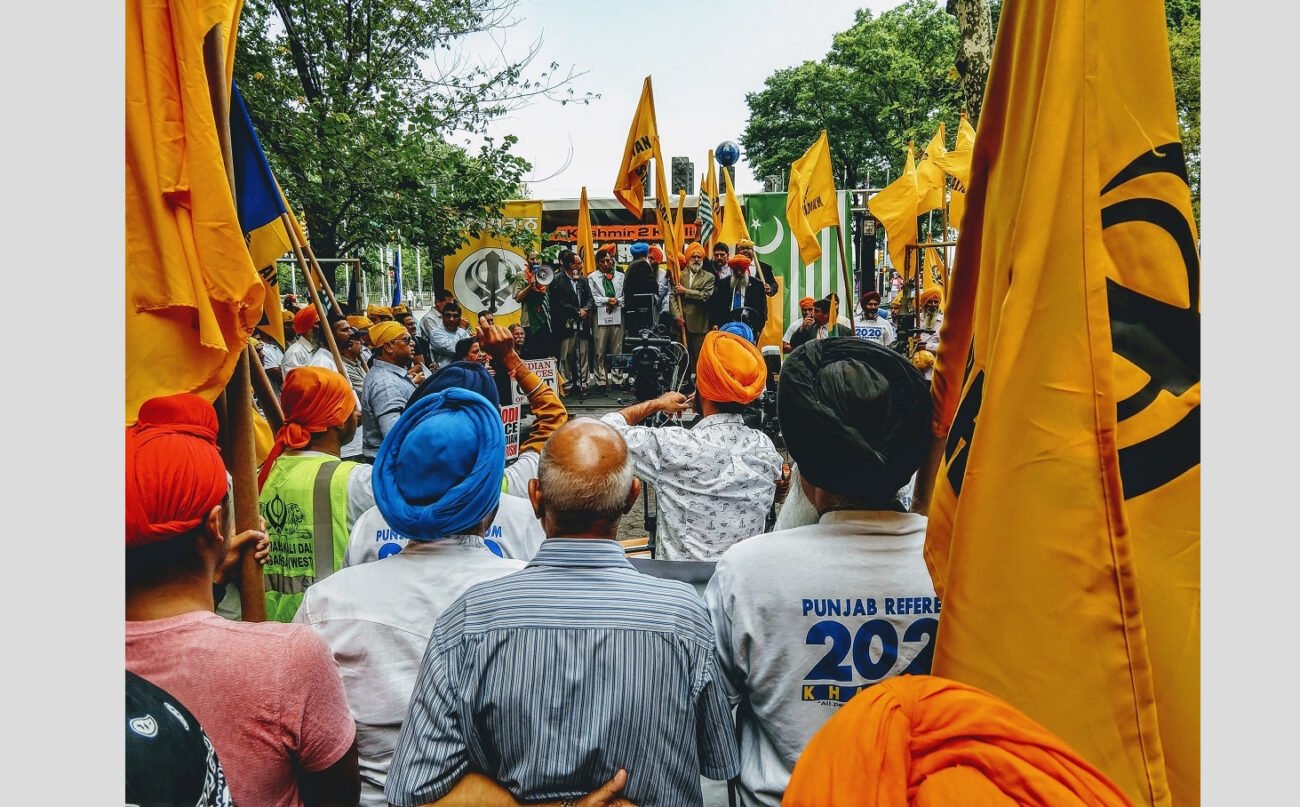 Punjab’s ‘Local’ Gangs Are Based Primarily in Canada

When Khalistan flags were found fastened at the entrance of Himachal Pradesh Assembly complex in Dharamshala earlier in May, the state police promptly sealed the borders and beefed-up security. The police was quick to book Canada-based Sikhs for Justice (SFJ) chief Gurpatwant Singh Pannun under essentially an anti-terror law. SFJ is a proscribed outfit that with its strong virtual influence, is known for radicalizing people, racking up bygone sentiments and reviving the movement for Khalistan.

Shortly after this episode, a Pakistan-crafted rocket-propelled grenade attack was made at the Punjab Police Intelligence headquarters in Mohali. A security alarm was sure to go off in the wake of these events, and more that followed.

A common understanding is that these occurrences gravely point to the efforts of pro-Khalistan elements to provoke disturbance and unrest in India, thereby creating a concern for India’s security. But “There’s broader governance and political thinking,” said A.S. Dulat, former Chief of both Intelligence Bureau and Research and Analysis Wing (RAW), “There is no security solution to everything,” he says.

Dulat recounts that “There wasn’t too much Khalistan even when Punjab was disturbed in the early 1980s and remains so after Blue Star. This is only a fringe element-those who believed in Khalistan,” he asserts, reiterating that “Security doesn’t have all the answers.”

As far as the den of Khalistan movement goes, the state of Punjab is the epicenter of the possibility of this revived threat. But to what extent is this a genuine threat? Dulat says that “Punjab is a sensitive state and it needs to be handled sensitively. You can’t take Punjab for granted,” emphasizing the importance of the border state, “Khalistan is not what worries me, but you can’t run Punjab from Delhi.”

It came as a shock when popular Punjabi singer and Congress leader, Sidhu Moosewala was shot dead recently, just a day after his security cover was withdrawn. After his murder was acknowledged as an outcome of local inter-gang rivalry, Canada-based SFJ chief Pannun issued a threat letter at Punjabi singers telling them to support the Khalistan movement. The letter read: “Death is imminent” and that it is time to support the “Khalistan Referendum” for the liberation of Punjab from India.

Pro-Khalistan elements operating in Canada are no secret. The “local” Punjabi gangs have their bases in Canada primarily and such is the reach of their inter-gang rivalries. The criminal gang members have dozens and scores of cases against them in India while they reside in Canada and elsewhere abroad.

The gangs are organized and networked overseas with terrorist intentions to threaten and exhort money from businessmen based in Punjab. Larger groups like Khalistan Liberation Force and Khalistan Tiger Force are also known to have carried out targeted killings and contributed to communal unrest in Punjab. Anti-India sentiments are known to be harbored in Canada and Khalistani groups such as SFJ contribute significantly to stoke the revival of pro-Khalistan sentiments.

For a movement that petered out in the 1980s and almost became a thing of the past, one might question the purpose of raking up Khalistan in present times. Might the splinter of Khalistan have any bearing on the larger canvas of nationalism?

A retired IPS officer who has served in various policing functions including counter-insurgency and security matters in different capacities, on condition of anonymity, said that “Promoting a perception of rising pro-Khalistanti sentiment is seen as a way, by some political parties opposed to AAP, to accuse that party of ineptitude in maintaining law and order and in ensuring the security and integrity of a border state like Punjab. Whether it is capable in this regard or not is a matter yet to be seen.”

“Pakistan has always used every opportunity to harm India’s interests. Hence it is a given that it will encourage and exploit any pro-Khalistanti sentiment, however nascent, and use all covert and overt means to stoke it,” said the retired officer.

However, given that Pakistan is more than capable of disturbing India by means of terror funding or terror tactics or outright acts of terror, it is unlikely to create a Kashmir-like situation in Punjab. This is because of a very crucial difference between these two regions-the faiths of people in the Indian system which is conspicuously absent in Kashmir.

Although there are attempts to radicalize the youth from both these regions, the new generation Sikhs in the 1980s were disillusioned with the notion of a separate Khalistan state and moved on from this dangerous political fantasy in time; but in Kashmir, the radicalization of youth is far more deeply rooted and disenchantment for them seems still a long way away.

There is also a possibility of China contributing to the fomentation of Khalistan-like trouble to keep India engaged with internal unrest to divert its focus from other crucial concerns like the northern frontier and even the new ventures in the Indo-Pacific.

However, in the light of Moosewala’s assassination and connecting the dots to furthering the militant cause of Khalistan and deploying local gangsters in this regard, Dulat says that it is a “wake-up call”. Denying outrightly that the so-called Khalistan movement has any political value, he says that “it has a nuisance value, and if you don’t understand Punjab, then this nuisance could become a bigger nuisance.”