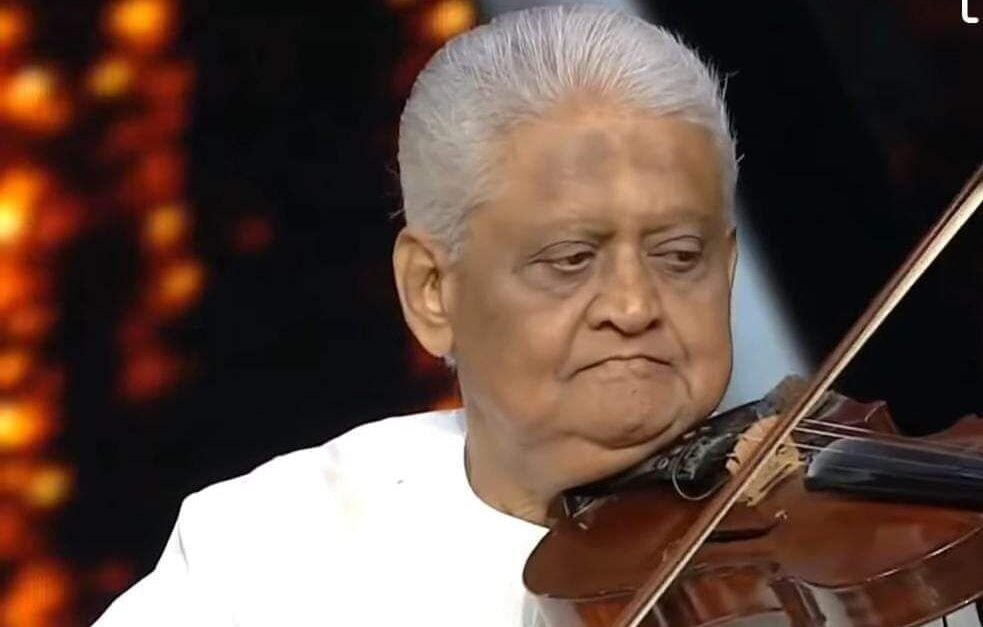 Pyarelal Ramprasad Sharma will perform at several US venues next year. (photo via IANS)

MUMBAI — Iconic music director duo of Laxmikant-Pyarelal has enthralled music lovers for decades, be it films or their live performances. While Laxmikant passed away way back in 1998, Pyarelal Ramprasad Sharma still continues to create magic with his music.

The legendary composer is now making a comeback with a musical concert in the United States after 25 years where he will be casting a spell with his hypnotic melodies.

Talking about the concert, the veteran composer said, “I have got to tour across the world, but performing in the US along with the best musicians after 25 years is making me nostalgic.”

He adds, “But I don’t grieve Laxmiji’s absence because, even today, I feel he is right here with me. Music is the only way that heals us and brings us together, especially in the tough times like this. I am ecstatic to bring some euphoria and memories to my audience through our music. We would be performing most of the classics for our audience.”

The musical concert which will present a bouquet of timeless tunes and memories from the ’70s, ’80s and ’90s, will be a six-city tour across the US and Canada in the month of May-June 2022. This special concert tour has been organized by Prria Haider Productions and Splendid Global Entertainment Inc headed by Prria Haider and Mehboob Haider.

Shedding further light on the concert, Mehboob Haider said, “We decided to bring back a retro concert which we all were missing. There is certain excitement about attending a live concert which is even more relevant in today’s masked post pandemic era and we can’t be happier bringing back the living legend Pyarelal ji who had given us glorious music.”

“The idea behind the ‘Laxmikant-Pyarelal musical concert tour’ is to make new memories and cherish old ones, which I think we all need, to heal from these two tough pandemic years,” he added.

Laxmikant-Pyarelal are considered the king of melodies in the Hindi film industry and have more than 635 Hindi film albums to their credit. The musical concert is going to be a ride down the memory lane with some of the best creations of the duo that will open the doors to an era gone by.