HomeFeaturedQueen Met 13 of 14 US Presidents 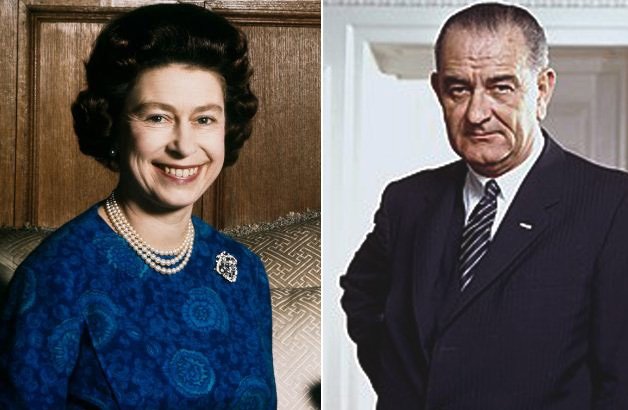 WASHINGTON, DC (IANS) – Queen Elizabeth II has the rare distinction of having received all but one of the 14 US Presidents during her 70-year reign, Lyndon Johnson being the exception. Johnson was never an elected president, he succeeded John F. Kennedy after his assassination.

When Queen Elizabeth was still a princess in 1951, she travelled to Washington, DC for the first time to meet President Harry Truman, and the two complimented each other’s nations.

Queen Elizabeth II died on September 8 at Balmoral Castle in Scotland, her summer retreat, at 96.

“Her dignity, graciousness, and sense of duty have been an inspiration, and we join the millions around the world in mourning a remarkable leader,” Carter said in a statement.

Clinton in a statement said that he and his wife, Hillary, “mourn the passing of Her Majesty Queen Elizabeth II, and we join with people across the United Kingdom and the Commonwealth, and all around the world, in giving thanks for her extraordinary life.”

Clinton said they “will always be grateful for the kindness she showed us through the years, particularly during our visits to Buckingham Palace in 1995 and 2000, and for all she did to deepen the Special Relationship.” He added, “In sunshine or storm, she was a source of stability, serenity, and strength.”

Bush said he and former first lady Laura Bush regarded the queen as a woman of “great intellect, charm, and wit.” He added, “Spending time at Buckingham Palace and having tea with Her Majesty — and her Corgis — is among our fondest memories of the presidency.”

Barack Obama said that he and former first lady Michelle Obama were “lucky enough to come to know Her Majesty, and she meant a great deal to us. Back when we were just beginning to navigate life as President and First Lady, she welcomed us to the world stage with open arms and extraordinary generosity. Time and again, we were struck by her warmth, the way she put people at ease, and how she brought her considerable humor and charm to moments of great pomp and circumstance,” Obama added.

In a post to Truth Social, Trump said he and former first lady Melania Trump “will always cherish our time together with the Queen.” “What a grand and beautiful lady she was — there was nobody like her!” Trump wrote.