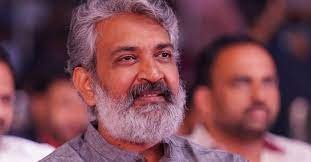 MUMBAI (ANI) – SS Rajamouli’s ‘RRR‘ set another benchmark at the box office and entered the Rs 1000 crore club worldwide within 16 days of its release.
The only other films to have crossed 1000 crore globally are ‘Dangal’ and Rajamouli’s ‘Baahubali 2’. With this, the epic becomes the third highest-grossing Indian film ever, overtaking ‘Bajrangi Bhaijaan’, ‘Secret Superstar’ and ‘PK’.
Interestingly, India’s biggest action drama, ‘RRR’ was also the first Indian film to release in Dolby Cinema.
‘RRR’ narrates a fictionalized tale of India’s freedom fighters Komaram Bheem (Jr NTR) and Alluri Seetharama Raju (Ram Charan) in pre-independence India and has been unstoppable at the box office ever since its release, especially within the mass circuits.
The Telugu-language period action drama film was produced by DVV Danayya of DVV Entertainments .