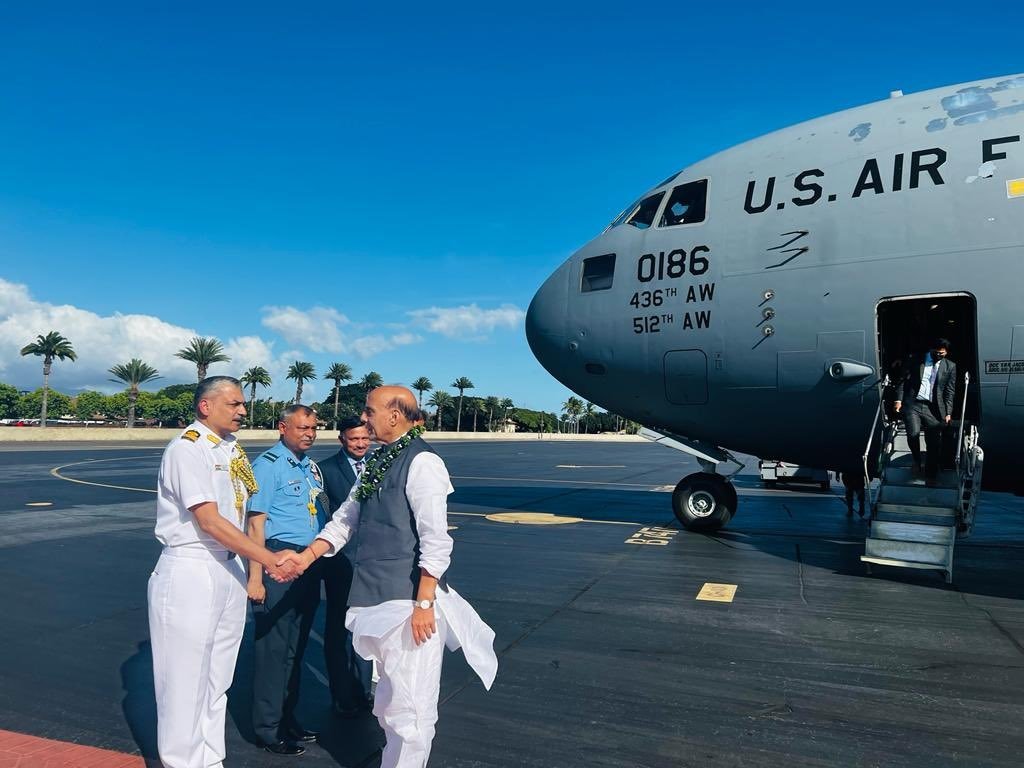 On his arrival from Washington DC, Singh was received by Commander, Admiral John Aquilino. The USINDOPACOM and Indian military have wide-ranging engagements, including several military exercises, training events and exchanges.

“The use of terrorism as an instrument of statecraft against India came up prominently,” said Singh.

He said the extensive engagement has yielded important results. “Some of these include concluding a Space Situational Awareness Agreement between the Department of Space from India and Department of Defense of USA; commencing the defense space and defense Artificial Intelligence dialog in near future; significant progress on other initiatives and agreements under discussion; and a shared desire to increase the scope and complexity of our military exercises,” Singh said.

He also stated that India and the US military-to-military engagements have continued in spite of challenges from the Pandemic.

“We are also glad that India has joined the multilateral Combined Maritime Force (CMF) based in Bahrain, as an Associate Partner. This will strengthen cooperation in regional security in the Western Indian Ocean. We are on course in effectively implementing COMCASA, and complete implementation of BECA,” he said.

The Minister also stated that India and the US have agreed to explore further cooperation in the fields of Defense Cyber, Special Forces and expanding the scope of logistics cooperation under LEMOA and during joint exercises.

Both sides have agreed on the need to revitalize the Defense Technology and Trade Initiative with joint projects on advanced and emerging and critical military technologies, to be executed quickly, Singh said.