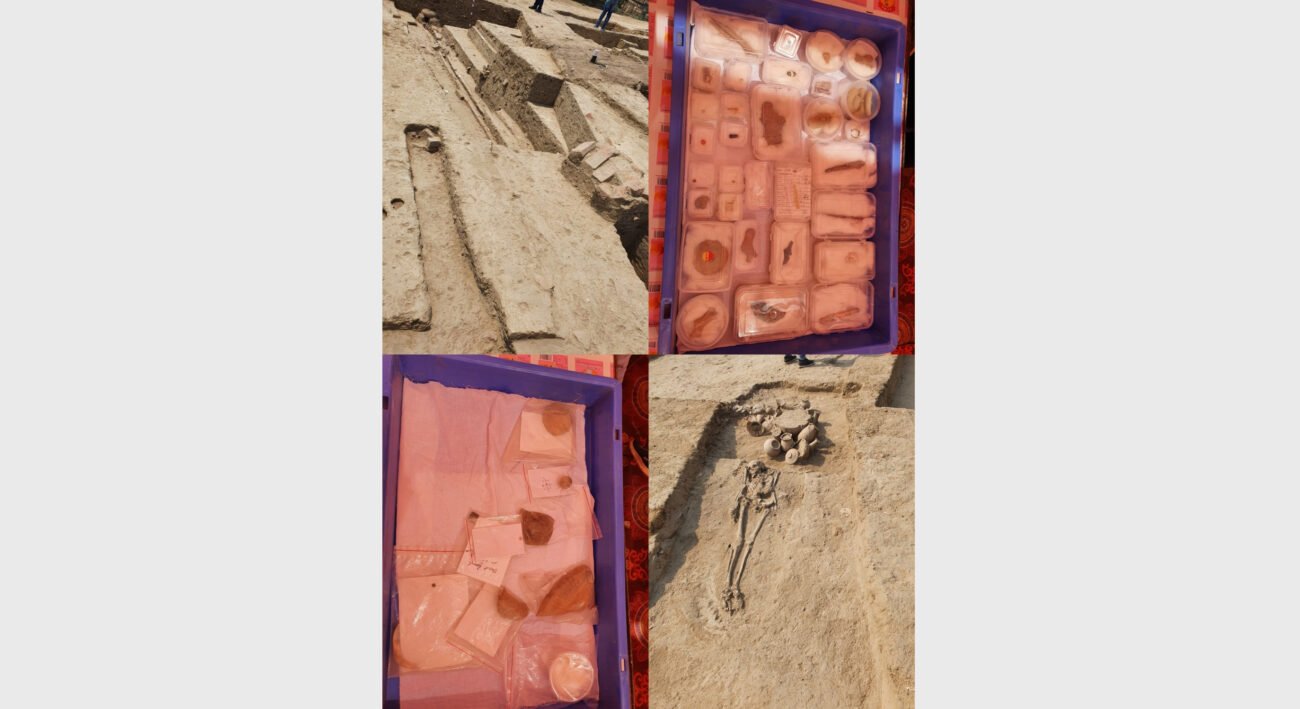 NEW DELHI, (IANS)- Rakhigarhi is famous across the world for remnants of the Harappan civilization. And now, the Archaeological Survey of India (ASI) is conducting new excavations in and around the 7,000-year-old planned Harappan city in Rakhigarhi which will be completed by the end of May.

The excavation and study at Rakhigarhi have so far revealed that this place once housed a planned city made with better engineering.

During excavation, the officials studied the remains of the Harappan culture and got evidence of town planning, including streets, pucca walls, and multistoried houses.

Remains of the around 5,000-year-old factory that used to manufacture jewelry have also been traced, which signifies that trading was also done from the city.

The techniques which are now being used to build big cities like straight streets, drains, and dustbins placed at corners of streets for garbage, were used at that time.

During excavation, the skeletons of two women were found along with jewelry. Along with skeletons, utensils used by the deceased were also buried.

Rakhigarhi is the largest archaeological site of the Harappan civilization which comes under two modern villages Rakhi-Shahpur and Rakhigarhi-Khash. Rakhigarhi has been classified as a major metropolitan center of Harappan culture.

During an investigation conducted in 1969 by Professor Suraj Bhan, it was found that archaeological remains of Rakhigarhi and settlements are of the nature of the Harappan culture.

During an investigation conducted by the ASI and Pune Deccan College, it came to the fore that this place has a cluster township spread across 500 hectares.

The excavations carried out by the ASI have revealed various occupational phases beginning from the pre-formative stage to the mature Harappan period covering the time from 5th millennia BCE to 3rd millennia BCE based on the radiocarbon dates obtained from various layers.

The ASI will soon start excavation in September 2022 after which it will throw open the site for tourists.