HomeEntertainmentRam Charan’s New Poster from ‘RRR’ All Muscle and Action 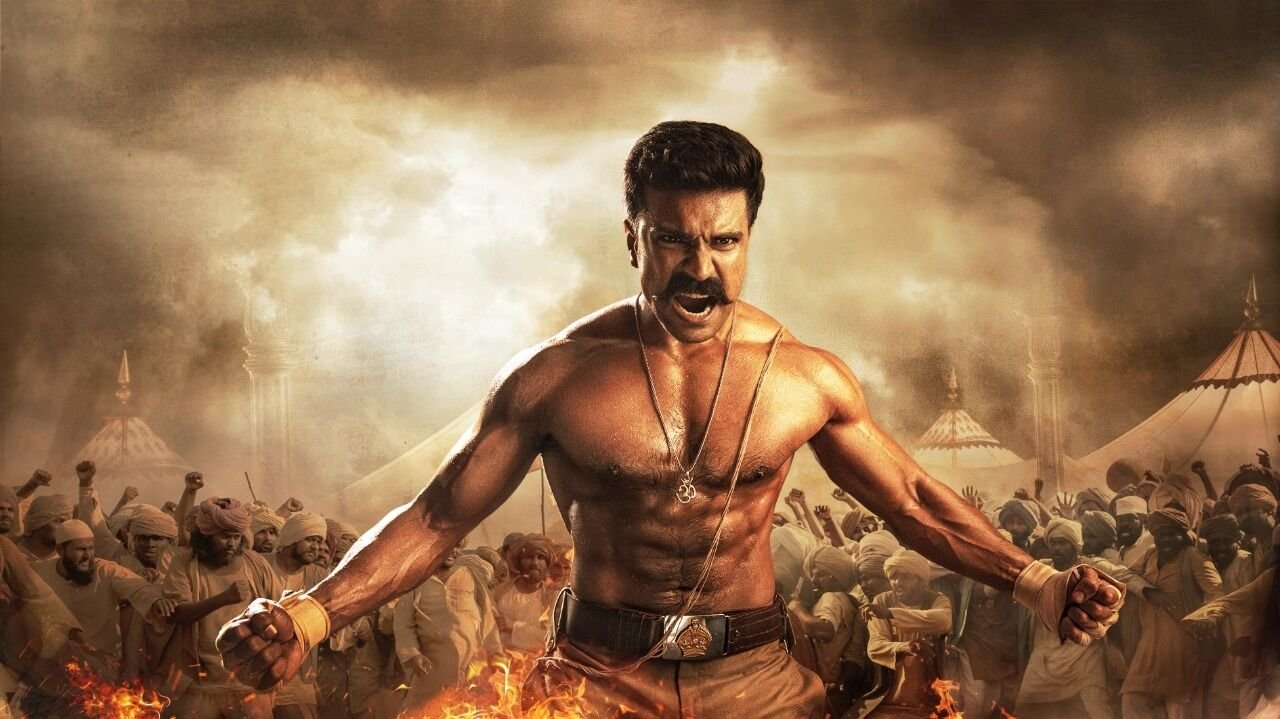 HYDERABAD – After launching the new action-packed poster of Jr NTR on Dec. 6, the makers of ‘RRR’ revealed yet another impressive poster of Ram Charan.

The brand new posters unveiled by the makers are being lauded by fans, as they amplify the existing hype around the pan-India project.

Ram Charan, who plays Alluri Sitarama Raju in S.S. Rajamouli’s directorial ‘RRR’, is seen in one of the fiercest avatars in the poster released by the team. Showcasing his ripped physique and six-pack abs, the makers hint at the kind of role Ram Charan is portraying in the movie.

The two posters, which were launched on the same day, have set the action tone for the film through the characters portrayed by Ram Charan and Jr NTR.

The makers, who are leaving no stone unturned to promote this pan-Indian movie, have succeeded in creating anticipation further for the audience wanting more.

‘RRR’ is a fictional story about two Indian revolutionaries, Alluri Sitarama Raju and Komaram Bheem, who fought against the British Raj and Nizam of Hyderabad.

Though the duo does not belong to the same time period, Rajamouli has conveyed that he tried to take the cinematic liberty to create a beautiful, soul-stirring story around the two.

Alia Bhatt, Ajay Devgn, Shriya Saran, and others appear in important roles in ‘RRR’. The movie is all set to hit the screens across the world, on Jan. 7.