HomeIndiaIndia and the worldRanil Wickremesinghe, Sri Lanka’s New President Will be Sworn in on July 21

Ranil Wickremesinghe, Sri Lanka’s New President Will be Sworn in on July 21 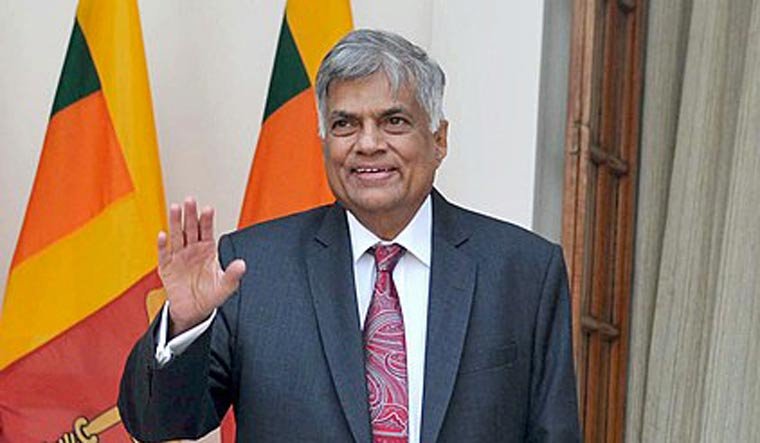 Ranil Wickremesinghe, Sri Lanka’s New President Will be Sworn in on July 21

COLOMBO, (ANI) – Ranil Wickremesinghe will take oath as the President of Sri Lanka at the parliament complex on July 21 after his victory in a parliament vote to choose a new president for the South Asian country.

Wickremesinghe will be sworn in on July 21 morning and will appoint a new prime minister within the course of the day, the officials from the President’s office said.

Wickremesinghe received 134 votes in the parliament vote following the resignation of Gotabaya Rajapaksa from the presidency last week amid severe economic turmoil in the country.

Soon after winning the parliament vote by secret ballot, Wickremesinghe addressed the parliament, calling on all legislators including the opposition parliamentarians to unite and work together with him to lead Sri Lanka out of the current economic crisis.

“We are at a critical juncture. There is an economic crisis and the youth want a system change. People want all parliamentarians to come together,” he said.

Out of the 225 parliamentarians, 223 voted to elect a new president and there were four invalid votes.

Wickremesinghe is not a new name in politics and has served as the Prime Minister of the island nation six times earlier. He was one of the top contenders for the Presidential election in which members of the House voted through a secret ballot.

Earlier, Wickremesinghe was appointed as the interim president of Sri Lanka after Gotabaya Rajapaksa fled abroad after his palace was stormed by angry protesters amid the unprecedented economic crisis.

The main opposition leader Sajith Premadasa had withdrawn his candidature from the presidential race and said he was supporting rival candidate Dullas Alahapperuma for the top post.

Sri Lanka’s economy is bracing for a sharp contraction due to the unavailability of basic inputs for production, an 80 percent depreciation of the currency since March 2022, coupled with a lack of foreign reserves and the country’s failure to meet its international debt obligations.

Hundreds of Sri Lankans continue to queue up at petrol pumps across the debt-ridden country every day amid fuel shortage, and many people are ditching their cars and motorcycles for bicycles for their daily commute.

The economic crisis which is the worst in Sri Lanka’s history has prompted an acute shortage of essential items like fuel.