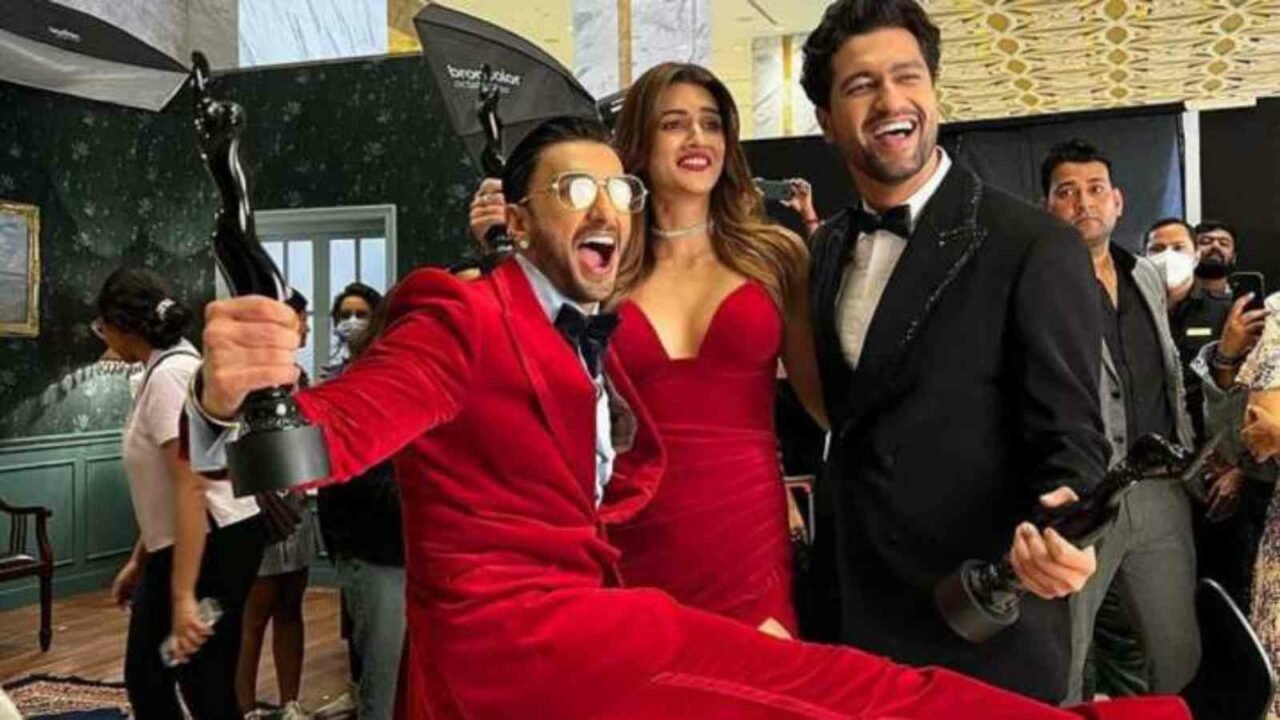 Ranveer shared the stage with his wife Deepika Padukone while accepting the “black lady” on August 30. Ranveer had also recently won the Best Actor award for his performance in ’83’ at The Indian Film Festival of Melbourne.

Kriti Sanon essayed the role of a surrogate mother in ‘Mimi’. She too had won her career’s first best actress award for the same role at the  International Indian Film Academy Awards in Abu Dhabi.

Asees Kaur received the Best Playback Singer award for the song ‘Raataan Lambiyan’. Composed by Tanish Bagchi, the song is a romantic track picturized on Sidharth Malhotra and Kiara Advani. She collaborated with singer Jubin Nautiyal for the romantic track, which has over 735 million views on YouTube.

B Praak received the Best Playback Singer award for the song ‘Mann Bharrya’ from ‘Shershaah’. Composed by him, the song was a recreated version of a hit song for Sidharth Malhotra and Kiara Advani’s starrer biopic drama film ‘Shershaah’.

Penned by Jaani, the song has over 200 million views on YouTube.