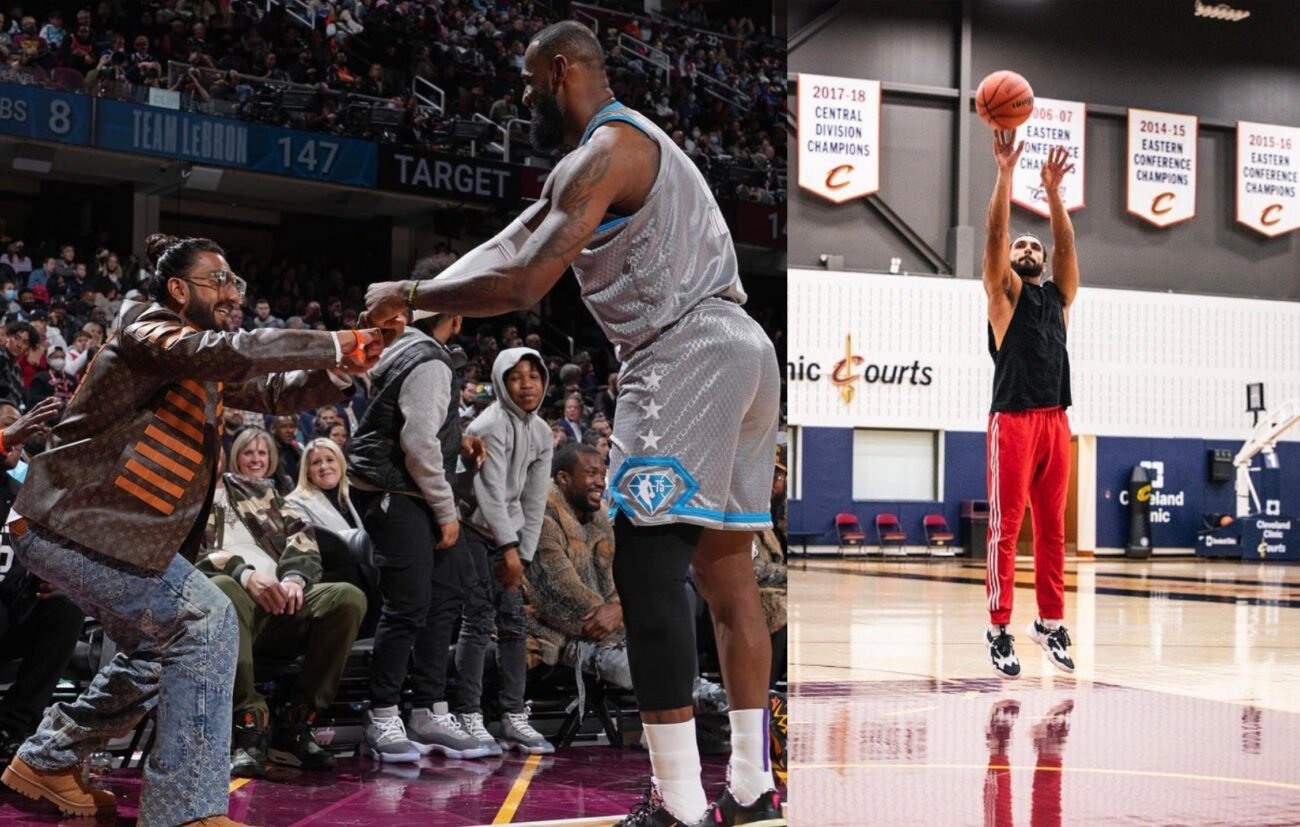 Ranveer Singh is the NBA India ambassador and he made for a forceful presence. (photo Instagram)

CLEVELAND, OH – Bollywood superstar Ranveer Singh is stoked after meeting the Lakers, LeBron James at the NBA All-Star game that was held on Feb.18 here, at the Wolstein Center.

He shared a photo with the ace basketball player, calling it a ‘precious moment.’

The actor is the NBA India ambassador and was announced as part of the Team Walton roster. The All-Star Celebrity Game, featured actors, comedians, singers, rappers and athletes.

Ranveer set social media on fire with videos going viral. In one, the announcers for the game are heard introducing Ranveer to the audience before the game with the announcer saying, “This Bollywood star has over 38 million Instagram followers. That’s right, I said over 38 million.” Ranveer took a lap of the court, acknowledging the cheering crowd.

Commentators spoke about Ranveer’s stardom saying, “You hear the crowd, that’s for Ranveer Singh…He has fans here. It’s like rockstar status!” Another video had fans screaming out his hit, “Apna Time Aageya” which he gracefully acknowledged.