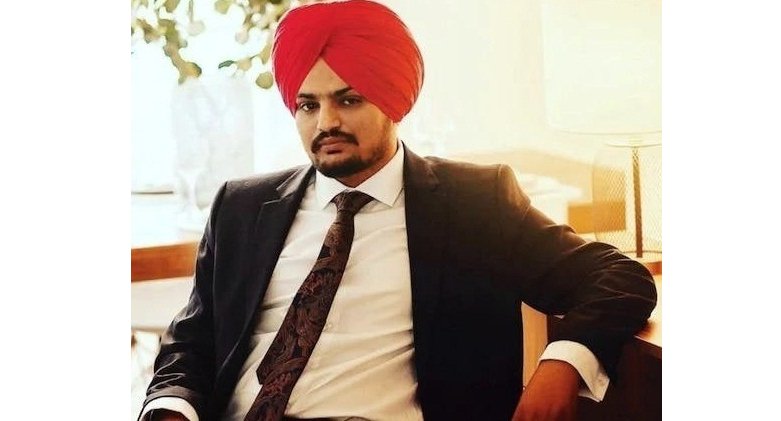 CHANDIGARH, (IANS) – The killing of Punjabi rapper Shubhdeep Singh Sidhu, widely known by his stage name Sidhu Moosewala with a huge fan base running into millions, especially among the Punjabi diaspora in countries including the UK and Canada, is a tragic loss for the Punjab community.

A report by CTV News Channel says the 28-year-old attended Humber College as an international student and recorded many of his music videos in Toronto.

The channel quoting community activist and Punjabi voice for the Toronto Raptors, Parminder Singh, said Sidhu’s death is a tragic loss for the Punjab community. “It’s truly shocking and I feel the entire community has that feeling and we all have that sense of shock when we heard about this news early this morning,” he told CP24.

Canadian comedian Lilly Singh also remembered Sidhu in an Instagram post, calling him a “young legend”. “If you see tribute images of him today, please don’t keep scrolling, but rather take a moment to stream the music of Sidhu Moosewala. It has often been featured in my content and has always resulted in people asking me, ‘what song is that?!” Singh wrote.

In less than 24 hours after his security was curtailed by the government, singer-turned-actor-politician Moosewala was shot dead by gangsters close to his ancestral village in Mansa in Punjab in broad daylight on May 29, police said.

He was at the wheel of a Mahindra Thar SUV when the assailants, believed to be 10-12 in number, fired more than 20 rounds at point blank range at the singer and his two friends, who sustained grievous injuries. Moosewala was hit by seven-eight bullets.

It is learnt that an AK-47 assault rifle was also used in the crime as its shells were recovered from the crime scene.

According to Globalnews.ca, Sidhu had been scheduled to perform at the Pacific Coliseum in Vancouver in July as a part of his Back 2 Business Tour, one of four Canadian dates.

However, ticket sales for the Vancouver date were paused last week amid security concerns.

Violence had previously broken out at some of his Canadian performances, including a stabbing at a Surrey event and gunfire at a Calgary concert, both in 2019, says Globalnews.ca.

That same year, Sidhu Moosewala was cut from the lineup of the 5X Festival in Surrey after the RCMP cited security concerns.

Punjabi-language NBA commentator and community advocate Parminder Singh knew Moosewala from his time in Brampton and described him as a “soft spoken” and “down to earth” person driven to succeed at school, music and political change.

While in Canada he studied at Sheridan College and Humber College.

Singh said Moosewala’s unique blending of North American and Punjabi elements set him apart in the music world and helped make him an international sensation.

According to Globalnews.ca, at the time of his death the rapper had amassed more than 10.8 million YouTube subscribers, won several Brit Asia TV Music Awards, produced hits that charted in Canada, the UK and New Zealand and launched his own music label.

According to The Guardian, most of Moosewala’s singles have an English title, though the songs were mainly sung in Punjabi. His glossy music videos often focused on macho culture. His debut album in 2018 made it to Canada’s Billboard albums chart.

His latest track, The Last Ride, was released this month.

A report by Canada’s largest online news site Toronto Star says the singer/rapper rocketed to fame in Brampton after moving from India as an international student.

“His (Moosewala) music had gotten onto the Billboard Canadian Hot 100 charts and was about to propel an international tour including a stop in a 5,000-seat arena in Mississauga, right next door to his home-base in Brampton, to which he paid homage in 2019 with his song “B Town”.

Toronto Star says planned performances in Canada, over the last few years, have been plagued by security concerns.

In 2019, the CBC reported that Surrey RCMP did a public safety assessment before the popular rapper was set to take the stage for the local 5X Fest Block Party, which resulted in the performance being yanked from the lineup.

The city, in a statement provided to the CBC, cited “public safety issues at past performances: a stabbing at another Surrey concert, plus shots being fired at a Calgary event.

Hours after the killing of Moosewala, a Canada-based gangster Goldy Brar took the responsibility for the murder. The name of Lawrence Bishnoi has also come to the fore in the killing.

Brar took to his social media account to claim the responsibility, writing that “he and Lawrence Bishnoi group was behind the murder.”

Moosewala shared a personal bond with his fans. “My songs resonate with their deepest emotions, their loves and likes. They hang on my words and wait for my new releases and sing along when I sing on their request. In other words, they trust me,” singer-turned-politician Moosewala, who called Toronto his second home, had told IANS during his campaigning as the youngest and crowd-puller candidate in the Punjab electoral arena in February.

Controversies were not new to Moosewala. He created a stir by allegedly misusing the name of 18th century Sikh warrior Mai Bhago in his track ‘Jatti Jeonay Morh Di Bandook Wargi’ with panthic bodies demanding his arrest for hurting Sikh sentiments. He later apologised.

Moosewala, who was facing charges of promoting violence and gun culture in his song ‘Sanju’, joined the Congress party on December 3, 2021.