HomeIndiaIndia and the worldReferring to Russia, India Says Human Rights Violations Should Not be Tolerated

Referring to Russia, India Says Human Rights Violations Should Not be Tolerated 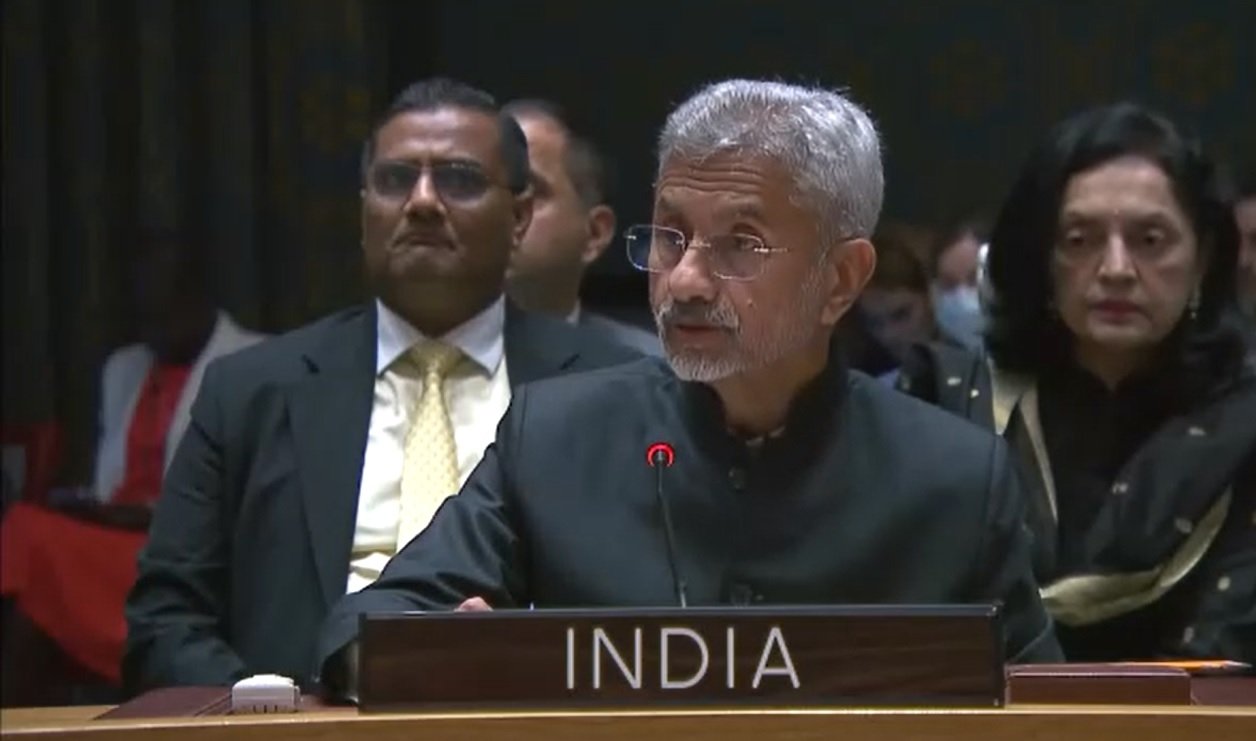 Referring to Russia, India Says Human Rights Violations Should Not be Tolerated

NEW YORK, NY (IANS) – External Affairs Minister S. Jaishankar on September 21 asked the UN Security Council to send an unambiguous message that impunity in carrying out violations of human rights will not be tolerated and called for independent investigations into incidents in Ukraine.

“Politics should never ever provide cover to evade accountability. Nor indeed to facilitate impunity,” he said at a Security Council briefing on impunity in Ukraine, which has been invaded by Russia.

He said, “The fight against impunity is critical to the larger pursuit of securing peace and justice. The Security Council must send an unambiguous and unequivocal message on this count.”

“Even in conflict situations, there can be no justification for violation of human rights or of international law (and) where any such acts occur, it is imperative that they are investigated in an objective and independent manner,” he said.

Jaishankar said that India backed independent investigations into the killings in Bucha, a city in Ukraine where more than 400 bodies were found in April after Russian troops withdrew from there.

But he decried what he said was politics coming in the way of sanctioning terrorists, allowing them impunity.

“Regrettably, we have seen this of late in this very Chamber, when it comes to sanctioning some of the world’s most dreaded terrorists,” he said in a reference to China blocking sanctions against Pakistan-based Lashkar-e-Taiba (LeT) leader Sajid Mir, involved in the 2008 Mumbai attacks, Jaish-e Mohammed (JEM) leader Abdul Rauf Azhar, and Jamaat-ud-Dawah (JuD)A leader Abdul Rehman Makki.

China has blocked the sanctions against them at the security Council at the behest of its ally Pakistan.

“If egregious attacks committed in broad daylight are left unpunished, this Council must reflect on the signals we are sending on impunity. There must be consistency if we are to ensure credibility”, Jaishankar said.

He reiterated India’s demand for an immediate end to all hostilities in Ukraine and a return to dialogue and diplomacy and quoted Prime Minister Narendra Modi’s statement to Russia’s President Vladimir Putin that “this cannot be an era of war”.