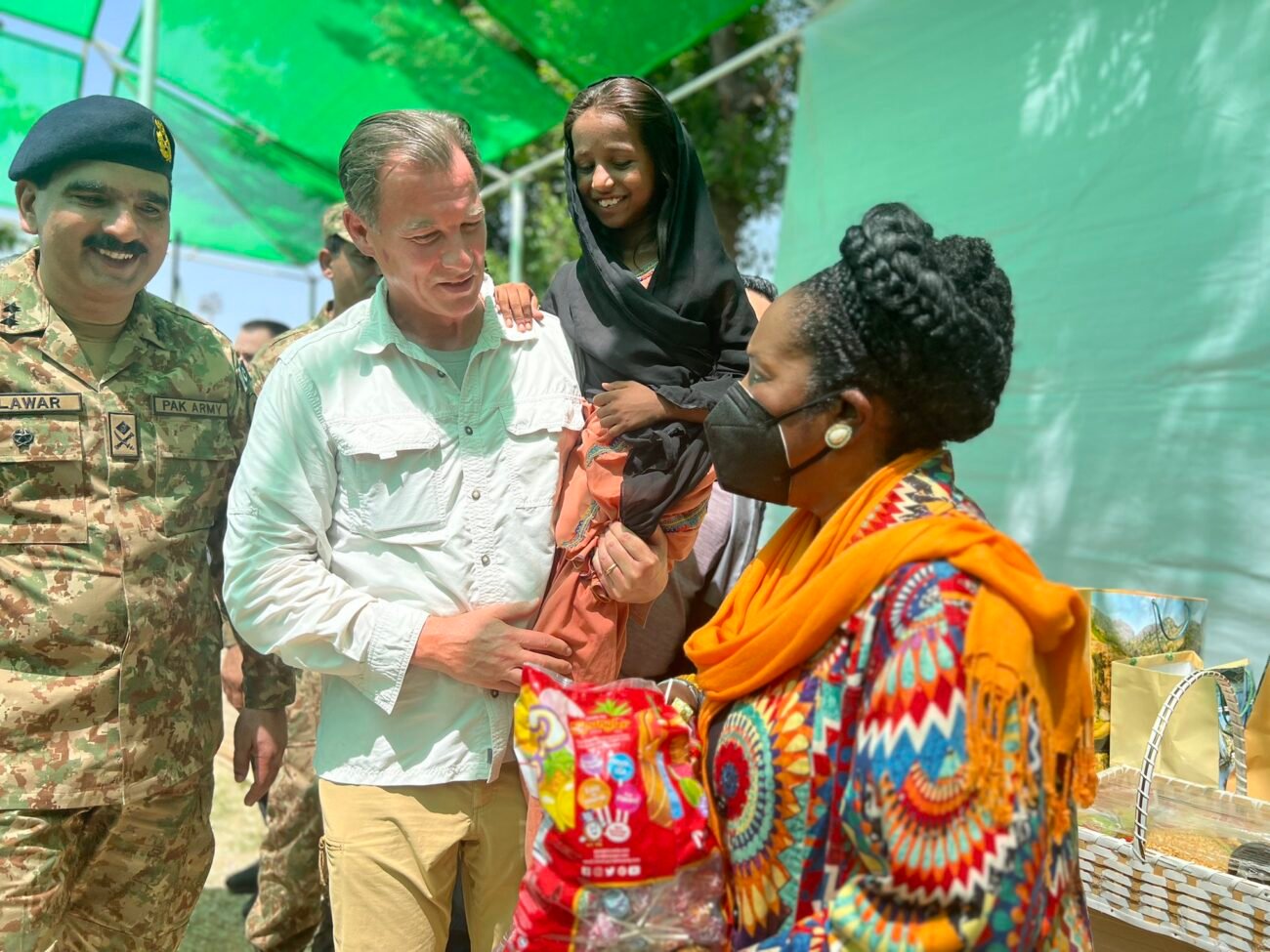 ISLAMABAD – Amid Pakistan’s flood fury, a five-member delegation from the United States, headed by Congresswoman Sheila Jackson Lee on September 4, visited flood-hit areas to review the rescue and rehabilitation efforts.

The delegation, which also included Congressman Tom Suozzi, (D-NY), and the US Ambassador to Pakistan Donald Blome, visited Dadu district in Sindh province and reviewed the flood situation on the ground and during an aerial view of the area.

Taking to Twitter, she said, “The flooding devastation in Pakistan is catastrophic with over 30 million people impacted. It’s urgent that the United States offers to help with possible airlifts of food and necessities to isolated and starving people.”

“We can’t wait, more people will die. As chair of the Pakistan caucus, the Caucus will work with our colleagues to push for major continuing aid. Now is the time for relief,” Jackson added.

Notably, the United States on Aug 30, announced an additional $30 million in life-saving humanitarian assistance to support people and communities affected by severe flooding in Pakistan.

The US embassy in Pakistan said this support will save lives and reduce suffering among the most vulnerable affected communities. According to the statement, the United States will continue to monitor the crisis in coordination with local partners and Pakistani authorities.

In addition to the $30 million in urgently needed humanitarian assistance, the United States also provided over $1.1 million in grants and project support earlier this month to ensure direct assistance reaches those communities most impacted and to help mitigate and prevent the effects of future floods.

According to satellite images from the European Space Agency (ESA), more than one-third of Pakistan is underwater amid its worst floods in history.