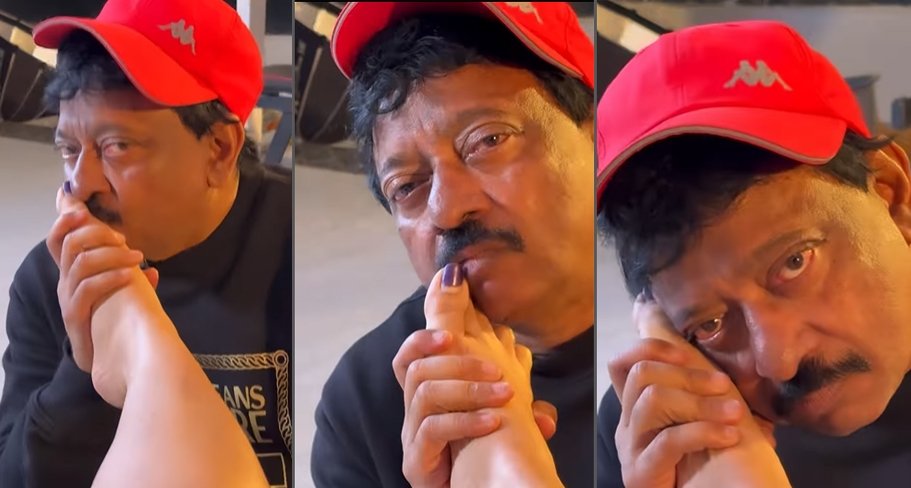 MUMBAI, (IANS) – A video of filmmaker Ram Gopal Varma, known for giving blockbusters like ‘Rangeela’, ‘Satya’ and ‘Sarkar’, in which he is licking and kissing actress Ashu Reddy’s feet, has gone viral on social media.

He recently posted a picture of himself sitting on the ground near Ashu’s feet and kissing it.

He captioned the picture: “The DANGEROUS me with the DOUBLE DANGEROUS ASHU REDDY.” This was followed by a couple of more pictures and a video post, which featured RGV touching and kissing Ashu’s feet.

In the clip, he mentioned that he is sitting on the floor to remind everyone how women should be treated.

‘Dangerous’ is directed by Ram Gopal Varma and features Apsara Rani and Naina Ganguly as leads in the roles of lesbians. The movie is based on homosexuality and will showcase how the lesbian couple fights society to lead a happy married life. The movie is all set to go on floors on December 9.

Ashu Reddy gained popularity after she participated in the third season of ‘Bigg Boss Telugu’.