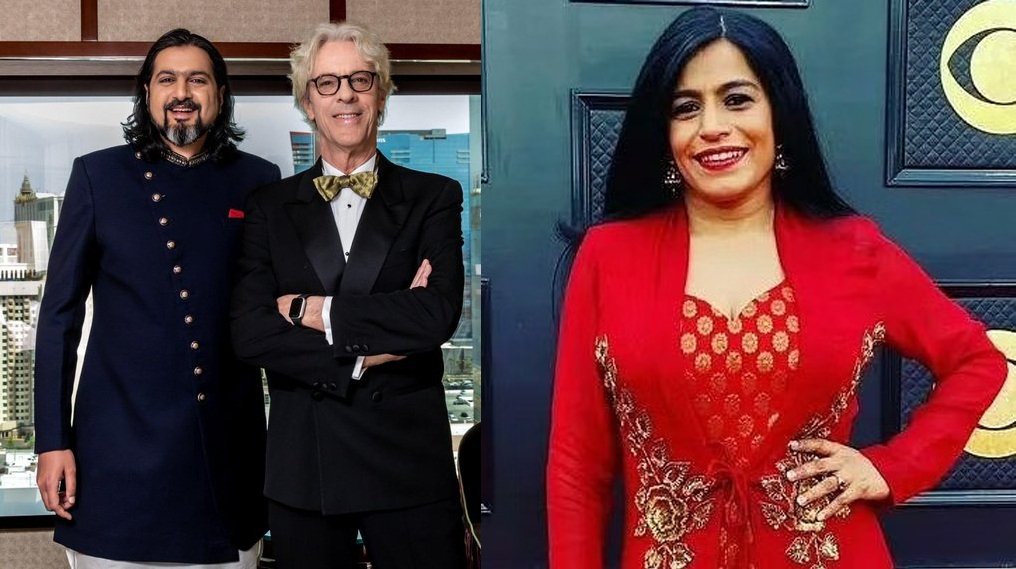 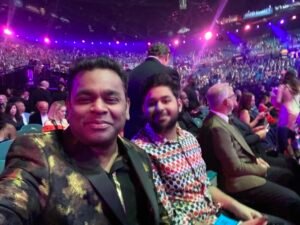 This year’s Grammys was held here at the MGM Grand Arena on Apr.3
Falguni, a New York-based musician has, in the past, worked with A.R. Rahman in ‘Slumdog Millionaire’. She received her early training in music under the legendary sarangi and vocal master Ustad Sultan Khan in Mumbai.
Spotted at the ceremony was maestro Rahman along with his son. He tweeted a few pictures with the hilarious caption, “Parenting.”

In her acceptance speech at the awards, she said, “Who would have thought that having my mother sing an old children’s lullaby from India would get a response from parents in America?” She also took to her Instagram and posted a picture of herself with her award celebrating her win. The singer donned a traditional red and golden ensemble at the Grammy Awards 2022.

Kej, a qualified dentist-turned-composer, who has also done ad jingles and written the scores of many Kannada films, greeted the audience with a namaste as he stepped on to the stage at the MGM Grand Marquee Ballroom, venue of the 64th Grammy Awards in Las Vegas. 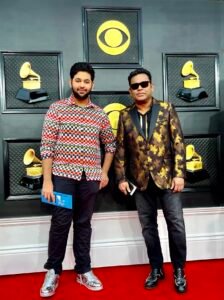 He won his first Grammy in 2015 for his album, ‘Winds of Samsara’, when none other than the celebrated Hollywood composer Hans Zimmer congratulated him.

Kej tweeted ecstatically after the Grammy Awards: “Filled with gratitude and love this living legend standing with me – @copelandmusic. My 2nd Grammy and Stewart’s 6th. Thank you to everyone who ever collaborated, hired, or listened to my music. I exist because of you.” Accompanying the tweet was a picture of Kej with Copeland.

Born in North Carolina in 1981, Kej, according to his biography, is half-Punjabi, half-Marwari, and has lived in Bengaluru since he was 8. He studied at Bishop Cottons School in Bengaluru before finishing college with a degree in dentistry.

But music was his first love and he started off as a keyboardist with the progressive rock band Angel Dust before becoming a full-time composer of jingles and advocate of green causes.