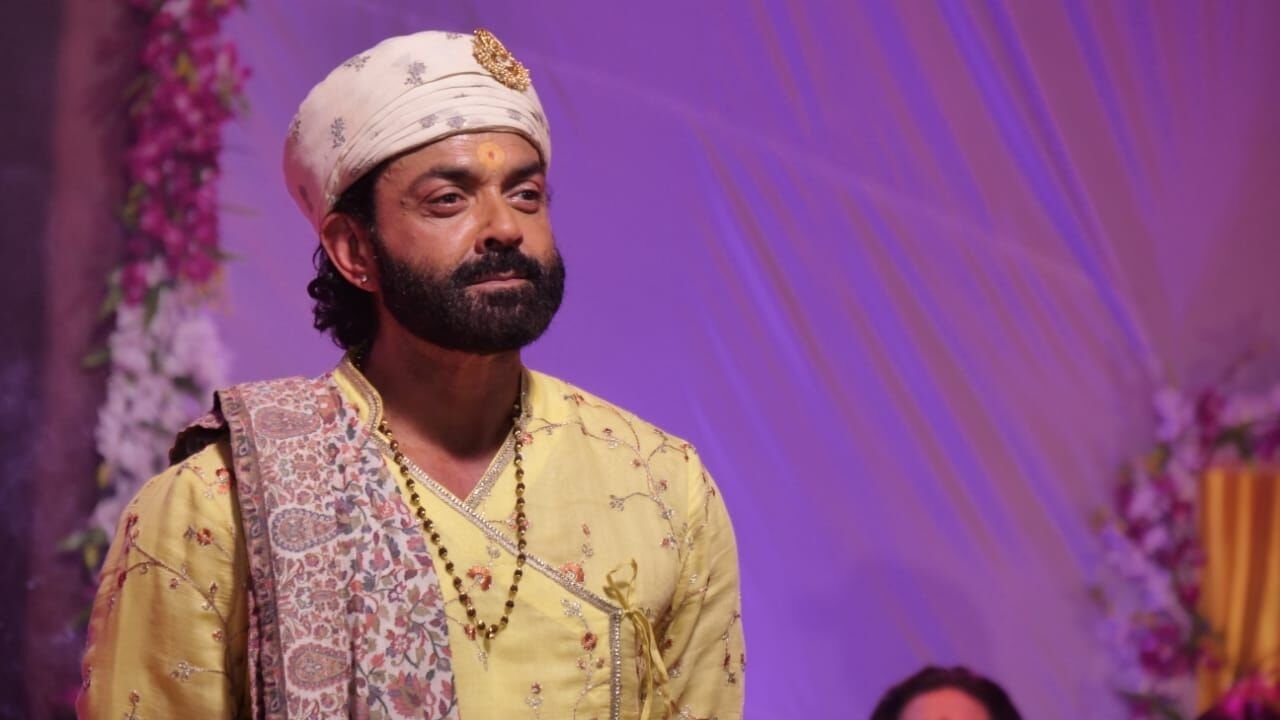 Bobby Deol in a scene from “Ashram 3.” (photo via IANS)

BHOPAL — Film actor Bobby Deol starrer web-series “Ashram-3” landed in a controversy on the second day of its shooting after a group of right-wing outfit, Bajrang Dal vandalized the set and threw ink on its director Prakash Jha in Bhopal.

Bajrang Dal leaders talking to IANS said they have objection to its title – ‘Ashram’ and its content which is an attempt to tarnish the image of Hinduism and its Ashram system.

Replying to a question whether they have gone through the script before raising objection, Sushil Sudele, state convener of Bajrang Dal, said, “It is already known in public from the last two series of the same drama. We accept that some Ashrams have been indulging in such kind of activities and they are in jail now. If you want to make a film, then give a particular name of that particular Ashram. You cannot tarnish the image of the entire Ashram system, this is our objection.”

Bajrang Dal members said if film directors and actors will continuously make such types of films or web series, people will lose faith in Ashram system.

“Title ‘Ashram’ indicates that it would be a religious drama, but the content is filled with vulgarity, that is why we have asked director Jha to change the name of his web-series and he has agreed,” Bajrang Dal leader said.

During the protest at the set right-wing members shouted slogans against Jha and Bobby Deol.

Prakash Jha and team is scheduled to shoot third part of his web-series ‘Ashram -3’ at different locations in Bhopal and it was the second day of their shoot at old Jail in Arera Hills area on Monday when Bajrang Dal members attacked.

They have a long schedule of shooting for two months in Bhopal and some surrounding locations.

Two parts of the same web-series – “Ashram 1” and “Ashram 2” have already been released last year.

The Ashram web-series, a Hindi crime drama, shows how a police officer investigates a preacher who cons his devoted followers out of money.

Madhya Pradesh Home Minister Narottam Mishra later also defended Bajrang Dal members saying that director Prakash Jha should not play with the sentiment of Hindus. He also said that the state government will make some changes in rules to provide permission for film shooting according to which director has to ensure that religious sentiments will not be hurt.

However, despite all the controversy, shooting of “Ashram-3” continues in Bhopal.