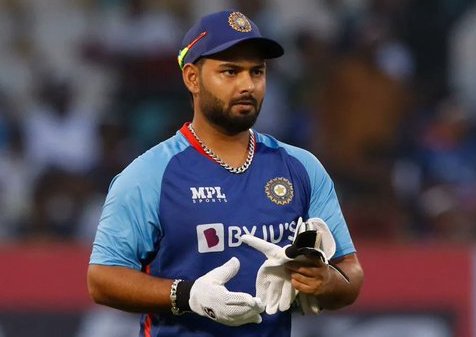 NEW DELHI, (IANS) – The results of India wicketkeeper Rishabh Pant’s MRI of the brain and spine are normal, said a medical bulletin, after the cricketer suffered in a serious car accident near Roorkee, Uttarakhand on December 30 morning.

The 25-year-old has also undergone plastic surgery to manage his facial injuries, lacerated wounds, and abrasions while the MRI scans of his ankle and knee have been postponed till Saturday because of pain and swelling.

The medical bulletin released by the hospital on December 30 evening also said Pant is “stable, conscious and oriented”, the report further said.

Earlier in the day, BCCI had also released a statement, saying that Rishabh has two cuts on his forehead, a ligament tear in his right knee and has also hurt his right wrist, ankle, toe and has suffered abrasion injuries on his back.

The accident took place in the early hours on December 30, when Pant was driving to Roorkee from Delhi. His car, which was severely damaged in the accident, is reported to have hit the divider on the road and subsequently caught fire on the Delhi-Dehradun highway.

The left-handed batter was initially taken to a local hospital — Saksham Hospital Multispecialty and Trauma Centre — where he was treated for impact injuries before being moved to the Max Hospital in Dehradun.

Pant was not part of the India squads for the T20I and ODI home series against Sri Lanka starting from January 3. He was due to head to the National Cricket Academy in Bengaluru for strength and conditioning before the Test series against Australia in February.

He most recently played a match-winning inning of 93 in the first innings of the second Test against Bangladesh in Mirpur, which helped India clinch the series 2-0.