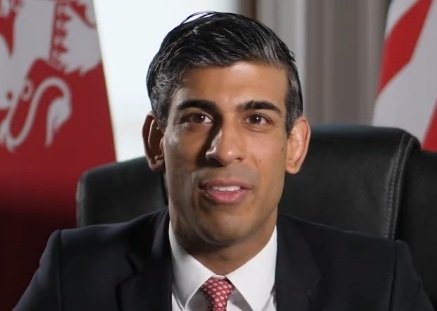 LONDON – Rishi Sunak, of East African Indian origin, was on July 12 being touted as the bookmakers’ favorite in the British Conservative party’s leadership contest. The winner will automatically become the UK’s Prime Minister.

Previously, the favorite in a poll of Conservative party members, who will ultimately determine the choice, was Ben Wallace, presently defense secretary. He has, however, declared he will not compete.

Oddscheckers’ price on Sunak was 1.6/1. The second favorite was Penny Mordaunt, minister for international trade, who had in the past been defense secretary, at 3.3/1. The third favorite was the foreign secretary Liz Truss at 4/1. Tom Tugendhat, who has no ministerial experience but is chair of the House of Commons’ Foreign Affairs Committee, was quoted at 9/1; while Jeremy Hunt, a former foreign secretary, was being offered at 14/1.

The vacancy was created when the incumbent Boris Johnson lost the confidence of his party MPs after a series of scandals and resigned on July 7. 11 candidates have since thrown their hats into the ring. Among them, Sunak, who chancellor of the exchequer before he resigned last July 5, and Suella Fernandes Braverman, who is of Goan descent and is still serving as caretaker attorney general.

There are two runners of Pakistani extraction – Sajid Javid, who was health secretary in the Johnson cabinet till he led the spate of resignations on Tuesday, and Rehman Chishti, who was appointed a third-tier minister in the Foreign Office after nearly 60 ministers decided not to remain in office under Johnson.

On July 11 evening in London, Sir Nicholas Brady, the chairman of the Conservative Parliamentary Party’s ‘1922 Committee’, which sets the rules of the race, said nominations will close on Tuesday. A candidate will need the backing of at least 20 MPs out of a total of 358 Conservative MPs to go forward. The first ballot will take place on July 13 and the outcome revealed the same evening. Similarly, the second round is provisionally scheduled to take place on July 14. He expected that a maximum of three rounds of balloting will be needed to whittle down the contestants to two.

The full membership of the Conservative party – estimated to be around a quarter of a million – will then choose the winner. The result will be declared on 5 September, when parliament is scheduled to return from its summer recess.

The Guardian indicated: “With just two contenders so far having the support of the 20 Tory (Conservative) MPs needed to get them on to the ballot, the remaining nine hopefuls were scrambling to shore up support by Tuesday night before knockout votes begin on Wednesday.” Sunak and Mordaunt were said to have the backing of 40 and 24 MPs respectively. Braverman is reported to have 12. A candidate will have to muster at least 30 votes in the first round to enter the second round.

Johnson will remain as lame duck premier until the election of his successor is made public. He told reporters he “wouldn’t want to damage anybody’s chances” by offering his backing to any of the candidates.