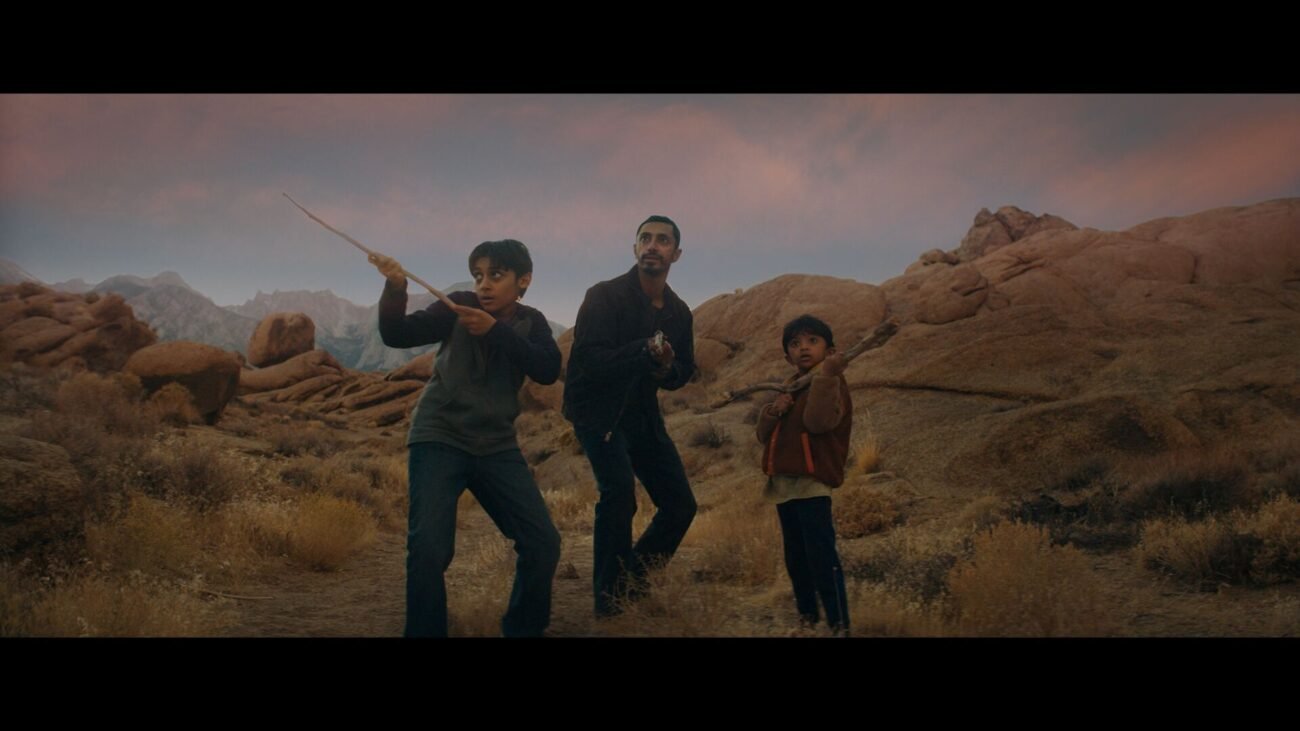 British Pakistani actor Riz Ahmed is seen in a still from his upcoming film, “Encounter.” (photo courtesy of TIFF)

2021 began on a great note for British Pakistani actor Riz Ahmed and will also end with a bang. While at the beginning of the year, he made history as the first Muslim nominated for the Oscar for lead actor for his role in “Sound of Metal,” he is now earning rave reviews for his work in his upcoming film, “Encounter.”

The film, which will be in theaters Dec. 3, will be available on Prime Video Dec. 10.

In the film, a decorated Marine (Ahmed) goes on a rescue mission to save his two young sons from a mysterious threat. As their journey takes them in increasingly dangerous directions, the boys will need to leave their childhoods behind.

“Anything Riz does is worth a watch,” wrote one commentator on YouTube after the film’s trailer was launched. “Riz Ahmed…what a great actor…he is one of the most underrated talents around!! He is going to blow up the global acting scene soon!!” wrote another.

“The fact that Riz Ahmed didn’t win an Oscar for ‘Sound of Metal’ just shows you how irrelevant that award has become. Powerhouse performance,” opined another.

Tariq, a film director, producer, and screenwriter, was born in Karachi, Pakistan. He co-directed and produced the Sundance-funded documentary “These Birds Walk” (2013) with Omar Mullick, and he was named in Filmmaker’s “25 New Faces of Independent Film” in 2012, according to Wikipedia.

Watch the trailer for “Encounter” here: