HomeEntertainmentCinemaRoad To Reform’ is Heartwarming Film on Prisoners’ Reform: Watch 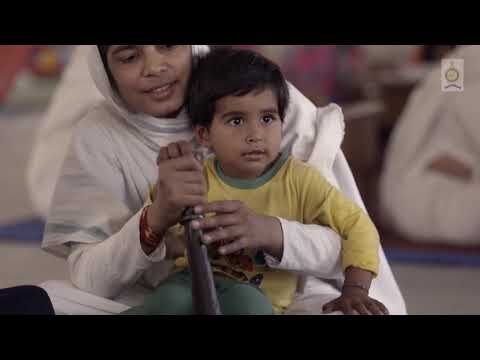 “Road to Reform” is both made with a mission and a work of passion. Sanjeev Sharma, who heads the Mumbai’s Ronkel Media & Research Institute (which conducts classes in multiple film-making departments) has written and directed this 1-hour film with infinite perseverance in its research and execution.

To a good extent, he has influenced the Rajasthan law authorities to now look at jail as more a place for reforming prisoners than as a punishment zone. The film has been funded by the Home Ministry, government of India, and facilitated by the IPS (policemen) officers of the state. It was also released by Ashok Gehlot, chief minister of Rajasthan, who has now ordered the establishment of a Placement Center for reformed prisoners and has named the road heading towards the Jaipur prison as “Road to Reform” after this film!

“I have been awarded the Director General’s Commendation Role for the film. It is a highly coveted and highest honor given by the head of uniform department like Indian Army, Indian Police, BSF, CISF etc. to his subordinates for their exceptional work. It is rarely given to civilians,” says Sharma in a note, summing up the result of his hard work and missionary zeal.

Sharma has ingeniously written a fictional script focusing on prisoner rehab and the entire cast of the film is made up of real police officers and real prisoners, including Rajeev Dasot, director-general of prisons. The two main (fictional) characters, Dinkar and Sima, are essayed respectively by Manisha Gurjar and Surendra, who were trained to act from among over 1000 and 100 male and female prisoners respectively. Dinkar’s father, Sima’s mother and all characters are also real inmates.

Dinkar is released after five years in prison after wrong company got him into drug smuggling, while Sima was similarly entrapped in a human trafficking gang. The emotional connect comes from their parents and Sima’s infant child and his growth to the age of 8 when Sima is chosen for Open Camp, where a prisoner sentenced for life gets to live a free and productive life (a bank approves a loan here for Sima to start her own parlor, as jail authorities have recommended the girl who is brilliant at ‘mehndi’) as long as he or she reports for a daily roll-call.

Comparing reformed convicts to newborn children, Sharma makes a strong case for their reformation with kindness and compassion. According to him, a criminal comes from society, commits a crime, completes his jail sentence, and returns to society. The prisoner must now be treated as a normal person by family, friends and associates and given the same respect and treatment as anyone else.

While Sima’s story ends on an optimistic note (a cover story in a daily supporting her by a media person), Dinkar gets an open end as he hunts for a job, since he graduated with distinction from within jail and has shown exceptional conduct while imprisoned. Dinkar shows his honesty repeatedly by mentioning his prison tenure, but even those who find him promising do not accept him because of this one black mark. The stories are completely fictional but generate the necessary sympathy for them, boosted further by Sima’s growing son.

The music swerves between apt and routine and technically the film is smooth. Standing out for its nuanced script and expert direction, “Road to Reform” is a must-watch for everyone who believes that a criminal is not born but is a by-product of society who must be nursed back to health.