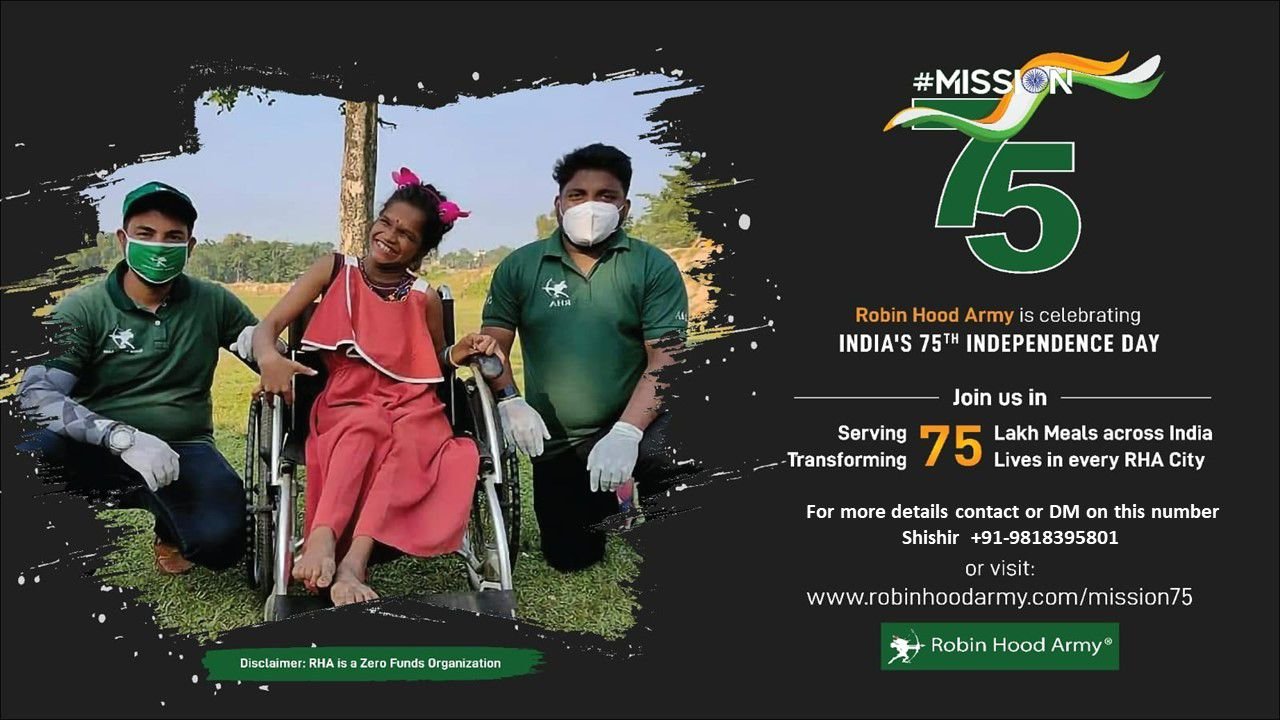 NEW DELHI, (ANI) – As India marks 75 years of independence, Robin Hood Army, a zero-funds volunteer organization, is celebrating the occasion by serving 75 lakh meals across India and transforming 75 lives in each city.

In 2014, Neel Ghose, RHA founder and a handful of friends spent one evening distributing excess food they had collected from local restaurants to the less fortunate people living under the Hauz Khas flyover in South Delhi. Four years later, this initiative had developed into The Robin Hood Army, an organization entirely based on volunteer work that used food redistribution as a medium to bring out the best in humanity.

By the end of 2019, the Robin Hood Army was present in twelve countries, was serving over 500,000 meals per month, and had helped more than 750 children enroll in public schools.

All of it without raising a single rupee, in line with their “golden rule” of being a zero-funds organization. The organization is tackling all challenges and opportunities associated with the fast growth and international expansion of a start-up that operates with no monetary assets.

The organization works to get surplus food from restaurants and communities to serve the less fortunate. RHA “Robins” are largely students and young working professionals who volunteer for the organization in their free time.

Robins serve the lesser fortunate sections of society including homeless families, orphanages, patients from public hospitals and old age homes. Modelled on the Re-Food program in Portugal, the Robin Hood Army started on the streets of Delhi, India in August 2014.

The organization has just one rule – zero funds. The Robin Hood Army has no revenue, employees, or office space – if someone wants to help, all that is needed is time.