HomeIndiaRohingya Refugees Sue Facebook for $150B, Alleging Role in Violence 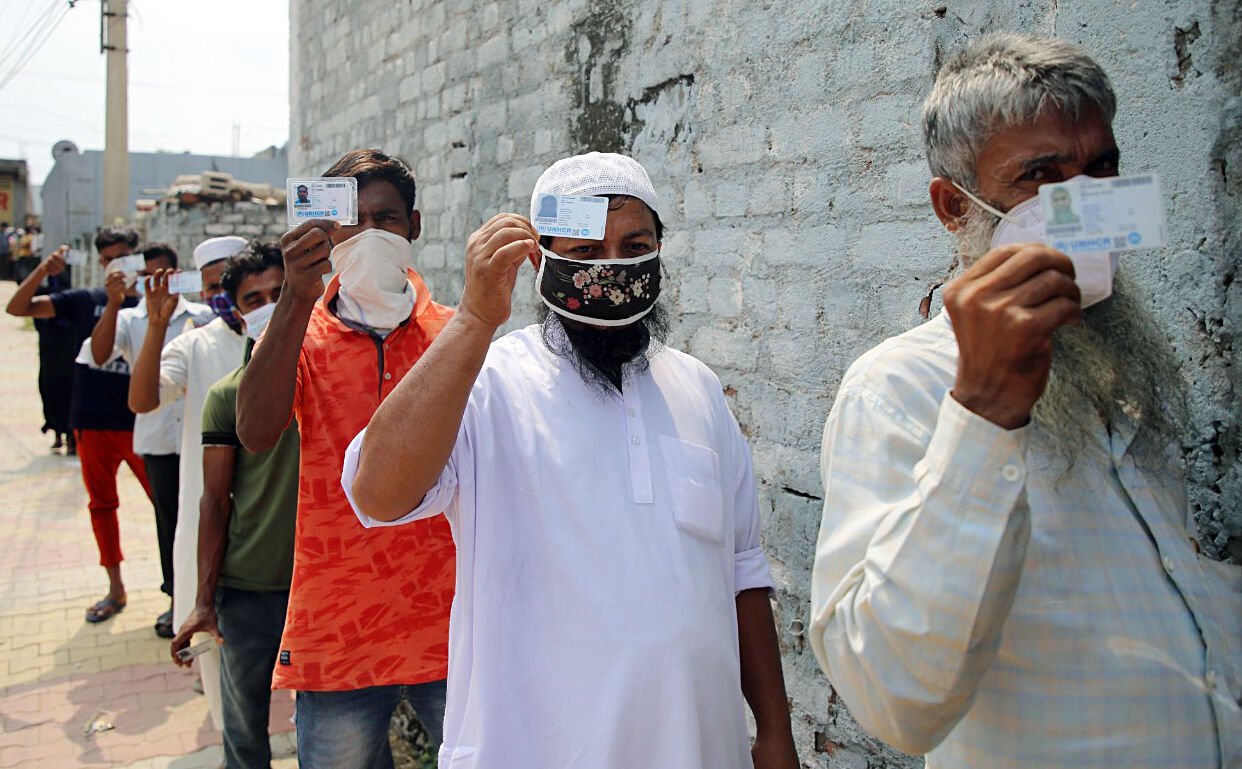 File photo of Rohingya refugees showing their UNHCR cards as they wait in a queue to get a dose of the COVID-19 vaccine, at a vaccination center in Jammu on Sept. 18, 2021. (ANI photo)

LONDON (AP) — Rohingya refugees sued Facebook parent Meta Platforms for more than $150 billion over what they say was the company’s failure to stop hateful posts that incited violence against the Muslim ethnic group by Myanmar’s military rulers and their supporters.

Lawyers filed a class-action lawsuit Dec. 6 in California saying Facebook’s arrival in Myanmar helped spread hate speech, misinformation and incitement to violence that “amounted to a substantial cause, and eventual perpetuation of, the Rohingya genocide.”

Lawyers in the United Kingdom have issued notice of their intention to file a similar legal action. Facebook, which was recently renamed Meta, did not immediately, reply to a request for comment.

It’s the latest in a series of accusations that the social media giant fueled misinformation and political violence, outlined in redacted internal documents obtained by a consortium of news organizations, including The Associated Press.

The combined legal claims from Rohingya refugees are being filed on behalf of anyone worldwide who survived the violence or had a relative who died from it.

The Rohingya are a Muslim ethnic group forced to flee persecution and violence in Myanmar starting in 2017, with an estimated 1 million living in refugee camps in neighboring Bangladesh. Some 10,000 have ended up in the United States.

More than 10,000 Rohingya have been killed and more than 150,000 were subject to physical violence, according to the law firms organizing the cases.

The lawsuits say Facebook’s algorithms amplified hate speech against the Rohingya people and that it didn’t spend enough money to hire moderators and fact checkers who spoke the local languages or understood the political situation.

They also say Facebook failed to shut accounts and pages or take down posts inciting violence or using hate speech directed at the ethnic group.

Facebook arrived in Myanmar in 2011, arranging for millions of residents to access the internet for the first time, according to the lawsuit filed in California Superior Court for San Mateo County. But the lawsuit says the company did little to warn people about the dangers of online misinformation and fake accounts — tactics employed by the military in its campaign against the Rohingya.

“The resulting Facebook-fueled anti-Rohingya sentiment motivated and enabled the military government of Myanmar to engage in a campaign of ethnic cleansing against the Rohingya,” the lawsuit says.