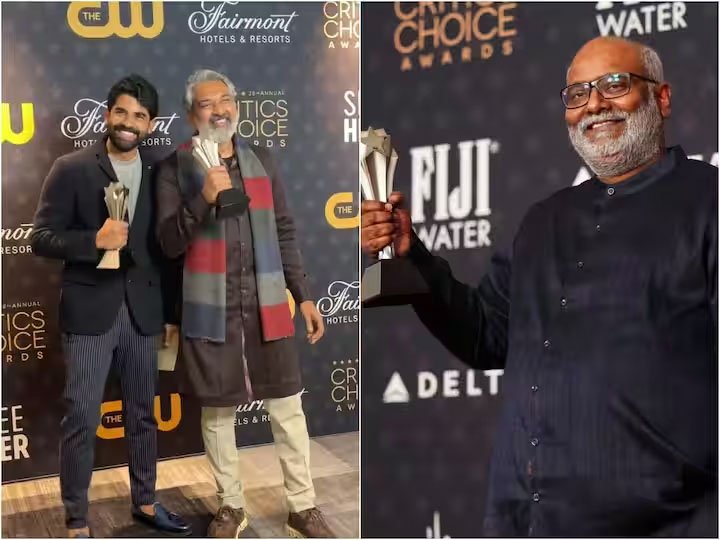 LOS ANGELES, CA (IANS) – S.S. Rajamouli on winning the Best Original Song and Best Foreign Language Film at the 28th Critics’ Choice Awards on January 15 at the Fairmont Century Plaza Hotel here, dedicated the honor to all the women in his life.

While accepting the honor, Rajamouli said: “To all the women in my life. My mother Raja Nandini thought school education was overrated and she encouraged me to read comics and storybooks and encouraged my creativity. My sister-in-law Srivalli who became like a mother to me always encourages me to be the best version of me.”

Before signing out, he gave a shout-out to India: “And finally, to my motherland India, Mera Bharat Mahan – Jai hind.”

He said, “because of the uniqueness and freshness.”

The acceptance speech was shared on the RRR movie’s Twitter handle. The caption read: “Naatu Naatu Again!! Extremely delighted to share that we won the #CriticsChoiceAwards for the BEST SONG #RRRMovie Here’s @mmkeeravaani’s acceptance speech!!”

The song edged out tracks like Taylor Swift’s ‘Carolina’ from’ Where the Crawdads Sing’, ‘Ciao Papa’ from – Guillermo del Toro’s ‘Pinocchio’ Lady Gaga and Bloodpop’s ‘Hold My Hand’ from ‘Top Gun: Maverick’, Rihanna’s ‘Lift Me Up’ from ‘Black Panther: Wakanda Forever’ and ‘New Body Rhumba’ from White Noise.