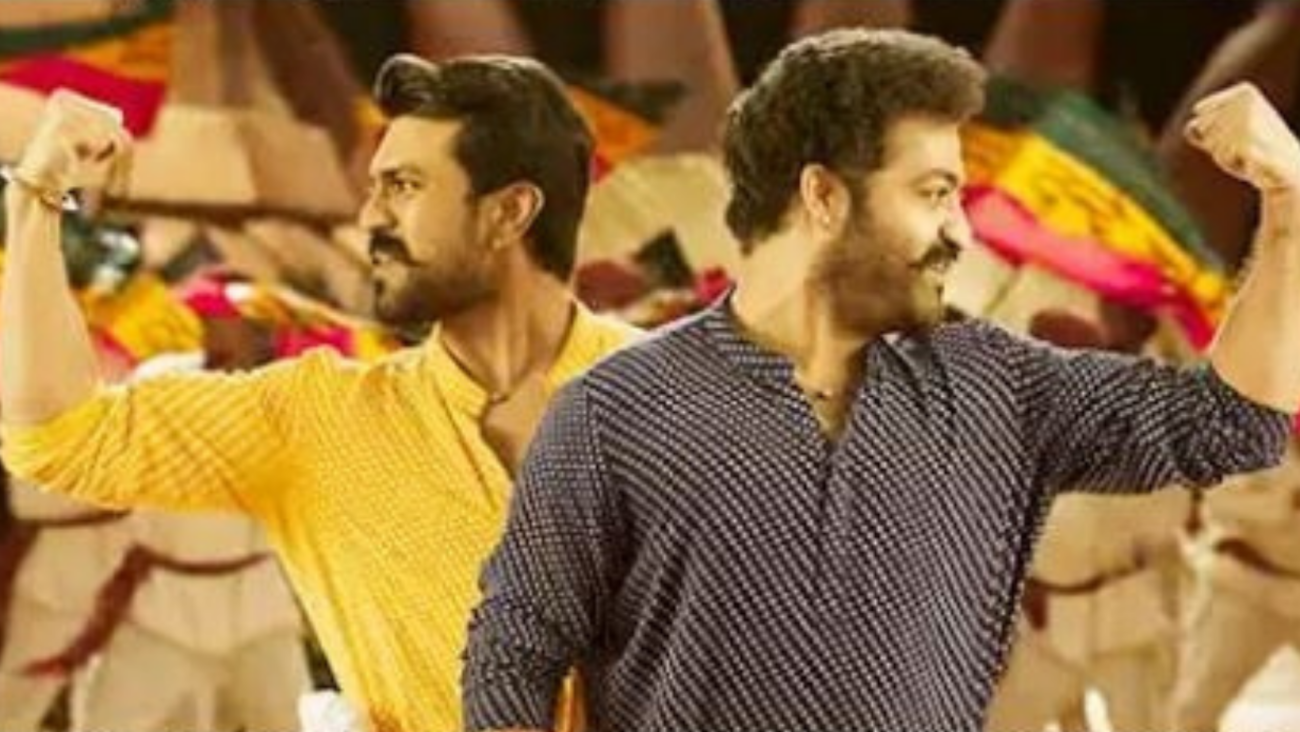 BENGALURU (IANS) – Images of the protagonists in the latest box-office super hit ‘RRR’ tell a great story of friendship on the big screen.

In real life too, the Tollywood actors Jr NTR and Ram Charan are winning hearts for their friendship.

On several occasions during the run-up to the movie’s release and after that too, the camaraderie between the two star actors, scions of two of the most powerful Tollywood clans, have touched a chord with the people. It looks like their friendship spans several years at least.

But nothing could be farther from the truth. A couple of years ago, it would have been impossible to imagine seeing the two stars in the same frame, let alone a three-hour-long multi-star blockbuster! In fact, Jr NTR confessed as much in some of his media interactions.

It was a trend that symptomized the deep divisions in Tollywood for many years. Where stars refused to act in multi-starrers for fear of being overshadowed or offending the sentiments of their fans.

In recent years, however, the trend seems to be slowly but surely reversing.

A few years ago, ‘Seetamma Vakitlo Sirimalle Chettu’, a family entertainer starring Venkatesh and Mahesh Babu became a blockbuster. Then came ‘Bahubali’ where S.S. Rajamouli brought Prabhas and Rana Dagubatti together to the big screen. It was a casting coup of sorts for the director to get Rana play the antagonist. In more recent times, ‘Bheemla Nayak’ had Pawan Kalyan facing off with Rana on screen.

“Today’s stars are more concerned about the story and their characterization. They believe in letting bygones be bygones,” a director said on the condition of anonymity.

For generations, the Telugu film industry has been dominated by clans headed by a father-figure who is himself a star. Tollywood initially had stars like NT Rama Rao (NTR) and Akkineni Nageswara Rao (ANR) who amassed immense popularity and clout. They were followed by Krishna and Krishnamraju who became icons in their own rights. After that came Balakrishna, Chiranjeevi, Venkatesh, and Nagarjuna.

“The relations between the first generation stars could be described as frosty at best. NT Rama Rao and ANR were best friends but fell apart later. Similarly, NT Rama Rao and Krishna were not on the best of terms,” a senior film journalist recalls.

Interestingly most of the current crop of Tollywood stars hail from one or the other of these movie clans.

For instance, leading Telugu actor Balakrishna is NT Rama Rao’s son, while NTR is his grandson and Balakrishna’s nephew.

On the other hand, Ram Charan is Chiranjeevi’s son. Chiranjeevi heads the extended clan which includes the Allu family. Between them, this clan has as many as nine film stars. This includes the likes of Chiranjeevi’s kid brother Pawan Kalyan, and nephew Allu Arjun.

Similarly, Prabhas is Krishnamraju’s nephew and Rana is related to actors Venkatesh and Nagarjuna. Nagarjuna’s sons Naga Chaitanya and Akhil are also stars in their own right.

In a further sign of the changing times, actor Mahesh Babu participated in an episode of the Telugu version of ‘Kaun Banega Crorepati’ hosted by NTR. The two spent a lot of time in friendly conversation belying the old rivalries between their families.

Similarly, NTR’s uncle and top actor Balakrishna hosted his top-rated show ‘NBK’ on Aha, the OTT platform promoted by the Allu family who are closely related to Chiranjeevi.