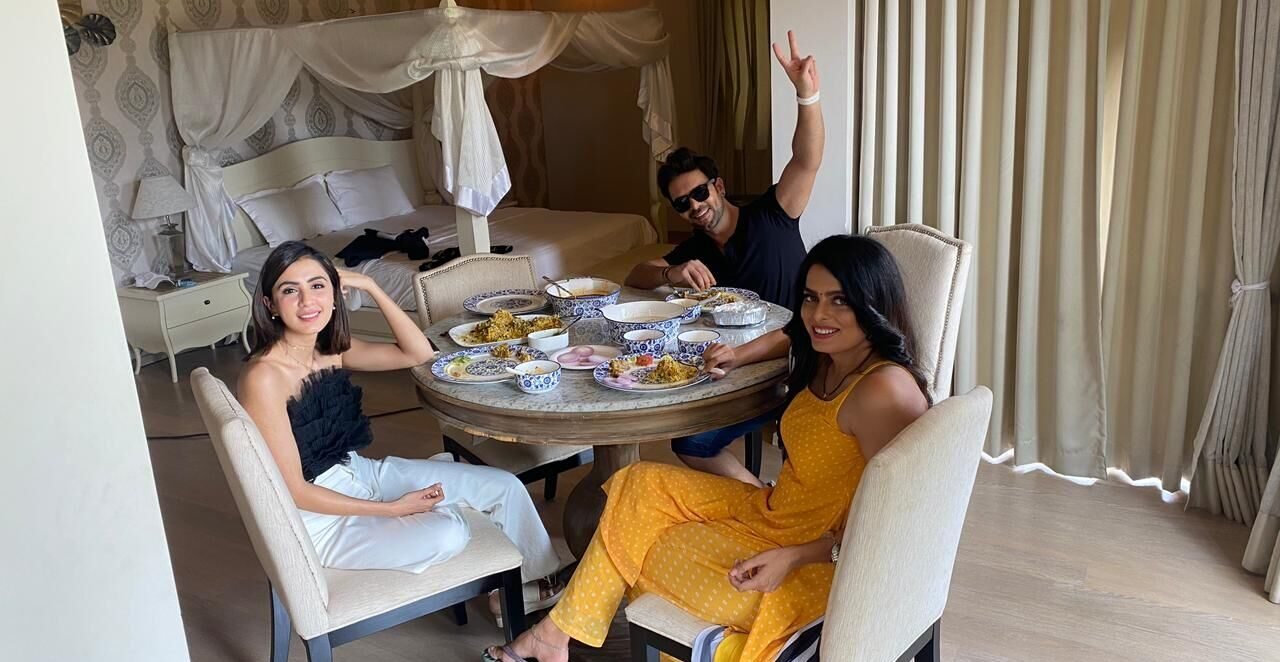 MUMBAI — Zee TV’s top-rated show, “Kundali Bhagya,” has offered several interesting twists to its viewers since its inception and has kept the audience gripped for months. Ever since Karan was put behind bars for taking the blame of Akshay’s murder, Preeta has been desperately trying to set him free from jail.

Meanwhile, Sherlyn (Ruhi Chaturvedi), Prithvi (Sanjay Gagnani) and Mahira (Swati Kapoor) have been individually plotting different ways to keep them both apart. The upcoming episodes will now show the trio teaming up to add more drama in Karan’s and Preeta’s life. While the members of the Luthra family are constantly against each other, the members of the off-screen “Kundali Bhagya” family are close and connected, especially actors Chaturvedi, Gagnani and Kapoor.

While each of them share a special bond with the entire cast and crew, the “Team Villain” as referred to by Sanjay Gagnani in his recent Instagram reel, has often been seen spending time with each other between breaks or after pack-up. Talking about his equation with the other two, Gagnani said, “We have been shooting for “Kundali Bhagya” for so long that everyone has become really close to each other, it almost feels like we are one large joint family.”

He added, “While each person, be it my co-actor or even a crew member, is close to me, I share a very special bond with Ruhi and Swati. Whenever we get some spare time in between our shots, we are either cracking jokes or playing some really fun games like Antakshari or Taboo. Considering even our characters think alike and are often teamed to function together, we tend to rehearse lines and practice our scenes also together. We also keep pulling each other’s leg and were making jokes about each other while rehearsing lines.”

Gagnani said that having such a deep bond with not just them but with the entire team makes the process of acting a lot more fun. “Moreover, it really breaks the monotony that usually sets in after a while,” he said. “While I really can’t reveal much of what’s going to happen in the coming episodes, I can assure you that our viewers will be thoroughly entertained.”

While Prithvi, Sherlyn and Mahira have teamed up against Karan and Preeta, the latter has raised her guard and is all set to shield her love against their evil intentions. But will she be successful?